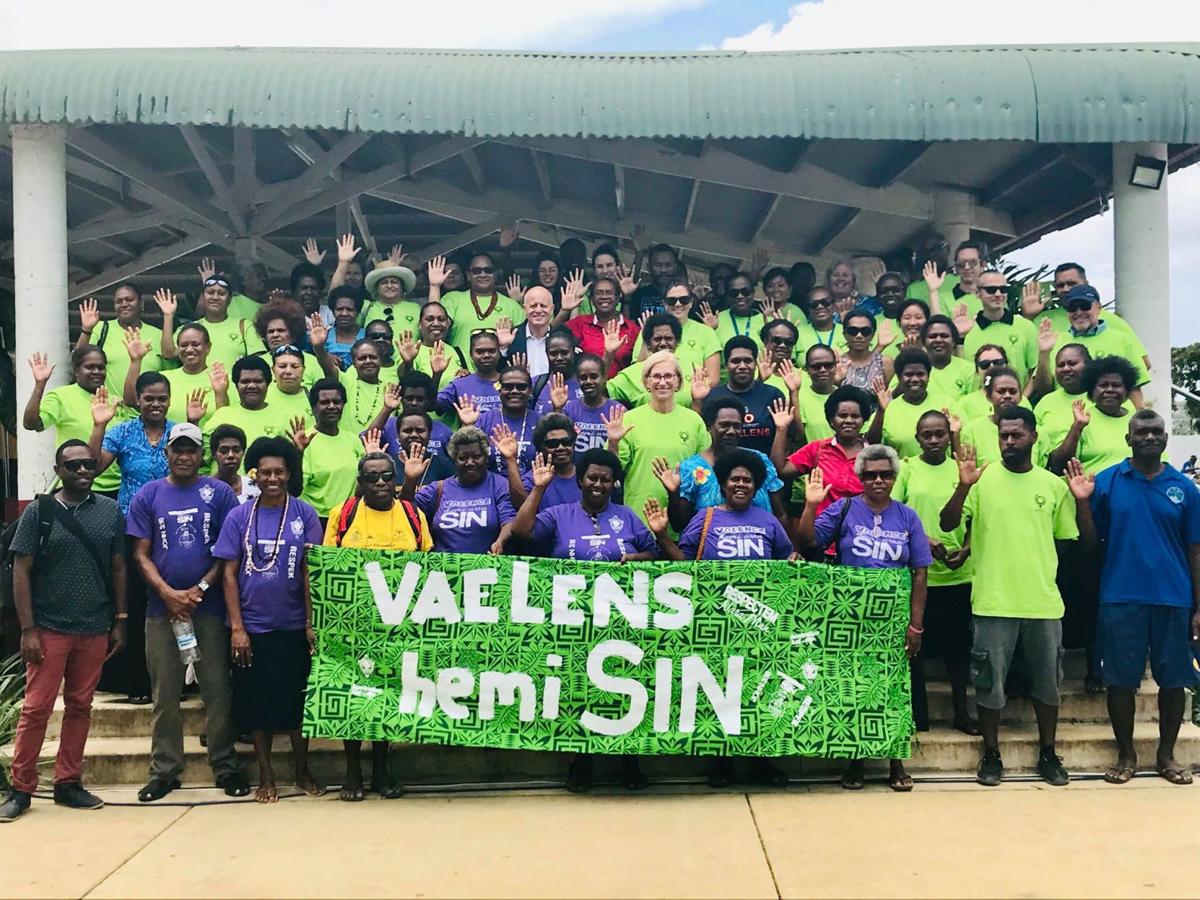 A march from Fatumaru Bay to Seafront stage led by Vanuatu Women’s Centre yesterday morning marked the opening of the 16 days of Activism.

In his remarks, New Zealand High Commissioner, Jonathan Schwass made New Zealand’s stance on violence against women and girls clear.

“The New Zealand Government is proud to be part of efforts to combat violence against women and girls in Vanuatu, and the High Commission is honoured to be part of the 16 Days of Activism campaign,” he said.

“Let me say at the outset that we in New Zealand have a real problem with violence against women and girls.

“This is a matter of shame for most of us and it’s something that many New Zealanders are working to address. We’re learning along the way that there is no single magic way of fixing gender based violence.”

Commissioner Schwass said this needs to be tackled at many levels: in the home, in schools, in churches, through civil society, by the police and by local and central government.

“We’ve also learned, to our regret, that the underlying issues that drive violence against women are not going to be fixed overnight, or even quickly,” he said.

“There needs to be a concerted and coordinated effort by all of us, probably over quite a long time to bring about real change, and it’s not going to be easy.

“I don’t claim to be an expert on Vanuatu society, but I’ve been here long enough to know that this country, along with others throughout the Pacific, also has a major problem with violence against women and girls.

“Vanuatu’s social structures are admirable for their focus on family and collective well-being and non-material values.

“But the data tells us that 60% of women in Vanuatu have experienced either physical or sexual violence by a husband or partner. It also tells us that rates of sexual abuse against young girls are alarmingly high.”

He said addressing these issues can only start with an acknowledgment that the problem exists.

“That involves raising awareness, which is what the 16 Days of Activism campaign is fundamentally about.

“It’s about talking discussing the uncomfortable issues that everyone really wishes weren’t there.

“It’s about bringing together people who want to bring about change to try and find solutions.”

The NZ High Commissioner to Vanuatu mentioned that earlier this year, New Zealand announced a significant increase in its support for the Department of Women’s Affairs to combat gender-based violence in Vanuatu.

“This is a large investment for us – about Vt400 million. But it will be worth it,” he said.

“Addressing gender based violence is critical to Vanuatu’s ongoing development and to ensuring that there is shared prosperity at all levels of society. My government is committed to doing everything it can to support the Vanuatu government, civil society and families in this vital work.

“Let’s all agree right now that violence against Women, Girls and Children is not acceptable, it is not excusable and it is not tolerable. And it’s up to all of us to bring about change.” 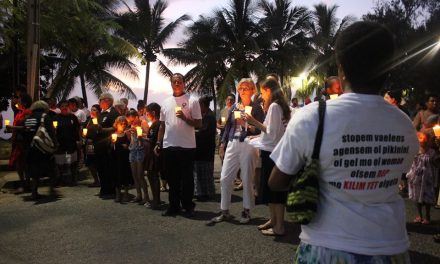 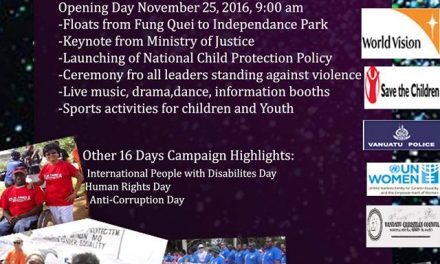