Jane Smith is the descendant of Tannese who were blackbirded to Bundaberg, Queensland, in the late 1800s. Last week in Sista i Shine, Jane spoke about her deep love of Vanuatu and told stories about her mother Hope Nagas Eggmolesse, who never had the chance to visit Vanuatu. This week, Jane and her husband, Geoff, talk about the exploitation of seasonal workers who come to Australia. 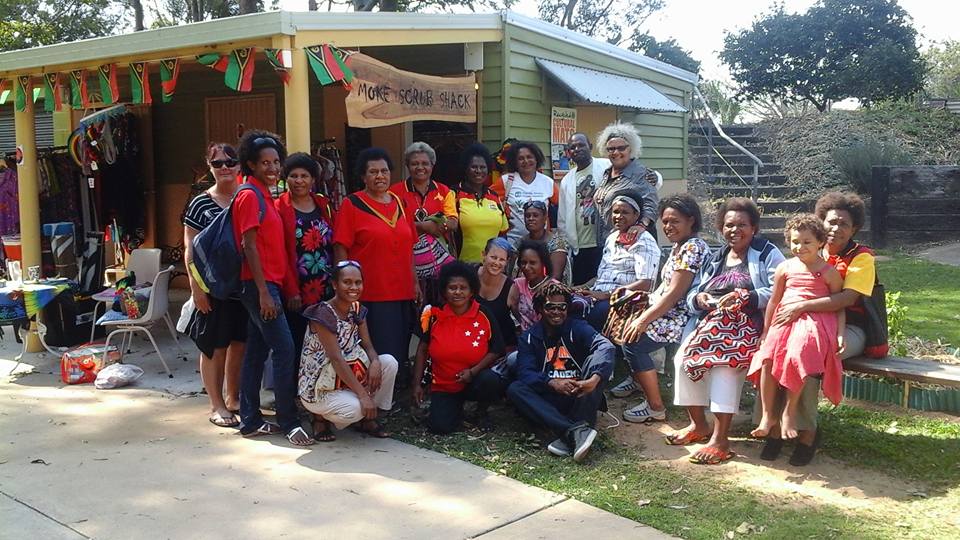 Jane will be returning to Vanuatu for the umpteenth time in July to help teach ladies how to sew as well as to celebrate Vanuatu’s independence with her family. Jane and Geoff have always provided support to Ni-Vanuatu. The couple is based in Bundaberg where they own a small shop called Moke Scrub Shack. After Cyclone Pam devastated Vanuatu in 2015, they organized two 40-foot containers filled with wheelchairs, crutches, hospital equipment, schoolbooks, food and clothing to be distributed to affected areas.

When Ni-Vanuatu came to Queensland for seasonal work, Geoff provided mentoring as he has a background in industrial relations. But soon Jane and Geoff discovered that some of the workers were being exploited. The exploitation of seasonal workers particularly affected Jane who likened the situation to modern day slavery. ‘This time they didn’t trick them by coming onto boats. Now they had them flying over instead,’ Jane said.

When South Sea Islanders were first brought to Queensland, many of them were kidnapped or tricked into coming. Without laws or labor contracts, they were paid very little or nothing at all. When a law was later passed to regulate labor trafficking in the 1860s, many of the South Sea Islanders didn’t speak English, couldn’t read or write and didn’t understand the conditions of the contract they were signing. It’s believed that their wages were less than one third than other laborers. Racism saw them being treated as second-class citizens and plenty of them died due to a lack of immunity to many of the diseases common to the European community. Some of these diseases, including Hepatitis B, were passed down to future generations. This includes Jane’s own family who had three brothers die from kidney problems.

‘If you look at Australia’s history, islanders and indigenous people have always been mistreated and underpaid,’ says Geoff. ‘If you come to Australia for seasonal work, I would advise that you join a union so that you are protected. I have always been part of a union and I understand what it can do for people. They are there to uphold your rights and inform you of both you and your employer’s responsibilities.’ 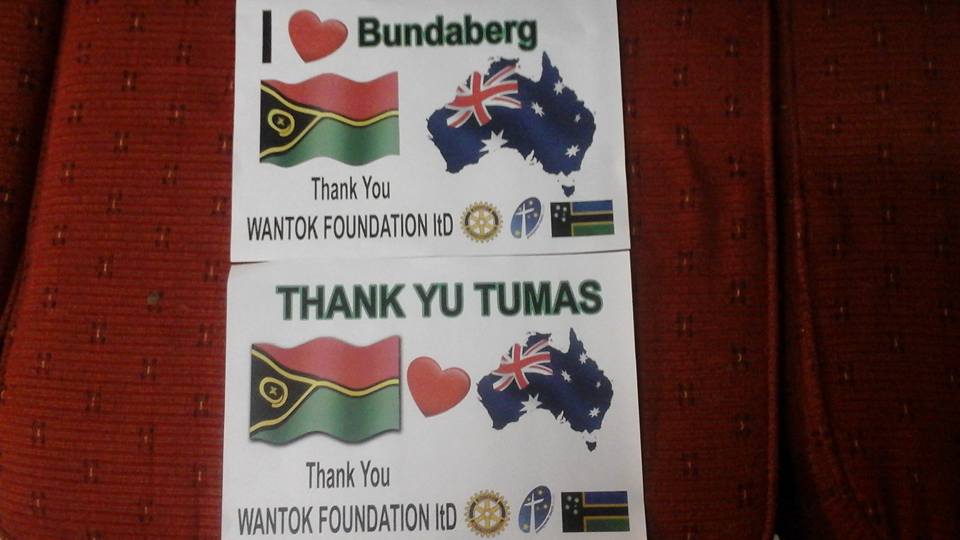 Geoff says the he already warned the Vanuatu government that seasonal workers would be exploited before the RSE scheme started. When he was in Port Vila with Jane in 2014, they attended a meeting by an organization called Vanuatu Connection that was recruiting seasonal workers and asking people to pay 5000vt for membership.

‘They didn’t get any receipts and we called them out on it and told them to be transparent’, says Jane. ‘They had 250 names of people aged between 18 – 40 years old. Later we found out that Vanuatu Connection had never been registered in Vanuatu or Australia, they just had a government stamp to make themselves seem legit.’

The Smiths’ shop always has a Vanuatu flag on display. One day a Ni-Vanuatu man came into the shop and said that some of his colleagues had gone to Gatton but would be returning later to pick the rest of the team up to go to Caboolture. When it started to get dark, Geoff and Jane brought them back to their house to feed them when they realized that no one was coming to get them.

The next day, the young group of Ni-Vanuatu men continued to say that their transport was coming but Geoff says, ‘I started smelling a dirty rat’. The story began to slowly unravel. Over the next 12 hours, Geoff drove a hired bus across Queensland and picked up Ni-Vanuatu seasonal workers to bring back to Bundaberg. ‘Some had been paid, some had never been paid and most of them were working to pay for their board at backpacker hostels. We had officials from Canberra come, we got churches and local ministers involved. No one could understand what was going on and they wanted to send them back.’

Jane and Geoff insisted that the workers be treated fairly in accordance with the 416-visa program. The couple organized accommodation and food and even dipped into their own pockets to help the workers. They believe they have spent up to $8000 of their own money to assist them. ‘We can’t be that kind anymore,’ admits Jane. ‘That’s a lot of money that we don’t have to spare. We are hard working people who help when we can, but we are not rich. There are rates and bills to pay.’

‘That’s why they need to join a union,’ adds Geoff. ‘They would take care of them and remind employers of their obligations. They wouldn’t need to worry about food, housing or their employers not complying with workplace laws. It turns out these boys were working for Emmanuel Bani who is a complete crook!’ 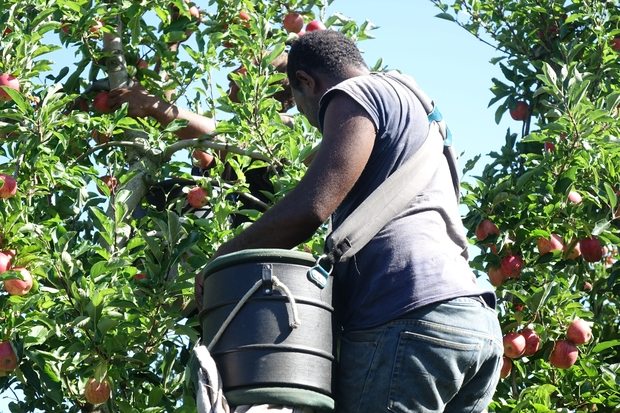 The Exploitation of Seasonal Workers

The Fair Work Ombudsman has taken action in the Federal Circuit Court against Queensland man Emmanuel Bani and his company Maroochy Sunshine, for allegedly underpaying 22 workers a total of $77,649, over a period of four to seven weeks in 2014. Fair Work Australia said the company was obliged to provide the workers with at least 30 hours work each week and wages of more than $500 each, per week, but thirteen workers were allegedly paid nothing at all and others were paid individual amounts of between $50 and $300.

‘They had underpaid annual leave entitlements, no tax file numbers, no superannuation, no insurance and money was being taken out to pay for food and accommodation,’ says Geoff. ‘Before seasonal workers come out to Australia, they need to be educated in Vanuatu about workplace laws and unions. Corrupt agents and farmers tell them that unions are trouble. They get told to hide or if someone asks about their earning, to not be friendly. It’s just terrible.’

The men finished off their work in other places in Queensland. Some of them went out to Emerald to a Tongan contractor who also treated them unfairly. When the Tongan contractor was confronted about his misconduct, he allegedly replied, ‘Don’t worry about it. They are earning more money than if they were in Vanuatu’. Geoff said, ‘This is his own Islander people and he has the nerve to say that! He’s robbing his own people. I said to him, ‘That’s not the point. If they work in Australia, they are entitled as every other Australian.’’

Geoff says the exploitation goes beyond being cheated on payments. ‘One guy had a hole in his stomach for three weeks after piercing his stomach from a fence. It got severly infected. It didn’t help that he was just eating noodles and grapes from the vineyard. We told them, you can’t just eat the grapes off the vine because they’ve been sprayed. You need to wash or peel them! His employer didn’t offer any support and the fella got really sick.’

Geoff and Jane encourage all seasonal workers who come to Australia for work to join a union to ensure their rights are protected. The couple will be visiting Vanuatu later this month to celebrate Independence Day and to empower women through sewing classes.