Public Service Commission (PSC) Chairman Martin Mahe, Commissioner of Labour (COL) Murielle Meltenoven and their respective spouses have lodged a formal complaint on criminal defamation and unlawful discrimination under section 120 and 150 of the Penal Code.

Section 120 on criminal defamation states: ‘No person shall by spoken or written words, gestures or any other method maliciously expose any other person alive or dead to public hatred, contempt or ridicule, or otherwise harm the reputation of that other person.’

Chairman Mahe told Daily Post that the complaint is filed against several individuals.

Chairman Mahe said they are also going to file a civil claim for damages against these individuals.

The complaint stems from a heated debate on social media regarding the appointment of Mrs. Meltenoven where it was alleged the recent appointment of the COL was influenced by purported affair between the Chairman and COL.

“The allegations are false, serious and have affected our homes,” he said.

“The criminal charges would be filed against people who have specifically us on social media without facts and evidence to substantiate the so-called extramarital affair.

“They have tarnished my reputation as the Chairman of the Public Service Commission. They have diminished my reputation among Facebook users and people have been swearing at me and criticising me unfairly for something that has no basis and evidence. The issue affected me and my family over the weekend.”

A very disappointed Mahe said Mrs. Ligo proclaims herself to be the chairlady of Women Against Crime and Corruption (WACC) but contradicted her role when she headed a private Facebook chat group to attack the COL and himself, using language that undermines and damages their reputation.

Having access to the details of the exchanges in the chat group, Mahe said there are institutions such as the Ombudsman’s Office, the Right to Information Office (RTI) and Police for the public to go to and lodge their complaints should they are dissatisfied with the recent appointments of the directors.

“It is very sad to see someone like Mrs. Ligo, a woman leader who is known for her role at promoting and empowering women and advocating gender issues, attacking the Commissioner of Labour who is a young lady in that leadership role and also the appointment of the other six women directors, of which PSC has appointed them last week Thursday,” said Mahe.

“The appointment of these women marks an history in the Vanuatu Public Service to promote gender and encouraging more women in leadership roles.”

The head of PSC appeals to the “keyboard warriors” on social media who were criticizing him and the Commissioner to gather all their evidences and rally behind WACC now that there is a legal proceeding for criminal defamation.

He said his term would lapse on April 14, and he is inviting those who feel they are eligible for the position of Chairman to PSC to indicate their expression of interest to the National Government.

Mahe reiterated that until another person is appointed to the post he is still the Chairman of PSC, whether the WACC or any other individual or group likes it or not.

“I have listened with interest on the interview session of Dr. Thomas and Mrs. Ligo with the Buzz 96, and I must say that their views and stand are all contrary to the terms of good governance and good ethics,” he said.

However, in their response to Mr. Mahe’s statement, Dr. Andrina and Mrs. Ligo stressed that the Facebook chat group was a private chat group that they used to discuss the arising issues affecting women.

“The role of Proactive Mamas is to speak out for those who are unable to speak for themselves,” Mrs. Ligo said.

In response to this, Mr. Mahe said the private chat also involves other women who insult and defame their reputation with false allegations.

He said they are not discussing issues affecting women but are mostly speculating on the appointment of the COL.

Dr. Thomas, on the other hand stressed that as citizens, they have their rights under the constitution to voice their concerns, and therefore, the fact that Mahe is monitoring their chat group is deemed a barrier to their freedom to express their opinions.

To this, Mr. Mahe said, they are free to express their opinions on an issue but not to accuse somebody of something that they don’t have evidence or facts to prove.

Dr. Thomas further raised her concern on why the Chairman specifically made mention of Proactive mamas but there were also fake ID users on social media who used foul words and made false accusations against them.

She said WACC will also be filing a case against the Chairman with the police on Corruption and Bribery of Officials under Section 73 of the Penal Code. 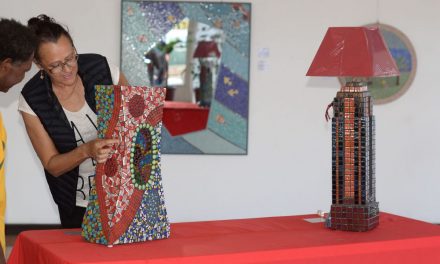 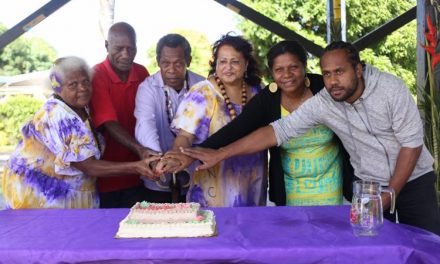