Police in Port Vila have arrested a suspect pending investigating into the fatal assault of a young mother at Blacksand area yesterday morning.

The 20-year-old deceased from Pentecost is survived by her 3-month old baby, according to a statement from the Vanuatu Police Force (VPF) Media Unit.

Police delivered the baby to her grandmother before taking her deceased mother to the Vila Central Hospital (VCH) mortuary.

According to the VPF Media, Police discovered the victim was allegedly assaulted with a hammer on the head.

The General Duty Police went to the scene immediately after receiving a phone call at 1.30am yesterday regarding the incident.

Upon arrival at the scene, the paramedics were already there. Paramedics confirmed to the Police the victim was already dead.

Daily Post was told the suspect is a former detainee from Tanna who has recently been released on bail.

The Department of Correctional Services (DOCS) reveal the suspect was initially convicted on 23rd of June, 2017 when he was 29 years old for the offence of two counts of Intentional Assault and 1 Count of Threats to Kill and was sentenced to 2 years’ Imprisonment. His imprisonment end date at the time was 23rd of June 2019.

He also took part in re-integration programs such as the center work programs, Church programs, sports, attended Courts as well as attended to hospitals.

While at the Low Risk Unit undertaking rehabilitation and reintegration programmes, the former detainee breached the Correctional Center rules by committing theft and re-classified to High Risk unit. He applied to the Parole Board for consideration for parole upon his half sentence and was considered by the Parole Board but was refused parole for his misconduct at the High Risk Unit. Subsequently, he was re-classified back to the Medium Risk Unit. While there, he re-applied to the Community Parole Board but his application was deferred on 23rd of November 2018 as he was still at the Medium Risk centre for misconduct and still a risk to the community if released.

In August 2021, he was arrested again for Intentional Assault and Threat to Kill and released by the Court on bail in September. It was while he was on bail, that he was arrested over the fatal assault yesterday. 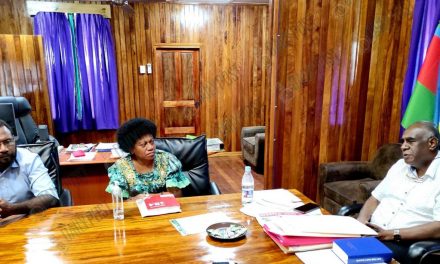