Teachers in Port Vila frustrated about ongoing salary anomalies have approached the Ministry of Education and Training (MOET) for clarification.

They felt they are not being given the right information on the new salary scale implemented by the Government Remuneration Tribunal (GRT) and demanded the MOET to come clear on how long their complaints and concerns will be addressed.

They questioned the removal of their benefits such as housing and child allowances.

They (teachers) claimed that the new government salary scale is discriminating to them in the sense that some have seen reduction in pay while others an increase.

Some said what they are getting now is lower compared to what they have been getting before under the previous pay scale.

This GRT issue is affecting the teachers’ morale.

Apart from the vital role they play in the classrooms, teachers are parents who are also striving to pay school fees and make ends meet.

In their recent meeting with the MOET and Teaching Service Commission (TSC), they (teachers) told the Chairman of TSC Alexander Derick, Director of Education Roy Obed and heads of various departments to put themselves in their shoes and help solve their problems.

They stressed they did not go to dispute the GRT process rather, they want justice.

Director of Education Services, Obed, explained again that the MOET did not create this GRT issue however, it is trying its best to address their concerns.

GRT is an independent body under the Prime Minister’s Office.

Director Obed reminded teachers to follow proper channel when dealing with such issues; to go through their principals and PEOs before reaching the ministry.

He also requested them to be patient while the GRT Board completed its review.

The review, once completed, will rate teachers correctly based on qualifications and experiences.

Director Obed said: “It will take some time and once approved, your salaries will be backdated to January 1.

“Teachers are not the only ones affected by the issue. All public servants are,” he said.

It was agreed in the meeting on Thursday that the ministry will arrange another meeting next week and will make sure to bring the GRT Board, to listen to these concerns that will be raised again by school principals.

Teachers employed by TSC, make up the largest work force in the country.

TSC Chairman Derick confirmed that all 1,321 are covered under the new salary scale, except for almost 300. 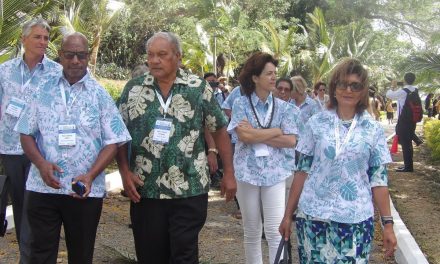