Members of the Vanuatu Police Force are investigating the death of an elderly woman aged 60 that was allegedly murdered, last weekend.

The incident occurred last Sunday in the village of Toak Village in South-East Ambrym.

Police on Paama Island, within the Malampa Province attended the scene and have arrested a 20-year-old young man and he is held in custody.

Report received from the Vanuatu Police Force media confirmed that the elderly woman was stabbed with a knife and she later died.

Daily Post was told by some villagers that the young man allegedly stabbed his grandmother on the chest and causing her death.

He was allegedly under the influence of marijuana.

Police in Port Vila have travelled to Ambrym to complete the investigation on this case and to escort the suspect to Santo for further court proceedings.

Police are appealing to the people and the family of the deceased to remain calm while the Police are dealing with this case.

The suspect was arrested on Monday this week. 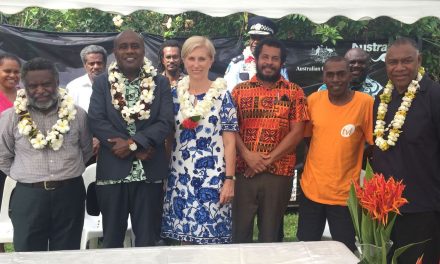