A POPULAR and seemingly well organised brothel known as the ‘White House’ is operating in Tanna – largely catering to Chinese clients.

Sex workers told The Independent that the brothel has been operating for more than a year, with the going rate for sex being double that for a married woman than for single women.

“It’s simply because we have more experience,’’ one married sex worker told The Independent.

Sex workers told The Independent that the main clients are Chinese but some other construction workers who are involved in a number of major medium to long term infrastructure projects on the island also use the brothel.

“Many people have known of its existence for some time and it may not be really accepted but its existence is sort of tolerated,’’ one of the sex workers said.

“Even some of the husbands know about it and just turn a blind eye to it because otherwise there is no money for things like school fees and even food. Nothing has really been right here in Tanna since Pam.

“It may sound horrible but in many cases here there are really few other real choices to survive.’’

But sex workers told The Independent that the biggest, most concerning issue that it is now emerging is that there are children born from these sexual liaisons that are not being accepted by the Tannese community.

“What will happen to the type of life these mixed blood children will have here in years to come is really up in the clouds. Already they are being treated as outcasts in a number of villages,’’ a married sex worker said.

Another told The Independent that her husband had thrown out herself and her small baby daughter from the family home.

“He beat me and told me never to show my face in the village again, but what could I do – we had no money to eat,’’ she said.

This part-time prostitute told The Independent that many husbands had no idea of the extracurricular duties their wives were up to on a regular basis.

A local Tanna church leader who did not want to be named said the issue of prostitution in Tanna is growing really fast.

Men told The Independent that that some were unaware of the location of the White House, but that its existence was well known across the island now.

“We have two major concerns here – one is the serious health issues and the other is that these children of mixed blood will spend their lives as outcasts,’’ he said.

“Treating a fellow child as an outcast is really a bad thing to do also because we are all God’s children,” said the church leader.

“Many people have their own points of views concerning it but my opinion is that we live in a Christian country and our motto says in God we stand.

“This country has a lot of Christians who claim that they know Christ but their ways of living and actions towards others don’t make sense at all.”

The church leader stressed that it is not right at all for married women to be involved in prostitution because they made a promise with their husbands and Christ as their eyewitness and they should have kept that vow.

“A father in a household is the head of the home. I think the main reason why women do that is due to their partners not carrying out their responsibilties as a father by working and making sure there is money to satisfy the family needs,” he said.

“We have many husbands who usually gave their wives money but the wives kept on practising this bad attitude because they just want to enjoy themselves, which is not the right thing to do at all.

“What they are doing is committing a big sin and also breaking an important commandment in the Bible which states ‘thou shalt not commit adultery‘.”

The church leader said not only married women but also young girls nowadays using their bodies and are earning money out of it, which is really bad.

“Our bodies are the temple of the Holy Spirit and if we keep on doing that then what’s the use of the country’s motto.

“We are just saying it with our mouths but our actions go totally a different way.”

The leader concluded that there are many ways to make money and this is not the right way to do it.

“The Bible says you have to work hard to earn money and this is ‘dirty money’,” he said.

A health spokesman at the Lenakel Hospital said he had not heard of a story relating to a brothel catering for the Chinese workers in Tanna.

“But this is quite interesting to know,” he said.

He said he will now make other hospital workers aware of issues involving prostitution in Tanna.

“There are a quite number of Chinese working in Tanna under contracts tar sealing the roads,” he said.

“As a health viewpoint, we don’t encourage that (prostitution) to happen at all due to sexually transmitted diseases (STDs).

“People nowadays don’t really care about their own body, when having sex they don’t want to use protection like condoms.

“For instance women practicing sex that never knew the guy’s background might contract an STD like gonorrhea, which is very serious, and when a women has gonorrhea then she gives birth, the infection can be passed on to the newborn and cause eye damage.”  READ MORE 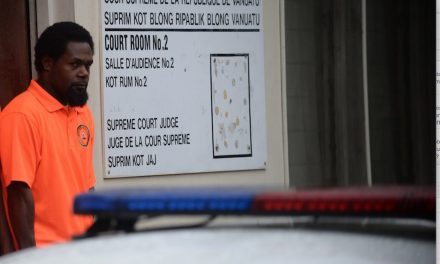 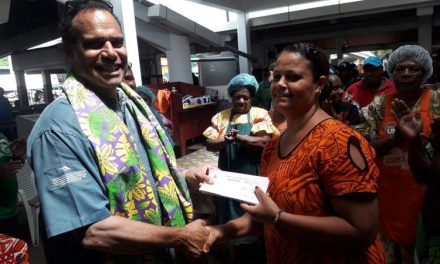 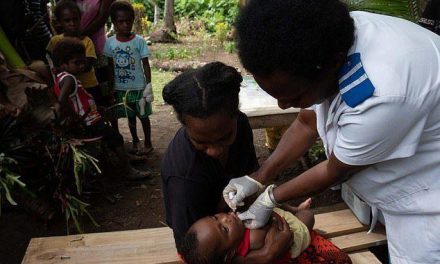 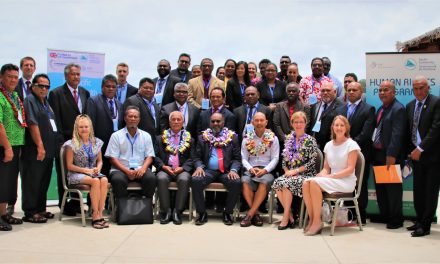