In the early hours of Sunday 9th October, a young Australian woman woke up to a hand on her mouth and a large kitchen knife to her throat.

The man warned her to be quiet after she attempted to call out for help.

She relaxed her body and when her attacker released his grip, she instinctively kneed him in the testicles.

He immediately ran out of her bedroom and she alerted her housemate before arming herself with a broomstick.

“I got the impression that he thought I was alone. He was just waiting at the side of our house. When my housemate confronted him, he tried to stab my housemate,”she says.

The attacker fled her house at Nautilus apartments, which is located in the centre of town, and the security guards from Mariner Apartments and Waterfront Bar and Grill ran to the scene after hearing the victim’s screams. The security guards discovered the man at the roadside entrance of the Waterfront and attempted to confront him.

“He denied being the person in my room but then he saw that I recognized him straight away. I thought he was going to make a getaway so I started to hit him with the broomstick,” the victim says.

The man pulled out a kitchen knife – the same one that he had held to the victim’s throat only minutes earlier — and attempted to stab the security guard from Mariner apartments. The security guard suffered superficial cuts to his stomach.

The attacker then fled up the hill where he was met by the victim’s housemate, who struck him several times with another broomstick to prevent him from fleeing. The attacker managed to escape to the yard near the Onyx apartments opposite Asco Motors. Despite the heavy rain and early hours of the morning, passers-by and security guards from neighbouring vicinities attempted to search the area before being joined by the police, who arrived within minutes of being called to the incident. At this point, the attacker could not be located.

The victim returned to her apartment to discover that the attacker had left his shoes behind and removed ice cream from her freezer, which he left in the bathroom. The only missing item was a packet of cigarettes.

The following Monday morning the attacker was spotted near Nautilus but disappeared before police could detain him. He was formally detained on Tuesday 11th October and admitted his guilt to the crime. The victim and her housemate also identified him at the police station.

Unfortunately the attacker is already a familiar face to the police.

The 19-year-old man of Tannese origin is a reoffender who was recently released on bail last month on September 23rd after executing a series of burglaries in the No.3 area. The conditions for his bail included not re-offending while on bail, residing only in Teouma area and being under curfew from 6pm – 6am at his Teouma residence.

Nazario Fiakaifonu, the director of Guard Island Security, assisted the police in detaining the attacker. He says that he has worked alongside the police in at least 50 cases to help capture suspected criminals.

“If the victim calls me, I will help with the paperwork and guide them through the justice system,” he says. In this particular case, Fiakaifonu chased up on leads to locate the suspect and ensured that the paperwork was handled correctly at the police station. He also recorded which officers are involved in the case for a proper follow up and overlooked the identification process of the suspect.

“I have a good relationship with the police. They respect me and I respect them,’ Fiakaifonu says.“They do a good job but if they aren’t getting paid enough, and if there’s no budget to perform frontline duties, you cannot expect them to do more than they can. That’s where I come in.”

Despite losing her initial report, the victim says that she is satisfied with the way police have handled her case. “It’s good to say that the police have caught him. There are too many victims who never get to see justice.”

The victim says that she is suffering anxiety for the first time in her life and her close friend who has been supporting her says that she wants the attacker to be sentenced properly.

“Perpetrators of crime are sentenced too leniently in Vanuatu. He may only get a couple of years in jail but the person he’s attacked has to deal with the it for the rest of her life. We need to reassess the jail system and hand out sentences that reflect the severity of their crimes.”

Fiakaifonu agrees. He says that the justice system and police force are ‘too nice.’

Describing himself as the mediator between the victim and the police, he believes that law reinforcement and sufficient jail terms are necessary to deter people from committing acts of crime. Considering that the attacker had re-offended while on bail, you have to ask — where is the respect for the justice system?

Unfortunately the recent spate of barbaric attacks on women has left many to consider protecting themselves. Some women are sleeping with illegal weapons while ‘Expat Safety Kits’ are being promoted around social media and feature a Taser, pepper spray, whistle, alarm, torch and cellphone with local authorities number.

This controversial ‘safety kit’ is a result of society constantly victim blaming and warning women to take responsibility for protecting themselves against acts of violence. Sadly until the standard outcome is for the police to capture the perpetrator, as they have successfully done this time, then we cannot blame women (again) for wanting to arm themselves. 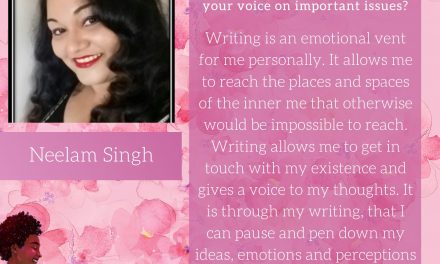 I Will Fight by Neelam Singh 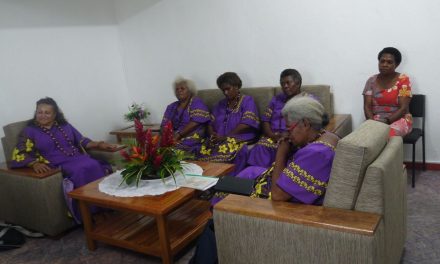