The Sista team kicked off March full speed ahead. With a few projects lined up for the week of International Women’s Day, we found ourselves incredibly busy but delighted to see how many organisations and government departments celebrated women in their respective workplaces.

Other key events that occurred this month included securing the Spotlight Grant with our partner HCDI, signing our partnership agreement with We Rise Coalition and receiving a donation from Olsem Wanem? and Green Wave Vanuatu.

On March 23rd 2021, Sista signed an agreement with the We Rise Coalition to formalise our commitment to building and sustaining women’s collective power through movements. Sista is one of the four new partners who have joined the coalition including Talitha Project – Tonga, Brown Girl Woke – Samoa, Voice for Change – PNG, and we now have the opportunity to access resources and support to strengthen our work to impact change in our community.

We were thrilled to hear that our application with HCDI for the Spotlight Initiative was successful. Over the next few months we will be working together to use Pacific-based storian methods to raise GBV awareness and promote change. 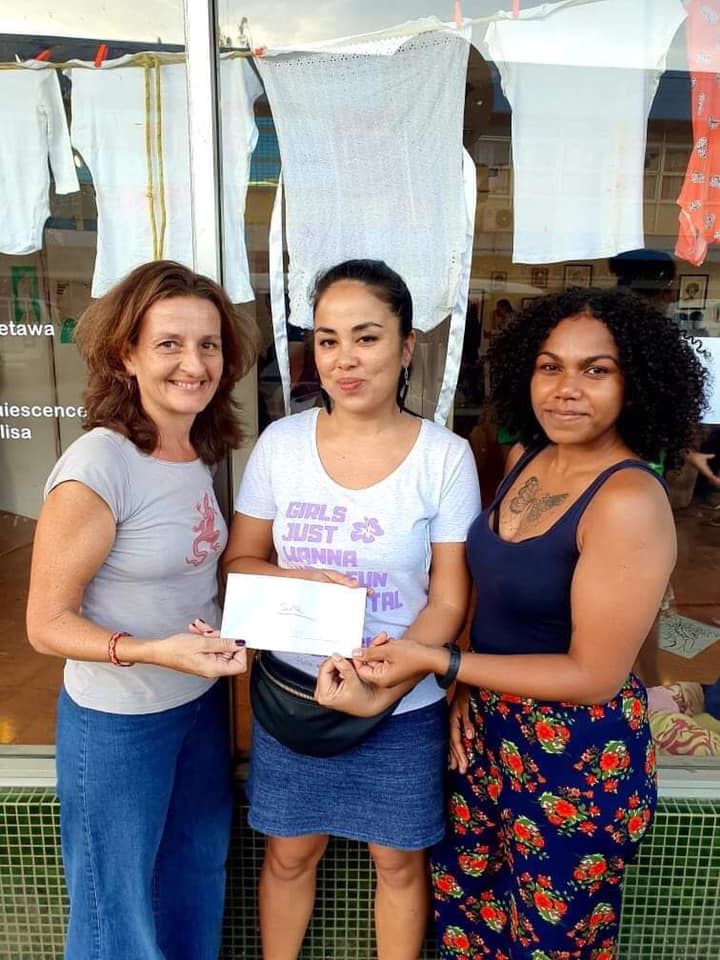 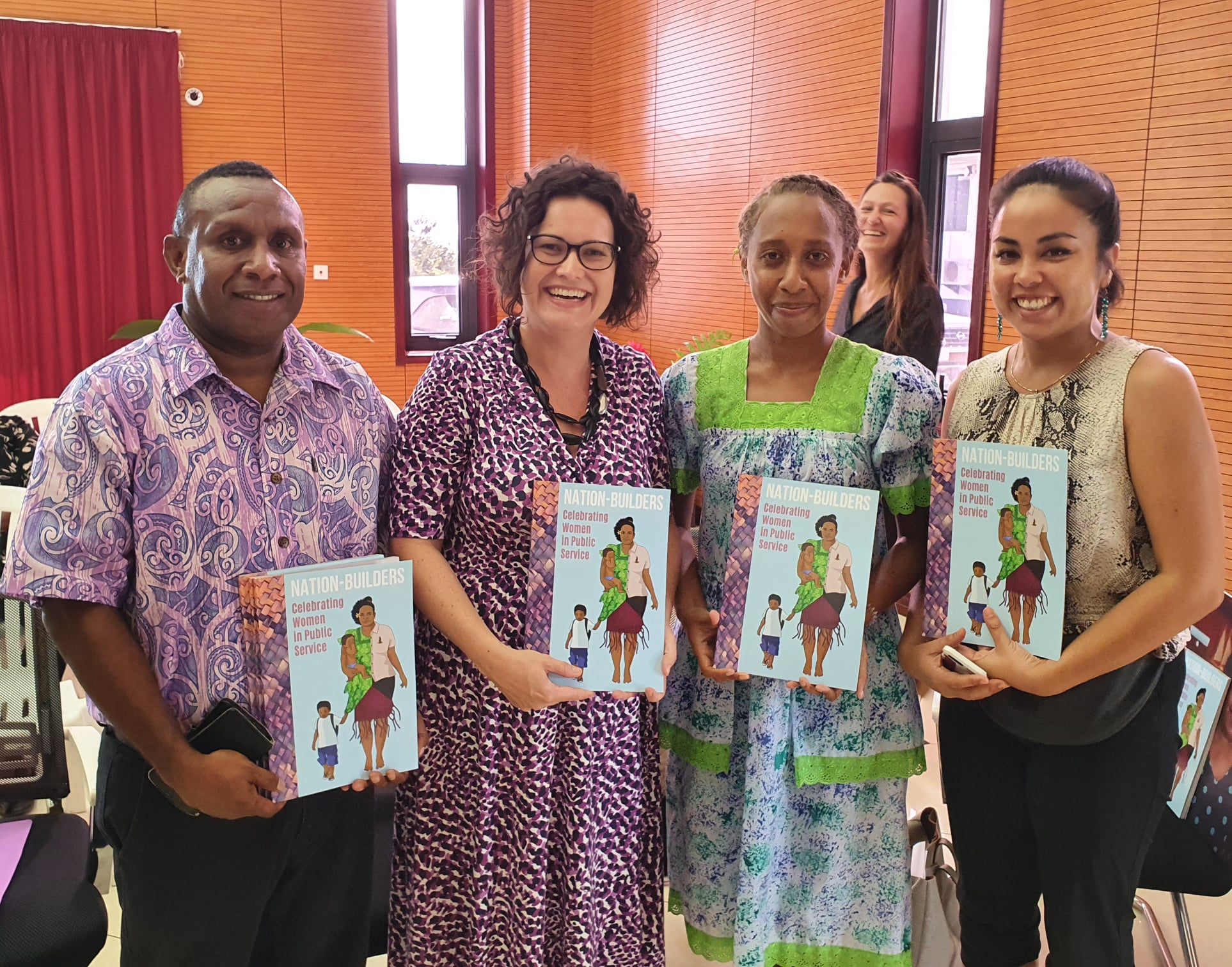 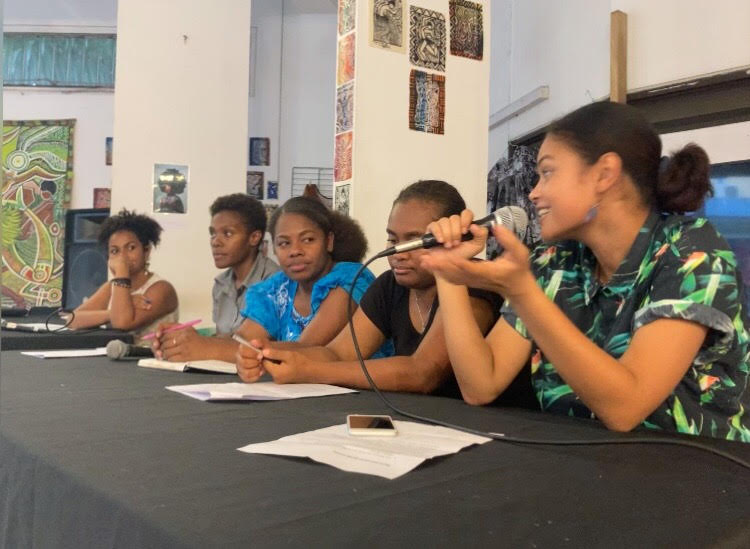 Sista used it’s networks to link artist Carole Reocreux with activists to produce her art works, as well as supported CARE’s Young Women’s Leadership Alumni to prepare for it’s own installation, asking young women – ‘What is the change you want to see?’

The discussions centred what it’s like to date in Vanuatu – why is it taboo, what does a date look like, how do you develop and maintain a relationship, why do families and the community get involved, why don’t parents talk to their children about sex, where do children learn about sex and what do they wish they were told before they started dating. All the panellists expressed that they wished they had been given more information about relationships and sex. The discussions were met positively with audience members expressing their thanks for the open conversation, including a first time mama, a mother with a teenage daughter and a pastor, who said, “We don’t talk to our children about sex because it’s taboo in our culture. But the world is changing and if we don’t talk to our children about these things, we will end up losing our culture.” 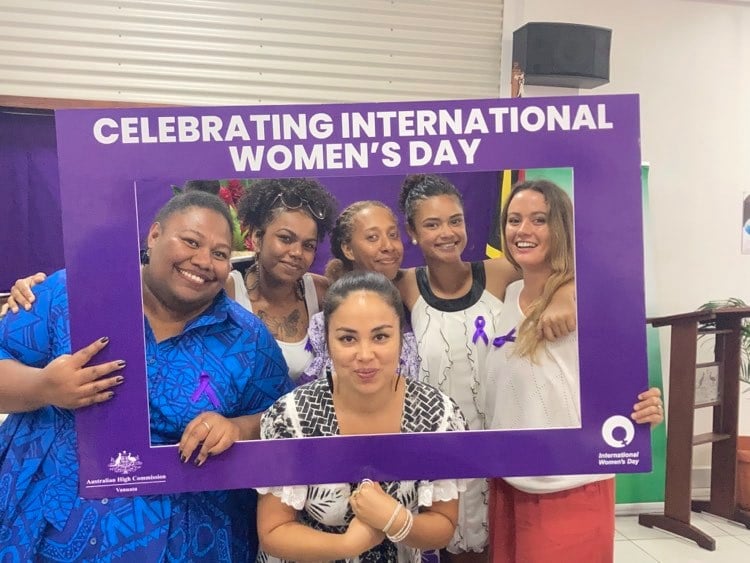 Sista edited biographies, took photos and designed the layout of posters featuring the nominees of the annual Hanson Mataskele and Andy Lynch International Women’s Day Awards. Elizabeth Naupa Pechan received the 2021 Hanson Mataskelekele Award for Women in Leadership and Jilda Shem was awarded the 2021 Andy Lynch Award for Excellence in the Community Sector. Thank you Australia High Comm for letting us do what we love best – celebrating women. 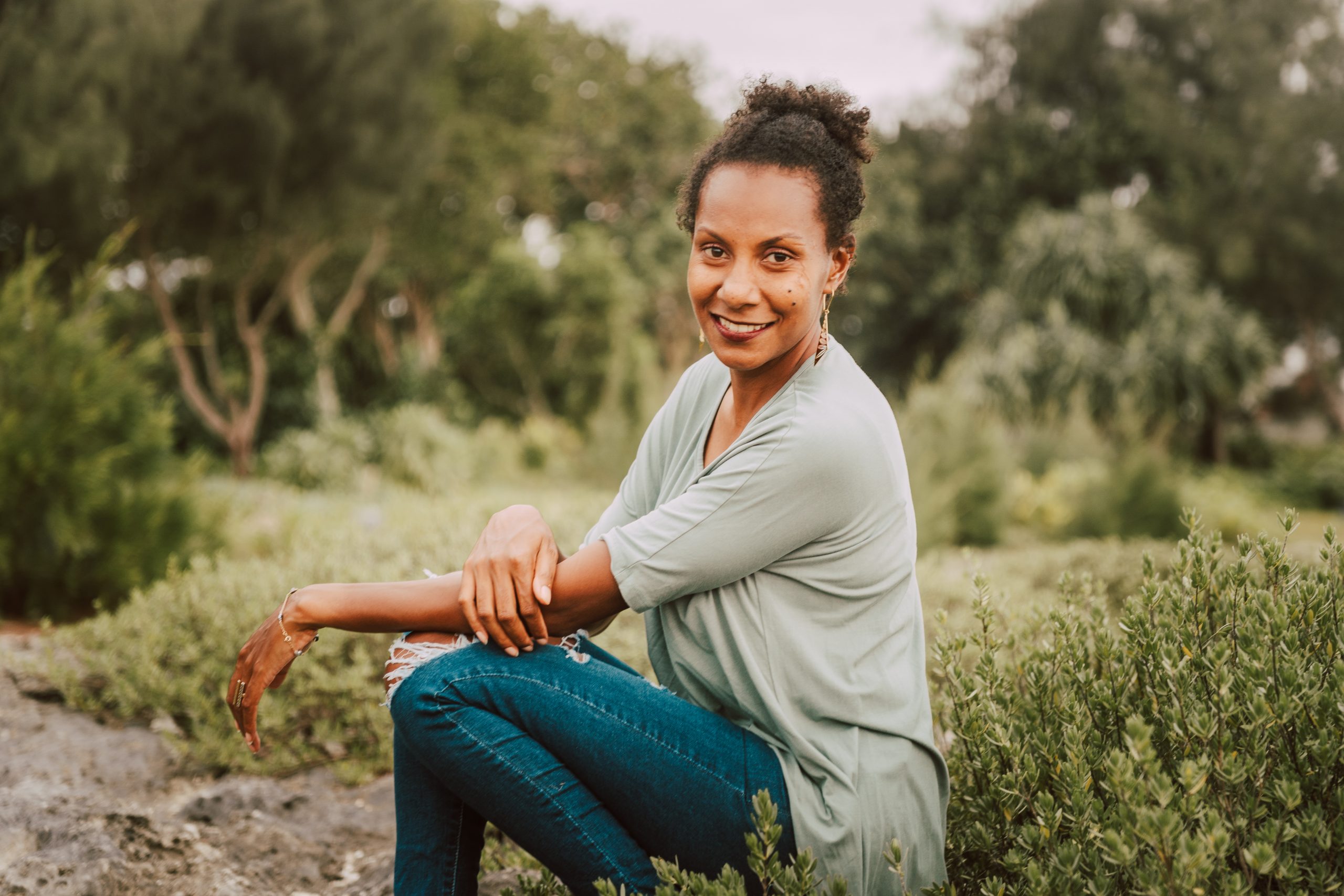 This month we celebrated Stephanie Senei Mahuk – a lawyer, surfer, environmentalist and activist, and big siSTAR to her community. Thank you Stef for stepping into your power and showing others how to unlock theirs!

VPride will be hosting an event in April that will focus on human rights inclusion for people of diverse sexual orientation and gender identity and expression (SOGIE). To demonstrate solidarity, Sista will be supporting VPride through the We Rise Coalition and is preparing for the event.

The Public Service Commission (PSC) terminated the Director General (DG) of Justice and Community Welfare, Dorosday Kenneth Watson. She will be suing them for unlawful termination. Sista is deeply concerned that the Ministry of Justice and Community Services is being dissolved without due process given that it is responsible for a number of agencies within the justice system. We stand in solidarity with Dorosday Kenneth Watson and are preparing advocacy strategies to hold the government accountable. 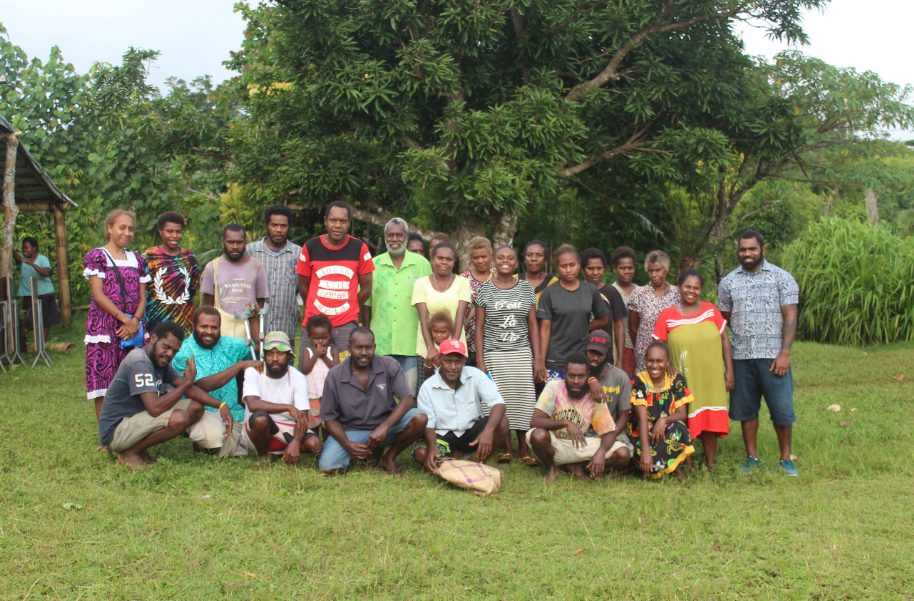 Sista’s Project Officer, Elisa Mondou, was deployed to do community awareness on MHPSS on the island of Pentecost to three villages with a team that consisted of 1 Mind Care nurse, 3 volunteers and 1 logistics officer from IsraAid.

The sixty-fifth session of the Commission on the Status of Women took place from 15 to 26 March 2021. Usually held every year over 10 days at the UN Headquarters in New York, CSW is the principal global intergovernmental body exclusively dedicated to the promotion of gender equality and the empowerment of women. This year due to COVID-19, the meetings will be held virtually.

Sista, represented by Yasmine Bjornum, participated in a side event with We Rise Coalition to explore: “Pacific Perspectives on COVID19: Feminist movement response and recovery”.

The virtual 14th Triennial Conference of Pacific Women will be held from 27 – 29 April 2021 followed by the 7th Meeting of Pacific Ministers for Women on 4 May 2021. The 3 key priorities are gender responsive climate justice, women’s economic empowerment and gender based violence and the theme is ‘Our Ocean, Our Heritage, Our Future – Empowering All Women in the Blue Pacific Continent’.

Sista, represented by Irene Abbock, is preparing to participate in a side event in April with We Rise Coalition to explore ‘Women of the Blue Pacific – Leading the response and recovery in times of crisis.’ We are also potentially holding a pre-triennial but this is dependent on other projects, available resources and woman power.

Sista met with the Department of Women’s Affairs to ensure that our planning is aligned with the national women’s machinery, who are reviewing all the legislation and acts related to women and children through the launch of the upcoming National Gender Equality Policy 2021 – 2030. Sista will no longer be doing a petition to review the child maintenance act as the government has expressed that it must be reviewed. We are currently adjusting our work plan to ensure it supports the work of the Department of Women’s Affairs.

Sista will be moving its fashion show to September and amending the work plan so that it does not conflict with other similar events that are happening. We are excited to be bring in new partners and look forward to sharing more in the months to come. 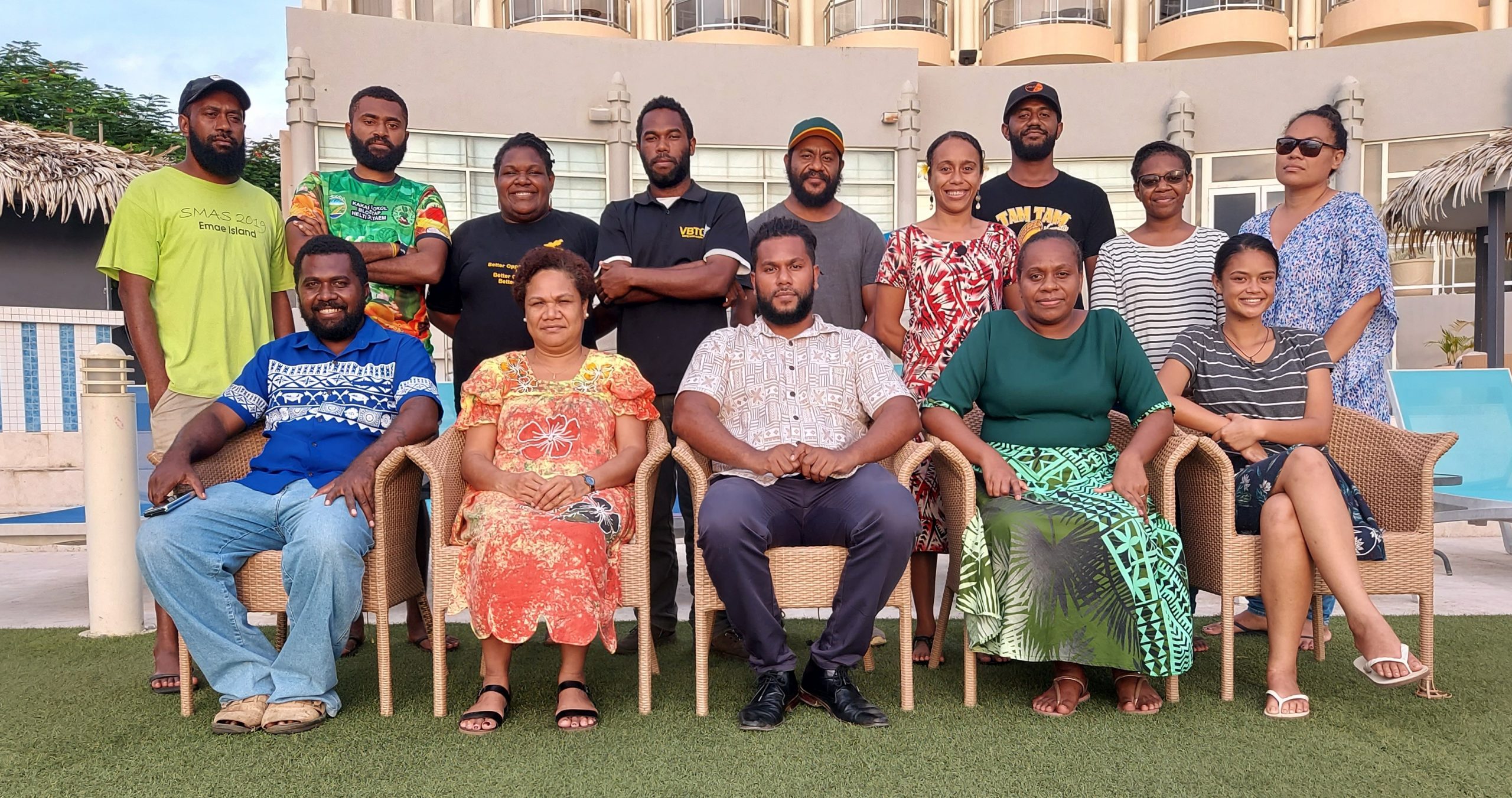 Sista is thankful to have been a part of the Covid-19 Reporting and Protecting Information Integrity workshop that took place on the 30th of March. It aimed to give journalists tools to deal with Covid-19 misinformation, disinformation, propaganda, and hate speech. It addressed some of these issues through targeted capacity-building for journalists and social media influencers in Vanuatu, to help them report accurately and inclusively on COVID-19. The program was supported by ABC International Development and International Foundation of Electoral System. 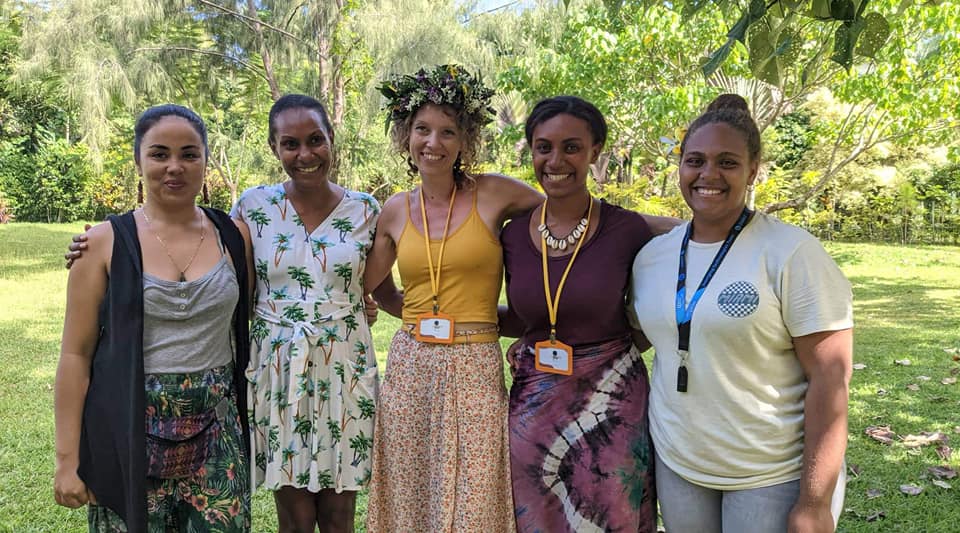 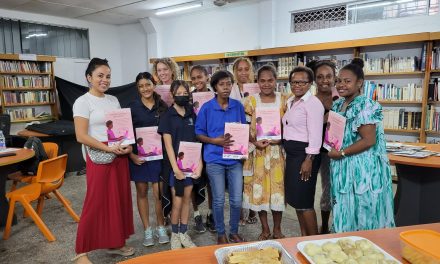 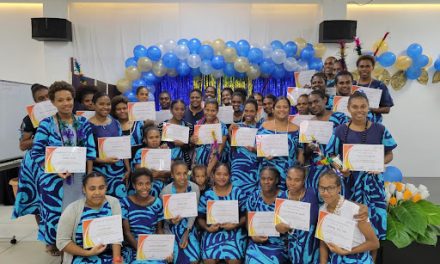 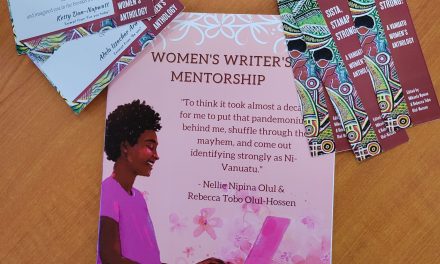 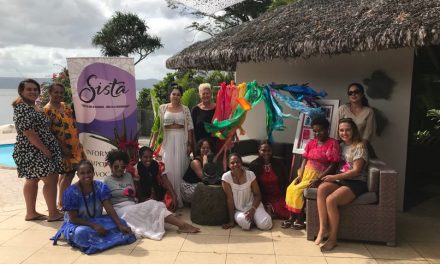