A tourist who almost drowned last Saturday between Breakas Resort and Pango Surf side was luckily saved by Risu Kalotiti, a ni-Vanuatu female surfer.

The tourist was reportedly a mature male who has four adult children and who was on holiday here in Vanuatu with his wife.

Ms. Kalotiti was enjoying her Saturday at the beach when the incident happened and she rushed to save the tourist’s life.

The young energetic female surfer told 96 Buzz FM Reporter Kizzy Kalsakau that she had just attended a rescue training and that helped her a lot in knowing what to do in such circumstances to save the man’s life.

“Few months back we had our Life-Saving Rescue Training and that was very handy and timely too.

“He was really panicking because he was swimming against the current and was out of breath.

“During the training we practiced rescuing people with surf boards,” she told Ms. Kalsakau.

She saved the life of the tourist without any surf board and only by swimming.

The Vanuatu surfer said when she got close to the man her first move was to calm him down since he was going through a panic attack and after calming him she was able to use the skills she had learned to save him.

She said when she got to the tourist he was very weak indeed as he had lost his energy after couple of minutes in the water trying to swim against the current.

Ms Kalotiti sustained scratches to her body caused by the reefs after she tried to get the man ashore via the only passage amidst the big waves and rough sea. READ MORE 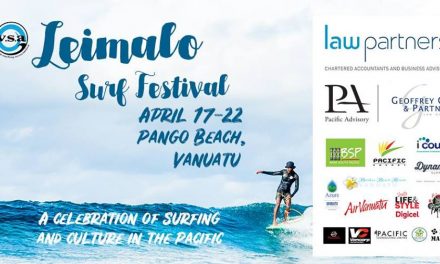