Police in the capital is making a call to the general public to work closely with police to address the increasing trend of crimes in the capital.

The call came following the death of two young people who were victims of violence in a period of just two weeks.

In a statement issued by the Police Media Desk, Acting OCPDS, Superintendent George Songi said Police would not tolerate such brutalities, therefore, is urging community leaders, church leaders, chiefs and relevant authorities to assist the police address this issue and particularly stop the killings. Police is extending their appeal to the public to respect another person’s life.

Police have noted that in the past couple of weekends, disturbances around the town involved youths from age groups ranged between 12 and 18 years old and police does not tolerate these disorderly actions.

People failed to respect the law which results in people taking out another person’s life, and this barbaric action does not reflect the country’s motto, the police statement said.

Police is reminding the public to bear in mind that these actions can tarnish Vanuatu’s image and affect the tourism sector which is seen to be a biggest revenue generator in the country.

Police is re-emphasizing on support from the public to work hand in hand and combat crime and make the country safe for everyone to live on, invest on, visit and enjoy.

The Acting OCPDS is cautioning the public that from today onwards, people who are engaged in any illegal activities in town will face the full course of justice.

Police has assured the public that they will continue to monitor and asses any arising situations or incidents in Port Vila. 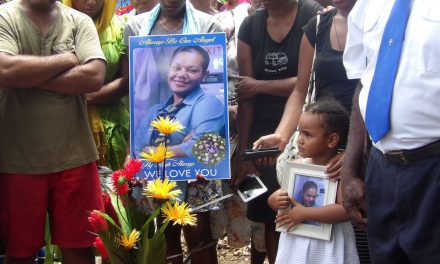