A changing climate and environment affect us all. Sea level rise, the decline in biodiversity and health of our marine and terrestrial ecosystems, erosion, flooding, an increase in overall temperatures, landslides, and food insecurity: these impacts target everyone.

Women, just as much as men are feeling the impact of a changing climate, in their domestic and communal duties and in their sense of needing to provide for their husbands, children and extended family.

Involving women in conversations and actions about the environment and climate change response is not a secondary measure, it is essential to ensure families, communities, and Vanuatu as a nation can work together to develop adaptive practises to prepare for the future.

The Vanua’tai Resource Monitors Network, which began as a turtle monitoring program 22 years ago under the umbrella of Wan Smolbag, has over its lifetime extended from primarily turtle monitoring to encompass a broad range of environmental issues including both land and sea, such as organic farming, dugong protection, tilapia farming and marine conservation area establishment. Encompassing over 500 monitors in the six provinces of Vanuatu, it is a network consisting of passionate and driven individuals, working with each other and their communities to conserve marine and terrestrial environments.

In 2016 the Vanua’tai women’s sub-network was created to encourage more women to be involved in the environmental monitoring program. Prior to the formation of this sub-network very few women braved the male-dominated field of environmental conservation. Last year, twelve women attended the Vanua’tai’s Annual General Meeting (AGM) under the inaugural women’s network. The 2017 AGM was held in mid June in Luganville Santo and a record seventeen women representing all six provinces, from Aneityium through to Mota participated.

Over five days the female participants were given the opportunity to extend their knowledge and skill sets with topics such as coral reef ecology and planting, the life cycle and habitats of turtles and dugongs, organic gardening, tilapia farming, and climate change adaptation techniques. The women monitors were also able to share experiences and ideas with each other in a specific female focus group and in a group setting with both female and male monitors present.

Joyce Aili from Melip Village, South West Malekula, is a new recruit to the Vanua’tai monitor program and the women’s network. During the five day AGM she was able to connect with women across Vanuatu forming peer to peer support and inspiring environmental action and sub-network growth through her involvement. Following Joyce’s return to her home village of Melip her goal is to educate her local community on coral reef health and conservation through awareness programs.

A changing environment is something that impacts everyone, children, youth, men and women. Each of us have an important role to play in environmental adaptation and conservation to ensure that we safeguard the natural world not only for ourselves but for the generations following in our footsteps and for the plants and animals that have co-existed for thousands of years. The formation of the womens Vanua’tai network and its future growth is one such gender specific measure put in place to increase the participation of women in this area.

Island Reach is working closely with the Vanua’tai Network program coordinator, Donald James, and with monitors around the country, helping build capacity and implement projects. IR is also involved in supporting the growth of the women’s network.

To find out more about the Vanua’tai resource monitoring network visit wansmolbag.com or Wan Smolbag on Facebook.

The author of this article is a current fellow with Island Reach, a local NGO with a cross-cultural team committed to providing professional and practical training, development and transportation within Vanuatu, integrating kastom practises and indigenous knowledge with scientific knowledge to address todays unprecedented challenges. Visit Island Reach on Facebook or islandreach.org. 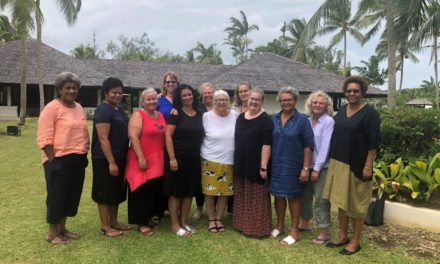 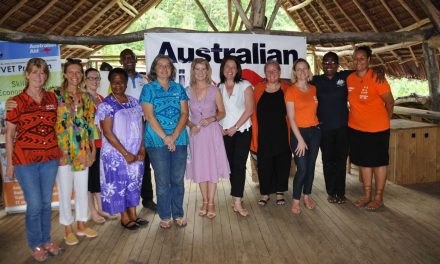