Port Vila, 23 June: The much-anticipated anthology of new writing, Sista, Stanap Strong! A Vanuatu Women’s Anthology is being launched in Port Vila on Friday 25 June. The first of its kind, the anthology features writing by three generations of women.

Edited by Mikaela Nyman and Rebecca Tobo Olul-Hossen the anthology contains poetry, fiction, essay, memoir, and song. Its narrative arc stretches from the days of blackbirding to Vanuatu’s Independence in 1980 to the country’s coming of age in 2020.

An early review of the anthology by Dr. Selina Tusitala Marsh, Auckland-based Pacific poet named Commonwealth Poet for 2016 and served as the New Zealand Poet Laureate for 2017-2019, describes the book as “full of astute, emotional honest personal declarations and explorations of independence that draw acerbic parallels to Vanuatu’s political declarations of independence”.

Most of these writers are ni-Vanuatu living in Vanuatu. Some have set down roots in New Zealand, Fiji, the Solomon Islands and Canada. Some were born overseas and have made Vanuatu their home. One is just twenty; another is an octogenarian.

The writers in this anthology have chosen to harness the coloniser’s language, English, for their own purposes. They are writing against racism, colonialism, misogyny, and sexism. Writing across bloodlines and linguistic boundaries. Professing their love for ancestors, offspring, and language – Bislama, vernacular and English.

“Throughout history women’s stories have been paid less attention and given less space than men’s in historical accounts and literature,” stated co-editor Dr. Mikaela Nyman. “Publishing writing about women’s realities and concerns is one way of starting to set the record straight. We all have stories to tell and experiences worth sharing. We can all learn from what these three generations of women have to say”, she added.

What these writers also have in common is a sharp eye for detail, a love of words, a deep connection to Vanuatu, and a willingness to share a glimpse of their world. The anthology’s cover is adorned with Juliette Pita’s artwork, Viktri Danis, and blessed with a foreword by Viran Molisa Trief. Seven of the poets were invited to read their own work for the New Zealand Poetry Shelf that is available through this link.

“From my earliest memories of writing starting since journaling when I was 9 years old, nurtured by influential people in my life, my dream has always been to support getting women’s written expressions out there for the world to enjoy” said Rebecca Tobo Olul-Hossen. “This anthology carries with it the hopes and dreams of the women of Vanuatu to contribute to the Pacific and global body of literature in what we hope will be a meaningful way”, she added.

To celebrate its launch, a mini writer’s festival is being organised by the national launch project team at the National Vanuatu Museum, Vanuatu Kaljoral Senta, on Friday 25 June. Prefacing the book launch event are a series of panel discussions that start at 9am focused on different writing forms and what challenges and motivates writing. From 11am there will be the official launch of the book that will start with an introduction by one of the co-editors, a keynote address by Viran Molisa Trief and an official launch by the New Zealand High Commissioner.

The anthology Sista, Stanap Strong! is a community initiative driven by a five-member project team located across three countries: Vanuatu, Fiji, and New Zealand. The project team is grateful to Creative New Zealand and the publisher, Victoria University Press, for supporting our vision. A New Zealand High Commission grant enabled shipping of the books to Vanuatu and to make the launch event and the first mini writer’s festival a reality. Sista, Vanuatu’s first feminist charitable organisation and online platform, is a key supporter of our vision.

Books will be available for purchase at the event and by emailing [email protected]. This event is free and open to the public. 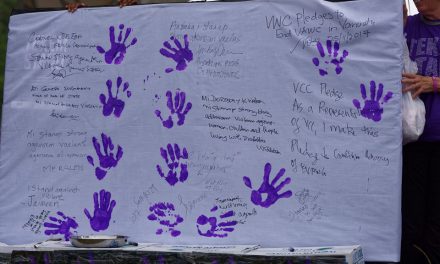 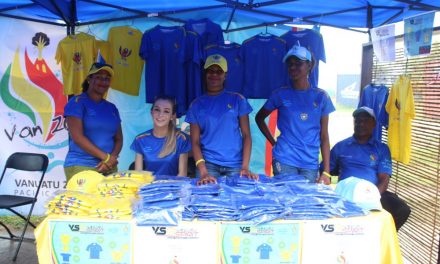 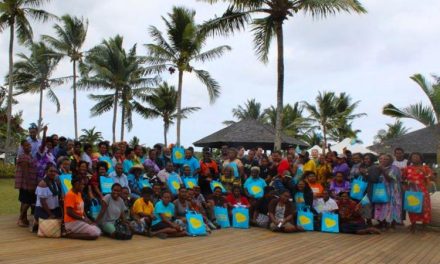