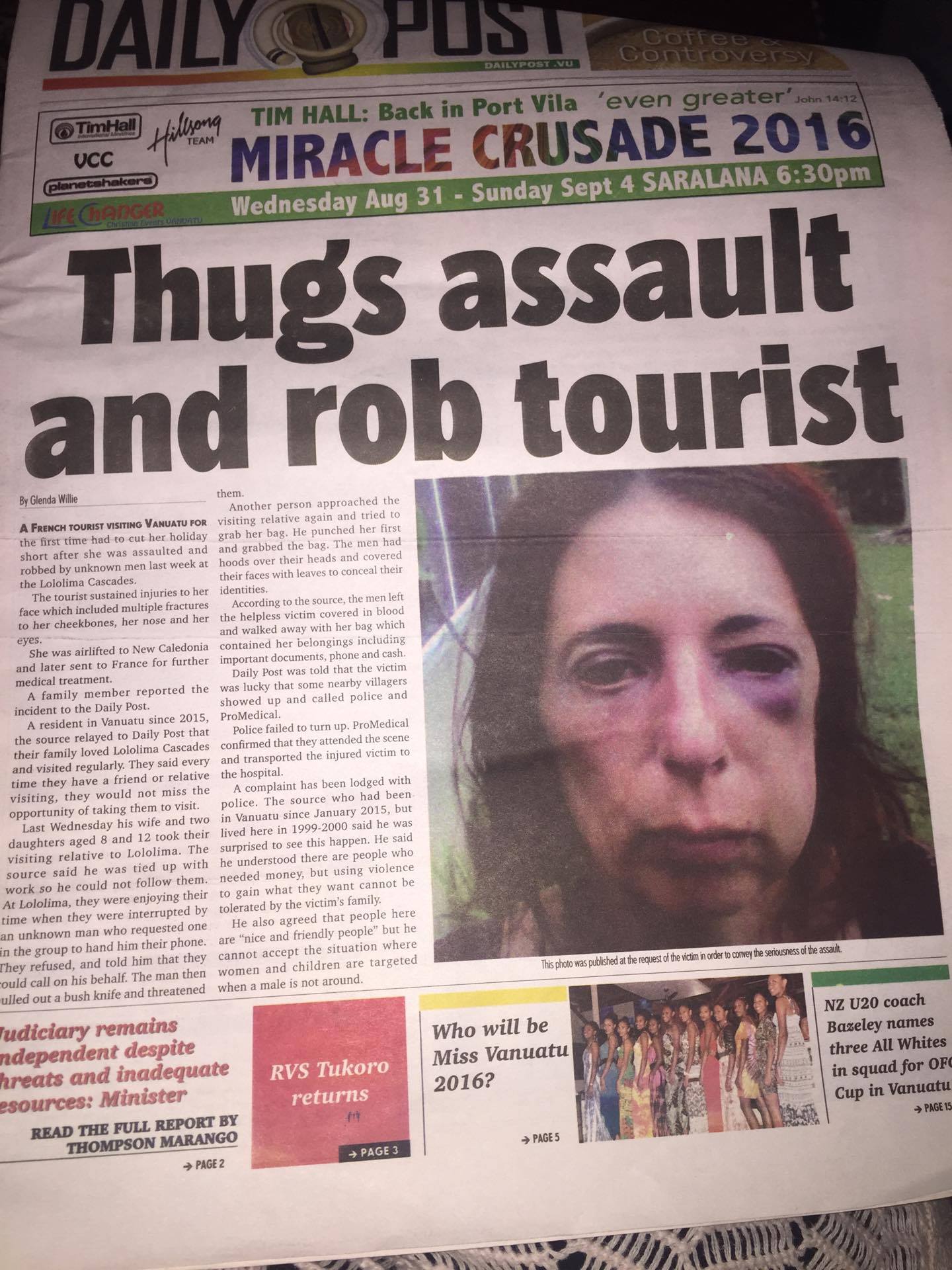 A French tourist visiting Vanuatu for the first time had to cut her holiday short after she was assaulted and robbed by unknown men last week at the Lololima Cascades.

The tourist sustained injuries to her face which included multiple fractures to her cheekbones, her nose and her eyes.

She was airlifted to New Caledonia and later sent to France for further medical treatment.

A family member reported the incident to the Daily Post.

A resident in Vanuatu since 2015, the source relayed to Daily Post that their family loved Lololima Cascades and visited regularly. They said every time they have a friend or relative visiting, they would not miss the opportunity of taking them to visit.

Last Wednesday his wife and two daughters aged 8 and 12 took their visiting relative to Lololima. The source said he was tied up with work so he could not follow them. At Lololima, they were enjoying their time when they were interrupted by an unknown man who requested one in the group to hand him their phone. They refused, and told him that they could call on his behalf. The man then pulled out a bush knife and threatened them.

Another person approached the visiting relative again and tried to grab her bag. He punched her first and grabbed the bag. The men had hoods over their heads and covered their faces with leaves to conceal their identities.

According to the source, the men left the helpless victim covered in blood and walked away with her bag which contained her belongings including important documents, phone and cash.

Daily Post was told that the victim was lucky that some nearby villagers showed up and called police and ProMedical.

Police failed to turn up. ProMedical confirmed that they attended the scene and transported the injured victim to the hospital. READ MORE