Two former employees of the War Horse Saloon and Restaurant, Ronald Vudui and Jackson Willie, will appear before the Supreme Court this week for trial following their involvement in the alleged murder of late Maraki Robson, sometime on the night of June 24, 2017.

It was alleged that sometime during the early hours of June 24, the deceased went to the Bar to wait for his girlfriend who was a waitress there. He was allegedly consuming alcoholic beverages at that time.

It was further alleged that Vudui told the cashier to call the police, got into his White Nissan Patrol Truck with the co-defendant and two other Saloon Bar staff members, and went after the deceased who was on foot.

The prosecution case alleged that the defendants found Robson on a dirt road near the Ramada Resort before they got off the truck and started questioning him.

It was alleged that the Saloon Bar staff told the deceased to go back to the Bar to apologize to his girlfriend, to which the deceased responded with foul words and rushed to punch one of the male staff.

Willie then punched the deceased who fell on the dirt and Vudui also got out of the truck and engaged with a fist fight with late Maraki, it was alleged.

The War Horse Saloon Staff then threw the injured body of the deceased on the back of the truck, allegedly placed garbage bags on top of him and took him back to the Bar. They said police attended the scene, as a result of the earlier call made by the cashier and saw the deceased beneath the garbage.

An employee allegedly removed the garbage and found Robson lying face down. His face was covered with blood.

Police transported the severely injured deceased to the hospital, where he was declared dead some 25 minutes later.

A post mortem was conducted on the deceased and the pathologist report concluded that the victim sustained a haemorrhage in both conjunctivas of the eyes and the side of his left and right eyes were swollen, his nose was also swollen with dried blood in his nostrils. The haemorrhage and hematoma were due to blunt force to the head and were the main contributing factors that resulted in his death.

It was alleged that Vudui mentioned he intended to assault the deceased because he did not want to see a repeat of an incident which claimed the life of one of their female staff a week earlier.

War Horse Saloon Bar and Restaurant is currently operated under new management after taking over from the former Management in January this year.

The weeklong trial commences this morning at 9am. 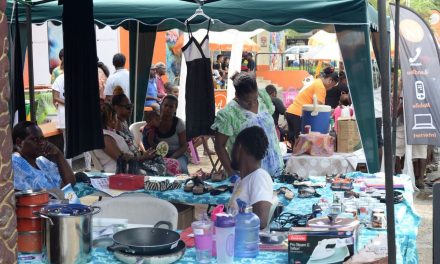 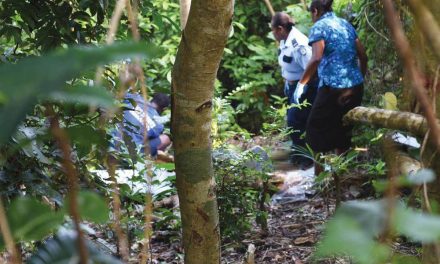