Vanessa Quai and Blanc.O duet in 2020 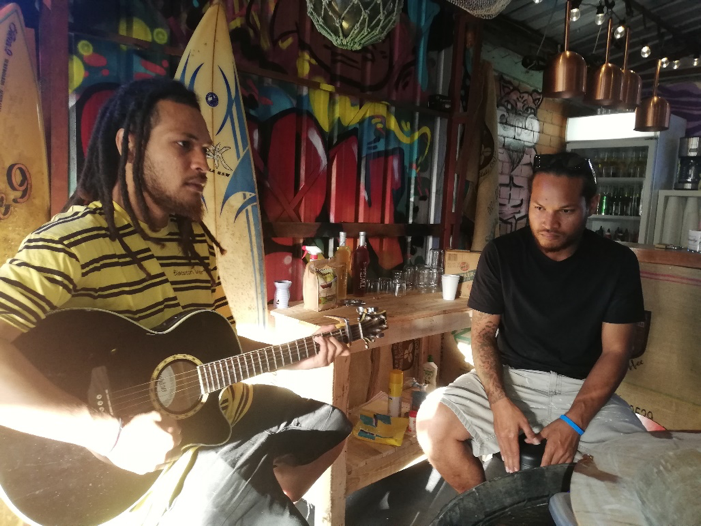 The duo is set to release a gospel single called ‘Pray’ which will be produced by Vanessa’s brother Tito Quai at the Harvest Studio in Port Vila, January 2020.

The team-up was the brainchild of Alfred Quai, sole proprietor of Australian based clothing outlet in Brisbane called ‘Blac Ston Wear’ and Vanessa’s uncle, who according to Mr. Quai, is happy to sing alongside Blanco.

Vanessa said that she is intrigued by the talent of Blanco and is excited to see what they can do together.

“I am excited to team up with Blanco because I believe he is a new artist and so looking forward to work on new sounds and new vibes and to hear the outcome,” the Papa God singer said.

The message in the song is linked to Christian beliefs and personal ambitions, which the duo will amplify in the new year.

Aside from Blanco, Vanessa stated that she would also like to sing with other popular names in the Pacific, “I would love to one day sing with O-Shen from Hawaii and George Veikoso from Fiji”.

In the meantime, she continues to write her own songs and will be releasing a solo single in 2020.

“I have worked on a new song which I will be releasing in January 2020 and it’s called Keep going! And I will continue to do singles until maybe 2021 to do another album.”

As for the unrecognised musician from Bellona Islands in the Solomon’s, he is currently living in Australia, married and working.

Blanco explained that one of the hardships of being a musician is continuing to hold on to your passion for making music, while keeping your job and having time for your family.

“I’m working at the moment, married, came here (Australia) to work and do my music as well, but it’s difficult being a musician, need to balance work,” he said.

The 29yr old who recorded his first album when he was 16 stated that he hasn’t received proper promotion and management of his music.

Subsequently, Blanco is forced to focused on digital promotion, releasing mini albums called ‘EPs’ for Explosive Plays – “You should go look out for my songs, my recent EP on Spotify, iTunes and You-Tube, look for my album called Tropical Life.”

Surviving on odd jobs for gigs and the occasional requests, Blanco has yet to collaborate with another artist from the Pacific, let alone Vanuatu, Vanessa to be the first next year.

Recognizing his plight, owner of the tropical clothing boutique outside of Brisbane said that Blanco has real talent and would be a favourite in Vanuatu.

“He is unique with his style of songs, he is more of a revolutionary song writer/singer, and a good friend, so I want his music to get into Vanuatu so the people will know how good of an artist he really is, and what better person to collaborate with but the niece Vanessa Quai.”

When asked if he receives any financial inducements, he said, “the support is not any financial reward for me, it’s the love of the island vibe music”.

As for the growing music industry in Vanuatu, Mr. Quai believes that local artists need to branch out to other countries to increase their fan base, thus increasing their credibility as performers.

“We need to promote them more in places like Australia, like the Solomon artist, they are promoted really well here in Australia and coming here, doing tours is what build their fan base, so if someone can promote our artist here is Australia I am sure 100% our artist will go very far in the music industry here.” 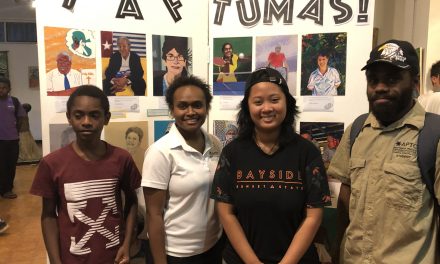 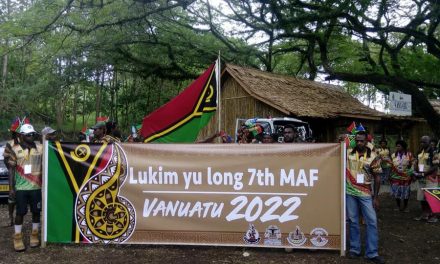 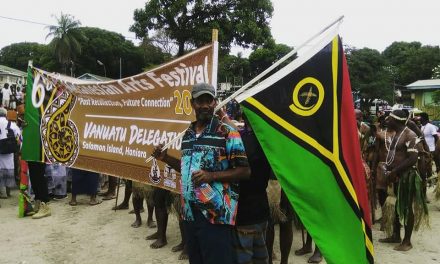