Customer service is not one of Vanuatu’s strengths. Despite being ranked the fourth happiest country in the world and boasting a reputation of having some of the most friendliest people you’ll ever meet, there is still room for improvement when it comes to delivering good customer service.

If you’ve lived in Vanuatu long enough, you would have heard the stories already. Without a doubt, you would have experienced it for yourself. From the waiter who misheard your order and brought a raw onion instead of an omelet, to the telecommunications provider who triple charged your account and insisted it’s your fault despite your account being capped and the data usage on your phone clearly stating that you have not used the amount being presented on the bill.

You can laugh it off as one of the quirks of island life. But if you are laughing, you are probably privileged because otherwise you would be crying. Have you ever tried to call Port Vila Central Hospital to ask a general question or to book an appointment? Unless you call the emergency line, it is unlikely the hospital will pick up the phone. In that case, you will have to make your way to the hospital with the uncertainty of not knowing whether you will receive safe, timely and appropriate care. Considering that 44% of the Port Vila population and 50% of the Luganville population are vulnerable to poverty, meeting basic needs is not an easy feat for the average Ni-Vanuatu.

The privileged can access private healthcare at a hefty 6500vt per doctors’ appointment but for the rest of the population, medical treatment is a time-consuming and tiresome burden. Often it will take hours before a health worker sees you and by then, they are overworked and overtired. It is not necessarily that their skills are inadequate – it is the system itself. Staff are working long hours with little or no pay in an environment that is struggling to meet the needs of hundreds of patients. It is common to find the toilets without any toilet paper and there have been reports of the newly built toilets being closed off to prevent vandalism. 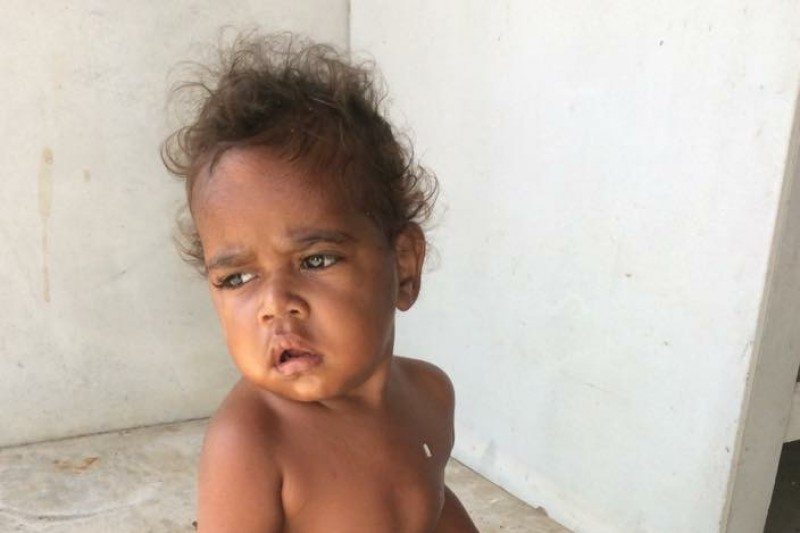 Kennith has been diagnosed with a large hole in his heart that requires urgent treatment. He is due to go to New Zealand in August 2016 for life saving heart surgery and will be accompanied by his father. Donations are needed for medical expenses, passport fees, visa fees and day-to-day living expenses.

This year the Vanuatu Daily Post reported that over 100 health staff did not receive their salaries, which affected health services and staff morale nationwide. ‘Patient care is our utmost priority but we cannot maintain adequate health standards if we don’t look after our doctors and nurses,’ said Dr Nelson Tangwha, Vanuatu Medical and Dental Association (VMDA) President.

‘It seems we are often not the priority for the government’s budget, and our national budget ceiling has remained unchanged for over 5 years, despite new graduates joining the system,’ added Dr Basil Leodoro, VMDA Vice-President.

Mismanaged budgeting and poor working conditions on top of out-dated technical equipment has resulted in an inadequate healthcare system. The Ministry of Health has acknowledged its ageing workforce and as of July 2016, promised to settle all its outstanding claims and that nurses, doctors and allied health contract officers are the priority of the Government. Despite generous donations by various organisations, particularly the Chinese community, as well as landscape beautification by a local group of women, Port Vila Central Hospital still needs more support in terms of service delivery, medical supplies, medical equipment and infrastructure. 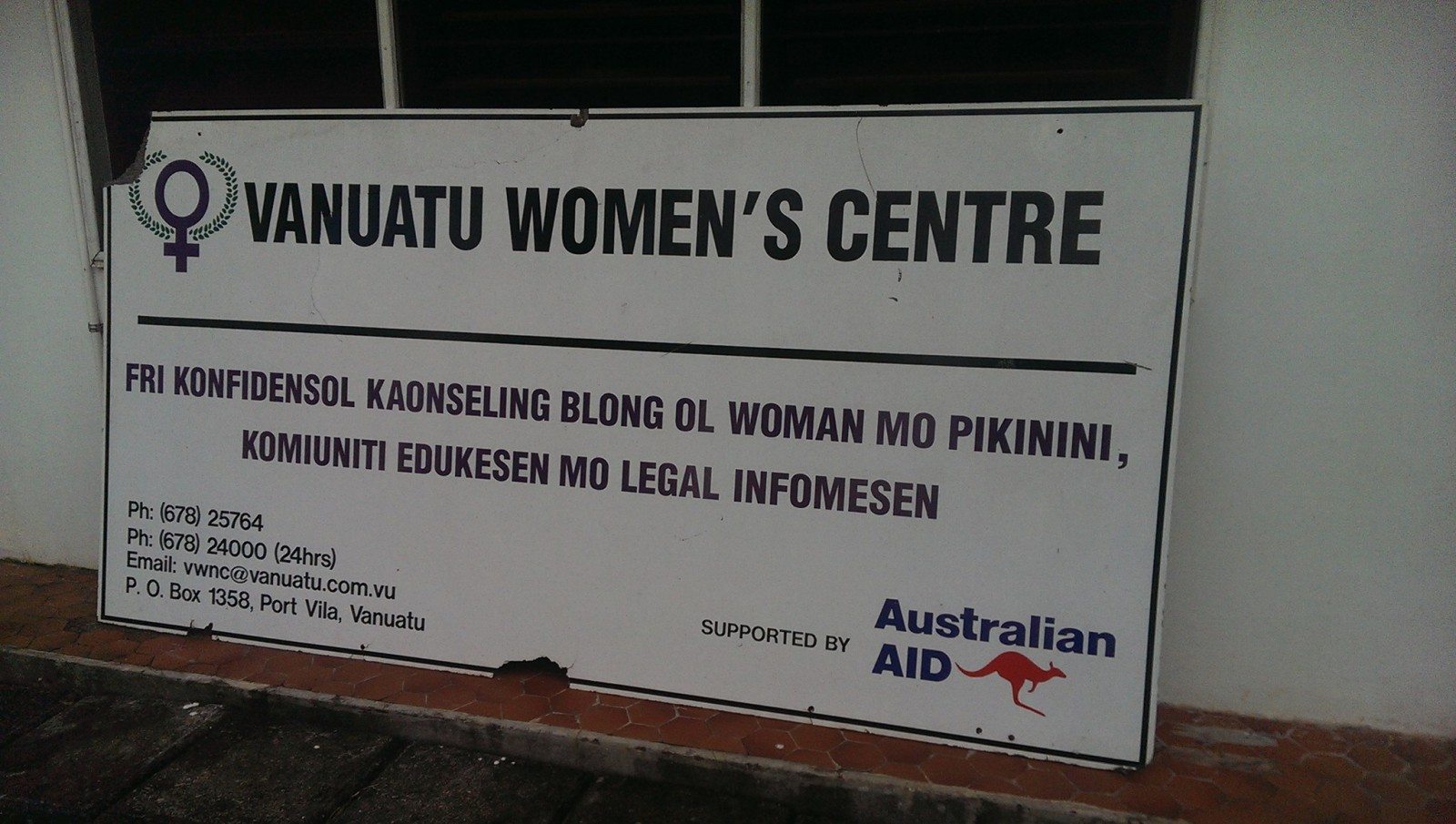 Entrance to the Vanuatu Women’s Centre

As well as an ailing healthcare system, a 2016 report published by UN Women titled Women and Children’s Access to the Formal Justice System in Vanuatu also confirmed Vanuatu’s weak justice system. 75% of the population live in rural areas. With only eight magistrates in four provinces across 83 islands, most people have to travel across or to another island to access the justice system, which is another hindrance due to high transport costs, a lack of vehicles, poor roads and infrequent flights and boats. Unfortunately the police are unable to travel outside their station to visit these communities, as they do not have the operational budget to do so.

As of 2015, the operational budget represented only 6% of the total Vanuatu Police Force (VPF) budget. The Australian Law and Justice programme supports 36% of the operational budget. Police are unable to carry out core duties such as investigating crimes, serving court orders and arresting suspects simply because their budget doesn’t allow them to do so. It’s common to hear of police being unable to attend a crime scene because there is no fuel in the police truck or no police truck available at all. If a crime is reported, it may not be investigated until the person responsible for dealing with these types of crimes is on duty.

In cases of domestic violence, Family Protection Orders can lapse before the required hearing by that Court to extend, review or withdraw the Order can take place. It is no wonder that women are giving up on the justice system. A 2009 survey conducted by the Vanuatu Women’s Centre (VWC) revealed that 60% of Ni-Vanuatu women experience violence, but less than 2% go through the formal judicial system and this is only executed when all other options, such as customary law, have failed. Furthermore, the Vanuatu Women’s Center and VPF Family Protection Unit assist 92% of women who do access the justice system. Considering that the Vanuatu Women’s Center is 100% funded by the Australian government and the Vanuatu Police Force is partially funded by Australian aid, if the Australian government were to reduce or withdraw it’s aid, the already low numbers of victims seeking redress would be significantly reduced even more. 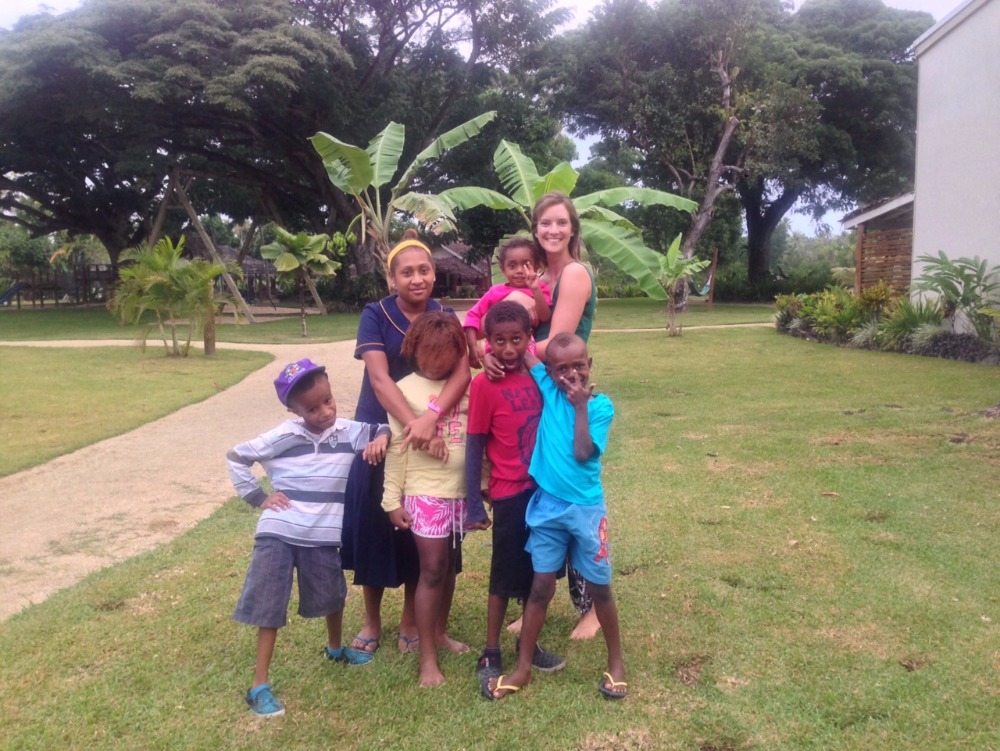 Tandi Davel has started a fundraiser to help maintain the needs of children who have been neglected.

It it clear that Vanuatu’s judicial and health system has serious issues that need to be addressed. Although we have laws and regulations that are supposed to uphold the rights of Ni-Vanuatu people, the basic needs of health care and safety are not actually being met. A reasonable amount of budget allocation from the government is needed to improve Vanuatu’s health and justice system.

On an individual level, you can make donations of books, baby clothes, blankets and basic health products such as soap to patients at Port Vila Central Hospital or get in contact with one of the many organizations that assist the community such as the Vanuatu Amputees Association.

There are also fundraisers set up by individuals from the local community to help specific persons in need such as Kennith’s Medical Fund, which is raising money for a young boy who has a hole in his heart and needs life saving heart surgery, or It Takes A Village, which is raising money to assist a nurse in providing a safe and stable environment for seven young children who have suffered sexual and physical abuse. As well as their education, money is needed to maintain their essential needs such as food, medical expenses and transport.

Please click the links to see how you can help and share the Go Fund Me Pages to raise awareness and get support for these children. 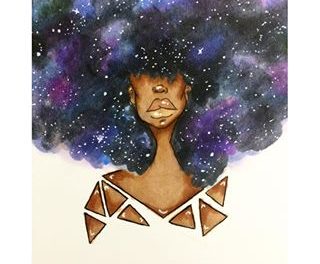 How Far Is Too Far For You? 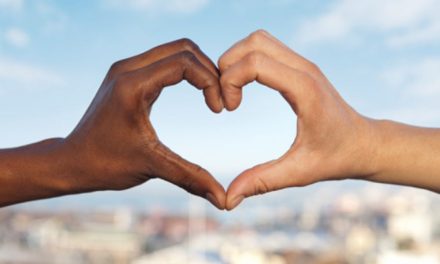 Safety and Security on Public Transport under Spotlight