Key Government agencies and stakeholders in Vanuatu have begun the first steps towards the nation’s implementation of the Convention on the Rights of Children (CRC) and the Convention on the Elimination of All Forms of Discrimination Against Women (CEDAW) at a meeting organized by the Pacific Community’s (SPC) Regional Rights Resources Team (RRRT).

The week-long meeting, which was held in the Vanuatu’s capital of Port Vila, provided national members of the CEDAW and CRC Committees an opportunity to consult with RRRT, UN Women, UNICEF, and the Melanesian Spearhead Group on pressing issues about the implementation of these treaties.

During the consultation, experiences from other Pacific Island Countries were shared, discussed and actively debated. Elizabeth Emil, Vanuatu Chief Desk Officer within the Ministry of Justice and Community Services, expressed her satisfaction in the consultation process saying, “It provided a clear understanding about the process of implementing policies, legislations and programs to achieve human rights obligations. It is not a simple process, but with the knowledge we received today I am confident Vanuatu can meet its obligations.”

Coordination and close partnerships are seen as key to advancing this work. Secretary of the Vanuatu Law Commission, Lawson Samuel said, “this consultation has demonstrated to us the importance of coordination and cooperation within and between government and NGOs. The closer we work together on these treaties the more successful we all will be.”

At a global level, UN CEDAW and CRC Committees are made up of independent experts on women and children’s rights from around the world who monitor implementation of human rights conventions. Countries who have become party to a UN treaty (a State party) are obliged to regularly update the respective Committee on progress made by the countries in meeting their obligations. The Committee then makes recommendations to the State party in the form of concluding observations.

The Vanuatu Government, through the Ministry of Justice and Community Services will finalise the draft implementation plan and seek endorsement from the Council of Ministers. Following endorsement, various government agencies will carry out their respective actions and report back to the UN Committees in 2020 and 2021. RRRT will provide continuous support through its Country Focal Officer and the Senior Human Rights Advisors.

RRRT has operated for over 20 years as the region’s pioneer in human rights and gender capacity building to Pacific Island countries (PICs), institutions and civil society. RRRT provides a comprehensive suite of policy and legislative advice, technical assistance and capacity building to support PICs in responding effectively to priority areas of human rights, such as gender equality, ending violence against women and children, disability rights, climate change, and equitable, sustainable development. 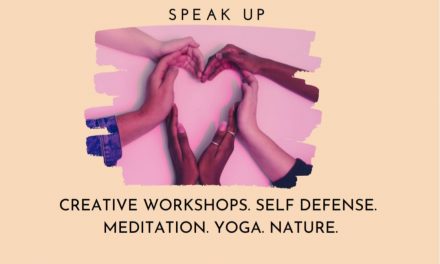