The woman that was allegedly involved in a fatal accident at Tagabe, Ms Hariett Yatipu, has been formally charged for traffic offences contrary to section 12 and 16 of the Road Traffic (Control) Act CAP 29.

Section 12 covers the issue of ‘causing death by reckless driving, and provides that “a person who causes the death of another person by driving a motor vehicle on the road recklessly shall be guilty of an offence and shall be liable on conviction to a fine not exceeding VT500,000 or to imprisonment for a term not exceeding 5 years or to both”.

“A police officer shall be empowered without warrant to arrest any person contravening this section.”

It was alleged that Yatipu was traveling from Black Sand on her way to the airport and instead of going around the roundabout she took the opposite direction of the lane and hit the victim.

Commander South, Superintendent George Songi confirmed that Yatipu was allegedly driving under the influence of alcohol and after the impact she failed to stop.

Mr Songi said that they detained the driver after the accident but had to release her after 24 hours and because the victim was still alive and they had to let her go.

He said that when police was informed by Vila Central Hospital that the victim died from serious injuries he sustained from the accident, they proceeded with charges and had the matter investigated and the case was already filed with the prosecution now ready to be dealt with.

He said that whatever is happening with the case now is none of the police business as it is in the hands of the prosecution. 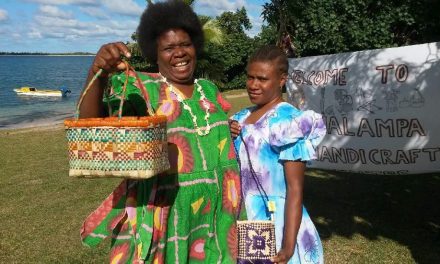