A 40-year-old woman was sent to prison for raping two boys on two separate occasions.

Sandrine Nemtem from North East Malekula was sentenced to 7 years and 2 months imprisonment with immediate effect in both cases.

The victims in these incidents were a 15-year-old boy and another still attending primary school in grade 5.

She also admitted one additional count of act of indecency with a young person, contrary to section 98A of the Penal Code.

But she was discharged from another count of act of indecency with a young person in one of the two cases.

After his final judgment on the cases Chief Justice (CJ) Vincent Lunabek claimed that a total appropriate sentence of 11 years imprisonment as a starting point on both cases in respect of the offences of sexual intercourse without consent.

“You are also sentenced to three years imprisonment as a starting point for the offence of act of indecency without consent in count two of the information in Criminal Case No.17/1145,” he said.

“Your total sentence of 11 years should be run concurrently with your sentence of three years on act of indecency.

In mitigation the CJ considered Nemtem’s clean past record and her remorse.

The Court found that the accused did not have a chance to attend formal school and she had a good relationship with the chiefs and the community and she is a gardener.

The Court noted that Nemtem is a hard working mother and she admitted her wrong and she pleaded guilty to these offences, although, not at the earliest opportunity given to her by the court.

The Chief Justice said that her total sentence of 11 years will be reduced by 20 percent.

“Your remaining sentence term is eight years and I reduce it further for three months to take into account the custom ceremonies you have performed to the victims and your family,” he said.

“I reduce it further by three months to reflect your other mitigating factors and you have an end sentence of seven years and six months imprisonment.”

The four months spent on remand was also deducted, leaving an end sentence of seven years and two months without any suspension.

On the date of the incident in 2014, (the first case) Nemtem invited the victim (15-years) for a dinner at home and when everybody went to bed, she took that opportunity to get her sexual gratification.

The Court found that she indecently touched the boy who was ready to go home.

The Court said Nemtem told the boy to follow her to her kitchen where she forced him to have sex with her despite his refusal.

The Chief Justice said in his judgment that the victim in his statement to police said that after this first incident, the woman did not stop indecently touching him whenever they met until the matte was revealed to the police.

Upon police caution Nemtem claimed that it was the victim who initiated those sexual offences but not her.

The second offence occurred in 2015 and Nemtem initiated by abusing the victim (the grade 5 student) while insulting him and saying bad words at him.

The Court found that Nemtem met the boy in a river alone and she approached him pretending that she was hunting for river prawns.

After that she took him home and performed oral sex on him and made the boy did the same to her.

The matter only came to light after Nemtem intended to go to church one Sunday but instead she took the victim to the bush. READ MORE 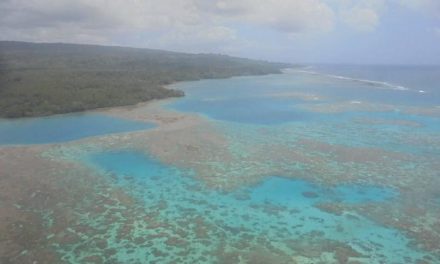