Starting this week, the OOS training complements the work of the Government to bring FLE to all the young people in Vanuatu.

It is led by the Vanuatu Family Health Association (VFHA), with the support of the United Nations Population Fund (UNFPA) and the EU-funded Spotlight Initiative.

In Vanuatu, young people aged under 25, make up about 57% of the population. Vanuatu has the third-highest adolescent fertility rate in the Pacific region with 48.4 births per 1,000 women aged 15-19 in 2019.

Early pregnancy and childbirth can have serious health and social consequences as complications during pregnancy or childbirth are one of the main causes of death among adolescent girls as well as school drop-out rates among girls.

High adolescent birth rate and teenage pregnancy are also related to the low attainment of education.

In 2015, almost half of all secondary-aged young people in Vanuatu were not attending school. Less than 55% of students in Vanuatu were officially enrolled in secondary education, regardless of age (secondary gross enrolment ratio).

The OOS FLE programme responds to the growing need of equipping adolescents with knowledge and skills to improve their sexual health literacy. The programme encompasses a holistic approach to adolescent and youth health and well-being, and incorporates other elements of healthy living, including mental health and well-being, healthy eating, keeping active, and use of drugs and alcohol.

With modules tailored around the needs of different age groups, the programme offers informal and flexible opportunities for young people to develop, accurate and age-appropriate knowledge, attitude, and skills; positive values, including respect for human rights, gender equality and diversity, and attitudes and skills that contribute to safe, healthy, positive relationships.

FLE curriculum adopts a gender-equality and human rights-based approach, paying particular attention to safety and violence prevention. It aims to enable young people to make informed decisions about their bodies and to practice having safe social and sexual relationships.

The training is part of the national OOS FLE rollout implemented by VFHA, with the support of the Vanuatu National Youth Council (VNYC) network, and national civil society organisations.

“VFHA is pleased to be able to partner with UNFPA, and with the support of the European Union, to roll out the Out-of-School modules for Family Life Education in our Vanuatu communities,” said VFHA Director, Dunstan Tate.

“VFHA has been involved in FLE since inception and I am pleased to see the direction FLE is taking in Vanuatu.”

The Youth Advocates and Village Health Workers being trained were recommended by their communities as individuals able to carry on the work and use the training to facilitate community workshops with their young people.

On the first day of “school”, their enthusiasm was palpable.

“I have participated in similar training in Port Vila but I completed the workshop without acquiring the confidence to take the training onward to other young people in my community.

“I hope that I can do this, this time around,” said Kathrina Rarua, a 20-year-old youth advocate.

The training aims to develop a core team of facilitators for the OOS-FLE modules across Vanuatu who can take the programme forward.

“I work with Save the Children and have learned a few new things today. I really look forward to the training and to rolling out the modules in the communities I work in,” said Peter Tafau, a 48-year-old youth advocate.

VFHA, who is implementing the OOS-FLE module rollout, plans to run similar workshops in all 6 provinces using the same methodology.

In all the provinces, there is an active effort in ensuring there is linking with provincial Health authorities and networks, as well as coordination with the VNYC network. 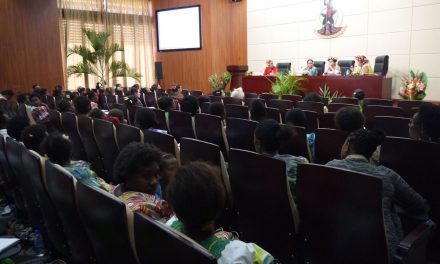 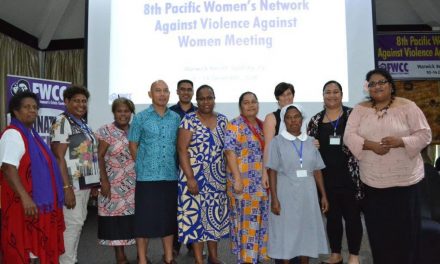