Inspector Lily Joel Mawa is a force to be reckoned with. Hailing from the tiny island of Epi, Lily has traveled the world and has enjoyed seeing new places and people.  A woman devoted to the service of her country, this is Lily’s 29th year of being in the Police Force. A proud single mama and a sewing and baking enthusiast, Lily has dreams of starting up a cooking and sewing business one day as a way to support single mothers. Lily lives by the quote “Persistence is the key to success” and lives each day giving the best of herself, whether it’s to her children, her service as a police woman or to her own self. Lily believes in never putting yourself down and to always believe in yourself. 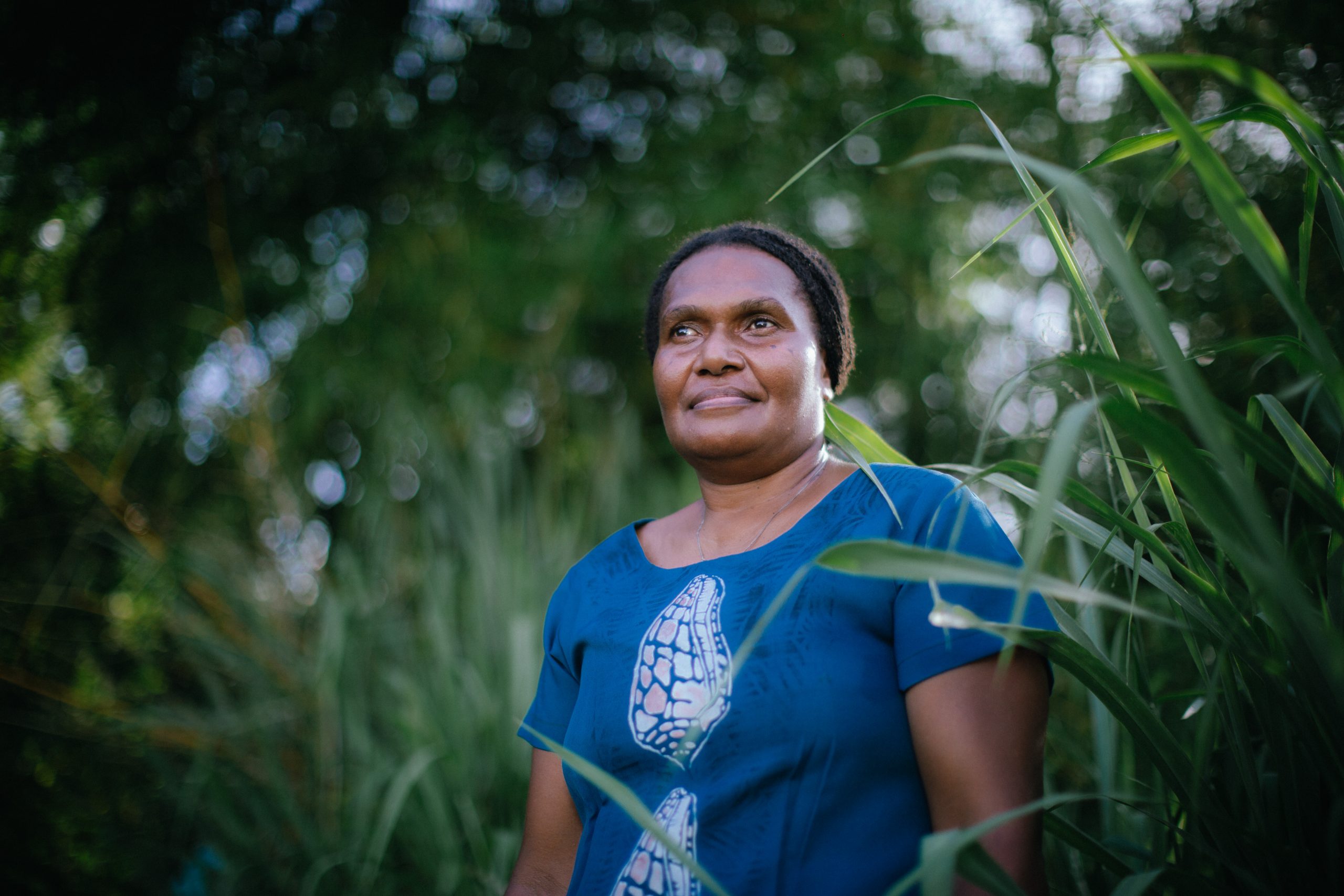 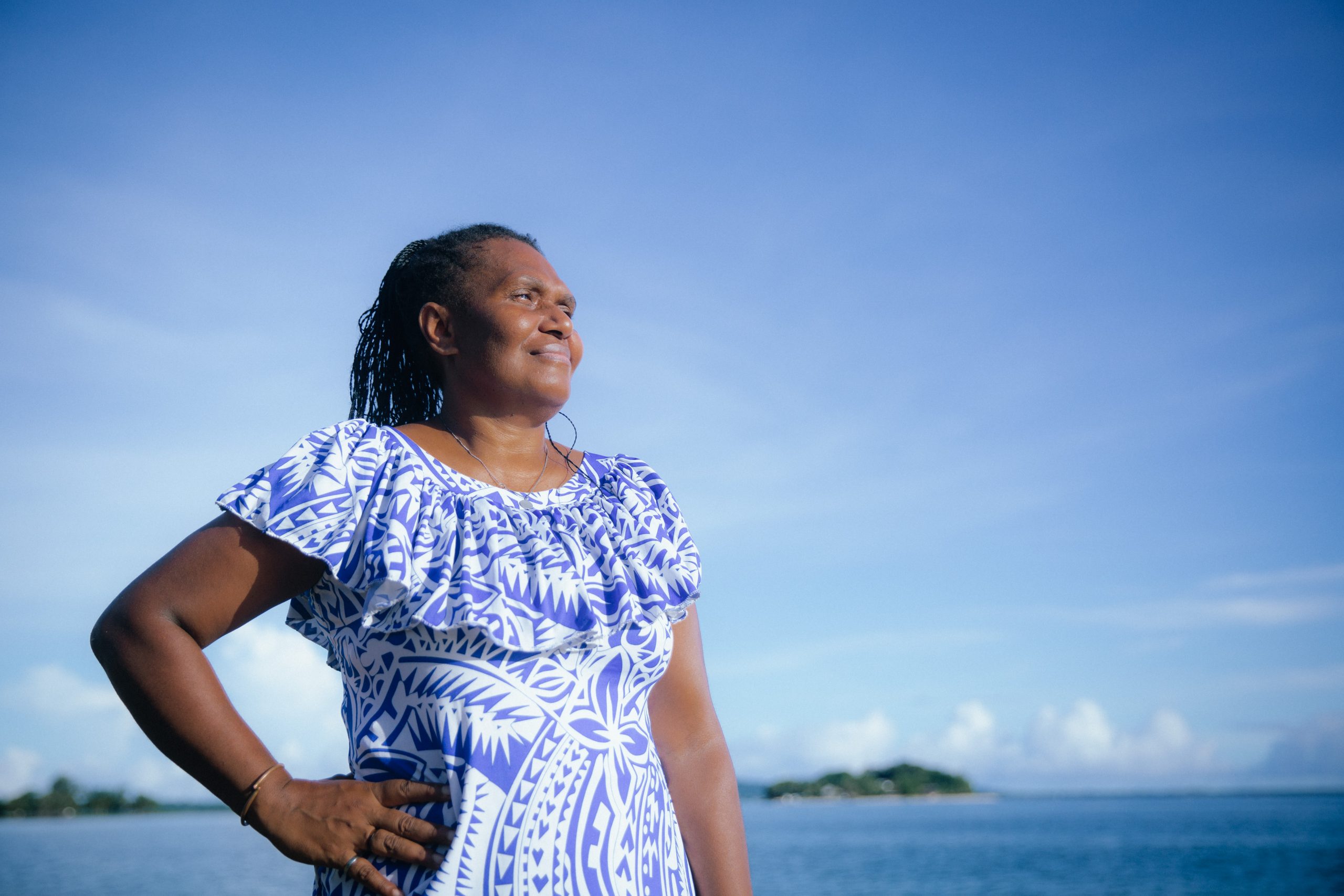 Where are you from?

I came from a small island at Epi Island called Lamen.

Tell us about your family?

I am a single mother with 5 children (4 boys & 1 girl). I bought us some land at Holen Fresh and that’s where we are living right now. The eldest one has finished from Agriculture College and is doing farming but due to this pandemic, he is now preparing to travel as a RSE worker. The second one is at RSE and the third one is a Police Officer. Only the two youngest ones who are still in secondary school in which I am paying for their school fees. 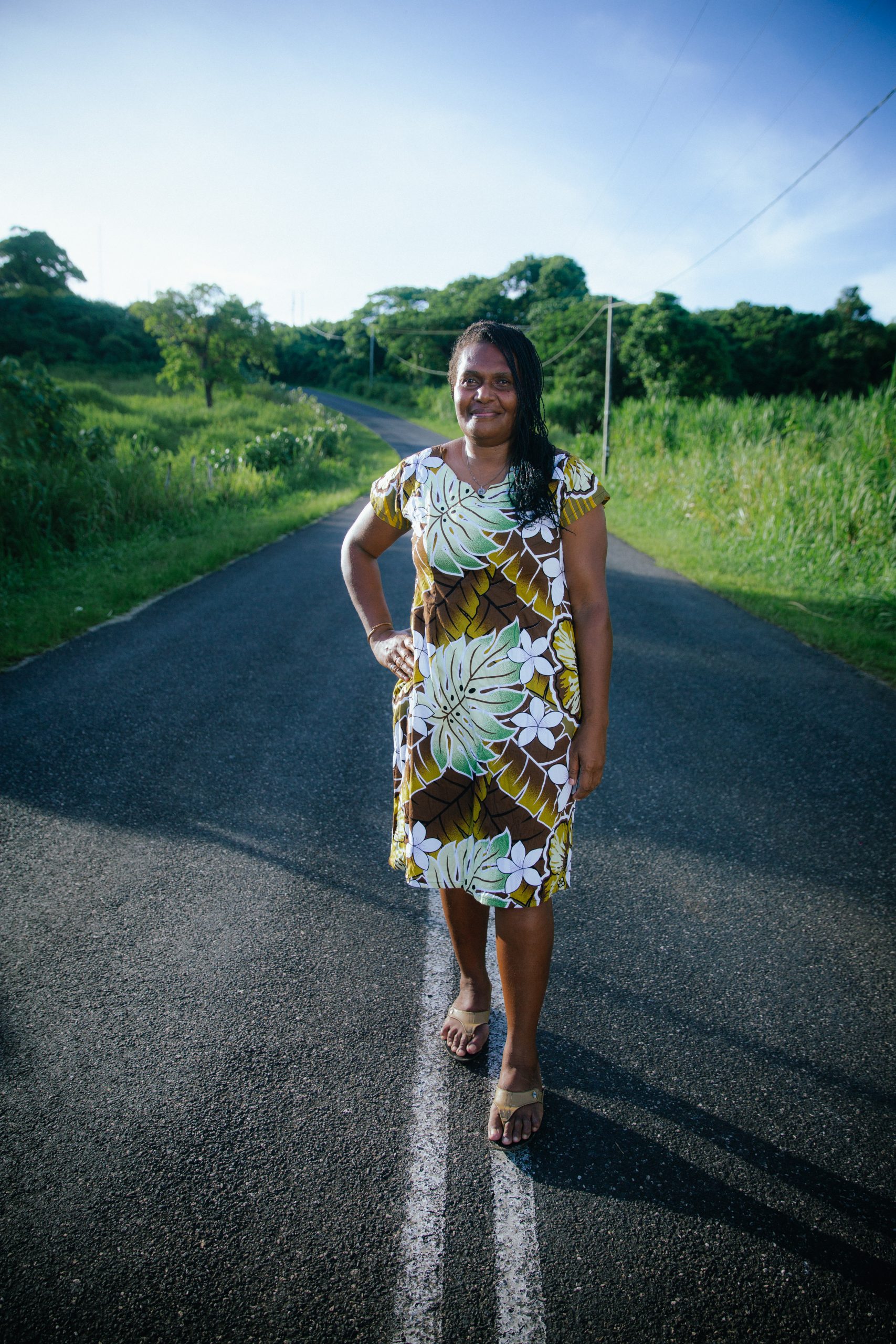 What do you like to do in your spare time?  Any hobbies?

I love to sew and bake.

I joined the force at 18 years old right after highschool in 1993. This year marks 29 years of my service at the Vanuatu Police Force. I went in as a new recruit for 6 months and had a 2 year probation before becoming an official Police officer. During my probation I spent 3 years at general duties and was posted at the criminal Investigation department and have been there since. At first, the crime prevention unit was under the Criminal Investigation Department (CID) department, so I was attached to the crime prevention unit, forensic, but mostly at the Family Protection unit. 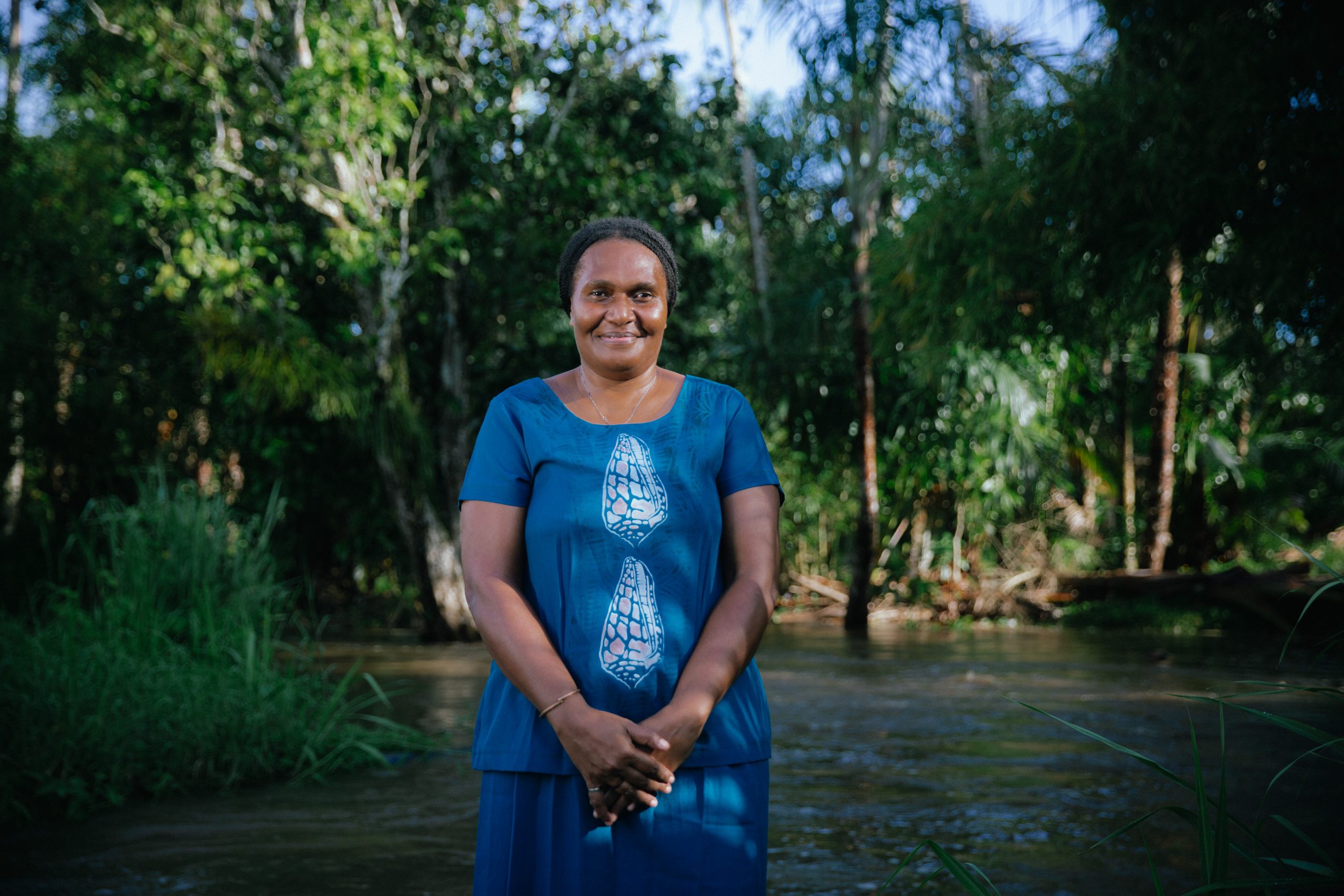 What do you aspire to do in the future?

I live to help others. In the work that I do, I deal with domestic violence and sexual abuse. I take care of victims who come in to report their cases. In the future I aspire to start my own sewing and cooking business to help women who are victims that want to leave a violent partner but are afraid to leave due to financial reasons. I am hoping this business will give them a way out by providing work and income for them and their children. For now, I can only help them through my work at the force.

What is a quote that you live by?

“Persistence is the key to success.” – Unknown

This is perfect for when you have a goal and you are working towards it to achieve it. 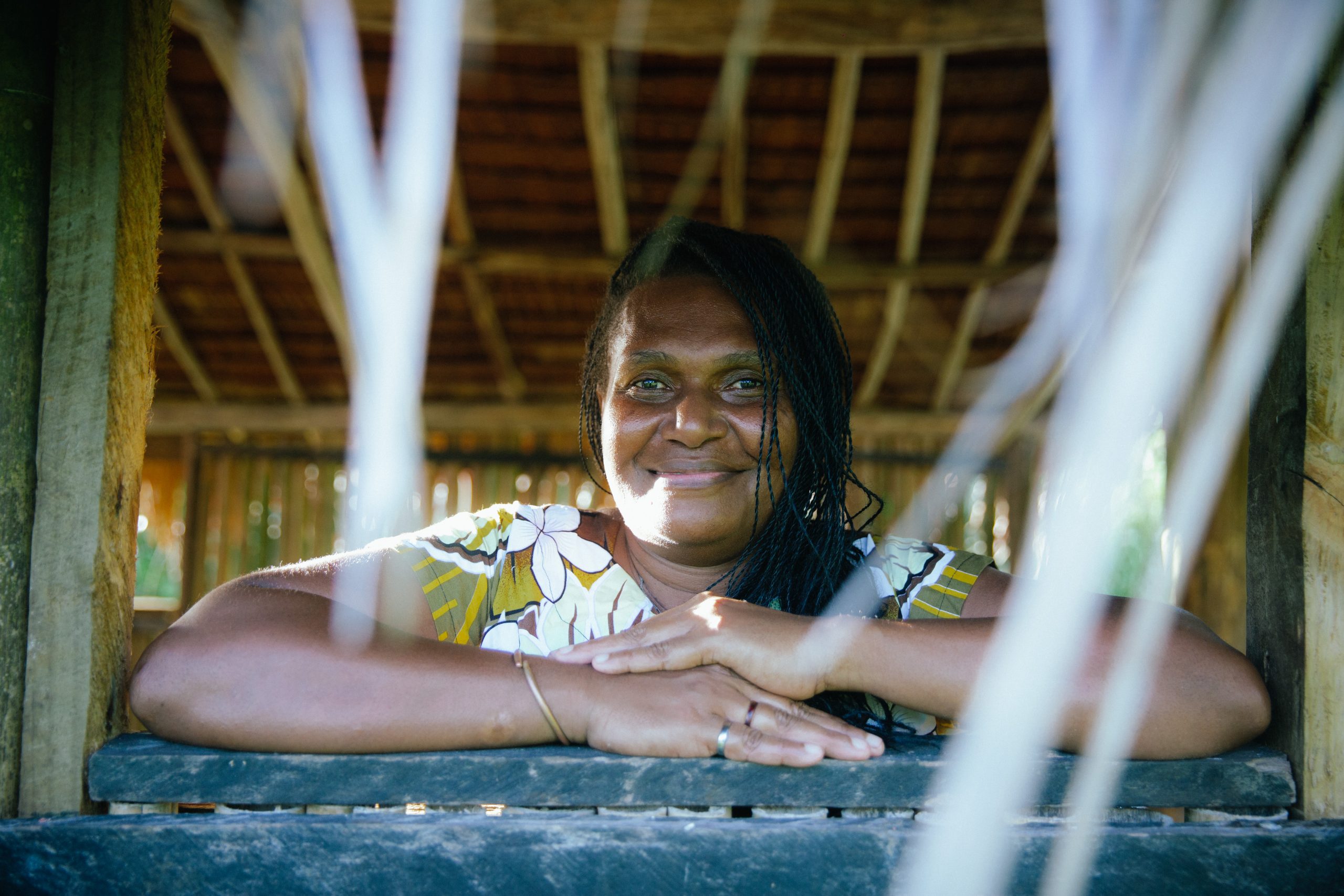 How would you describe your style? Why do you like fashion?

My style is what I like to call island style. I have never really been into beauty and fashion but I like that women and girls can use it to express themselves.

Who influences your style?

I grew up in a Christian household so I have always had a simple and island style. 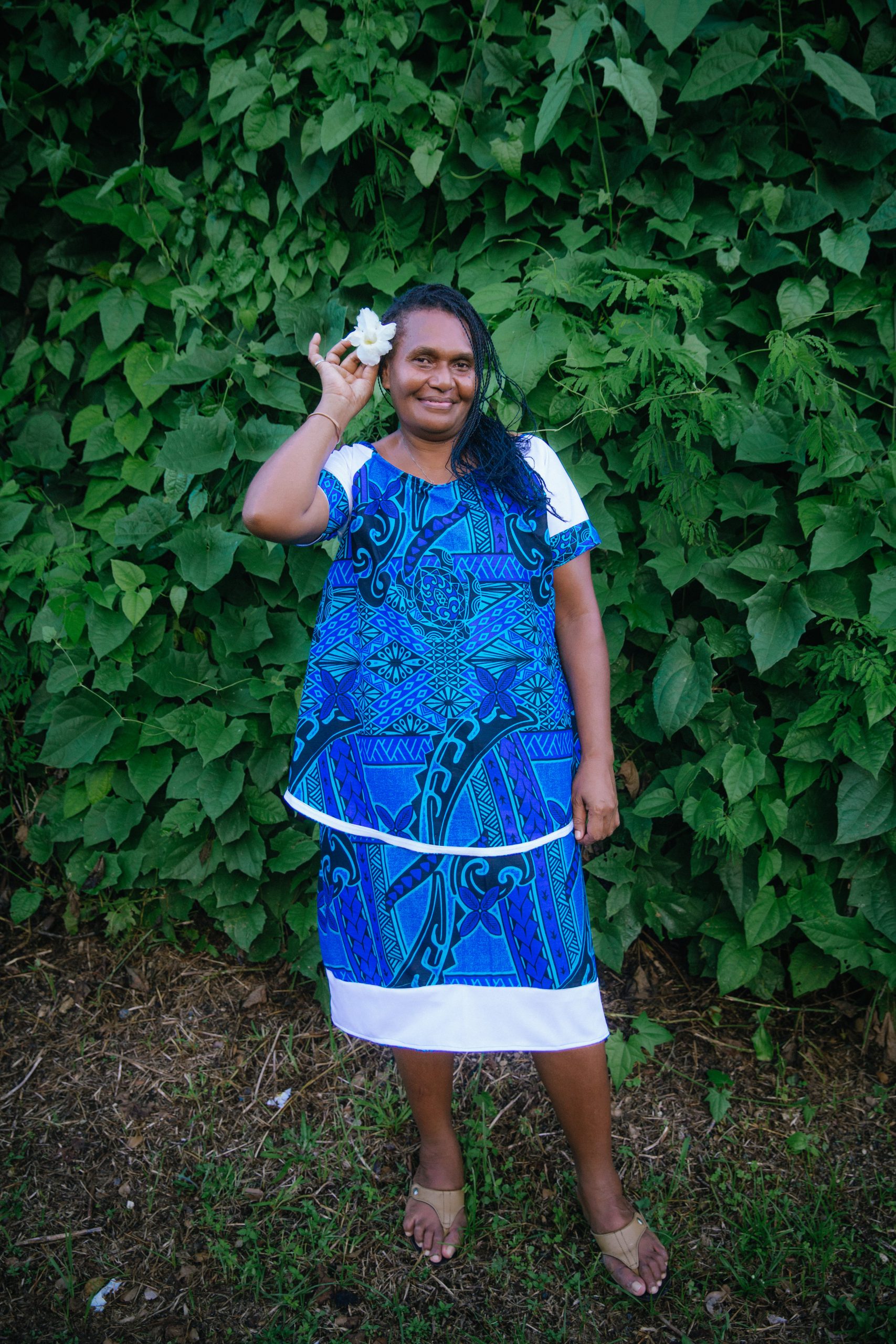 What beauty products do you use?

Be yourself. I noticed technology has people trying to copy fashion styles from other countries. It is better to use one’s own style than copying others.

What are three words you would use to describe yourself?

What does being a Ni-Vanuatu mean to you?

I have traveled to parts of the world far from home like Iran, Egypt, South Africa and Sudan. While traveling, I noticed that people were impressed with the fact that we Ni-Vanuatu speak multiple languages such as English, French as well as Bislama and our various mother tongues. That made me proud to be a Ni-Vanuatu.

What is one thing you wish you could tell your younger self?

As someone who did a lot of traveling in my youth thanks to my job, what I would tell my younger self is that there is a time and opportunity for everything. You will get what you want when you have worked to achieve it. Never think you cannot do what is normally seen as a man’s job, I am proof that is not true. Do not put yourself down, be yourself and you CAN do it!

Why did you want to become a Police officer and particularly in the family protection Unit?

I read the book ‘Nancy Drew’ when I was in highschool. The book was about a young female detective solving mysteries. That was where my interest in becoming a police officer began, and I made it a reality! I wanted to become a police officer because I like to help other people. Working in the Family Protection unit, helping victims of domestic violence because I was once one of them, I know what that feels like.

I was fortunate to have attended a training in Tonga on how to deal with domestic violence thanks to the sponsorship of the UN women, I also had the privilege of attending the regional training program in Fiji.

How do you look after yourself? And why is it important to do that in your line of work?

In 2007, after my youngest was born, I made the big decision to raise my children on my own without a partner. This was due to fear of having another man do what the ones in the past did. It is because of this that when a woman comes in to report a violent case, it hits close to home because I once faced that same situation. Knowing how they feel I go as far as taking protection orders as well as child maintenance.

While helping these women, I often use myself as an example hoping to give them courage to take charge of their lives like I did many years ago. Although I have no partner, my children are happy and I have always made sure that they have what they want and need. I encourage them to never look down on themselves because they are single mothers. It is important to me to help women who are victims of violence because I am a survivor!

This article was originally published in the Vanuatu Daily Post’s April 2022 Life and Style magazine edition.

Eliane is from the island of Ambae, Penama province. Her designs were inspired by her mother who was a tailor, Eliane started sewing as a young girl. She was inspired to start sewing again four years ago to create clothing that was suitable and unique to her. She took up sewing to help with household needs and more importantly keep food on the table for her family, and from there it eventually turned it into a business.

Eliane was one of the fashion designers from the ‘Yumi Gat Style’ – Vanuatu Fashion show last year where she demonstrated her expertise in fashion design.

If you like what you see on the model, she is located in Agathis, contact her on +678 774 7950 or message her on her Facebook page Eliane Passion Sewing & Designs. 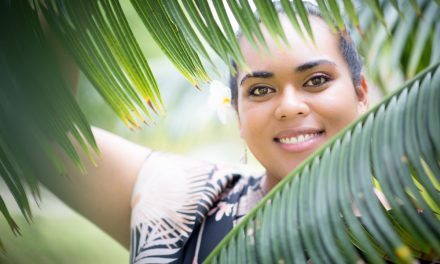 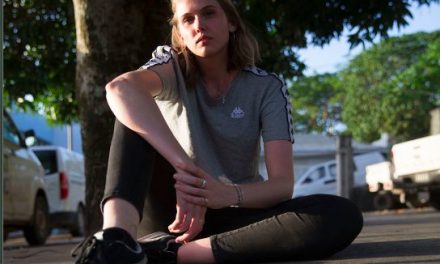 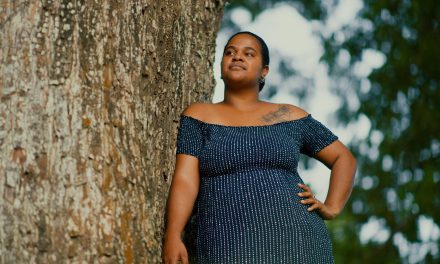 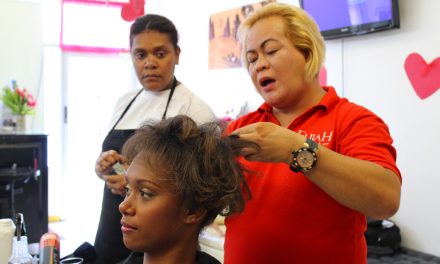