She has represented Vanuatu in regional and international competitions and upon retirement, she has taken up team manager and coach roles for Vanuatu.

The mother of two is usually based in Papua New Guinea but has come back as Sports and Pacific Games Association Relations for the Vanuatu Pacific Mini Games, which is being held in December 2017. In this article, she reminisces about her sporting journey and offers some words of encouragement to uprising athletes. 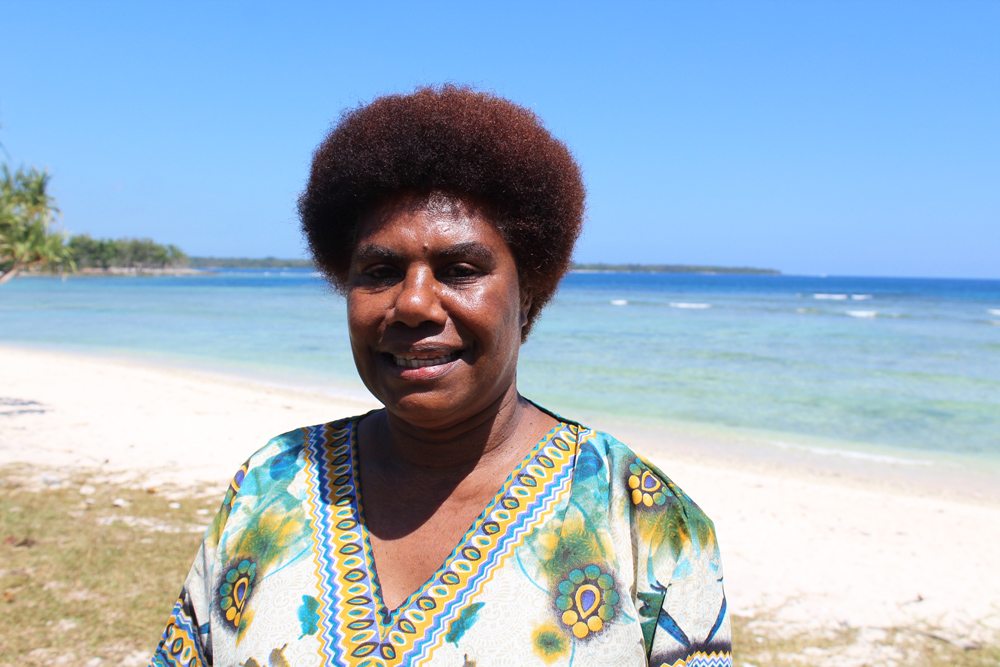 When I was growing up in Tanna, the traditional games we played as children such as karu and kalabus involved a lot of running around. The other kids liked having me on their team because they knew they would win.

In the colonial times we only had community school. Back then most people went to French school because it was free. The closest school to my village was British. We didn’t have the structure that exists today where classes are divided by age. When the opportunity came, we all just started at the age we were at. Some girls were already 16.

We use to celebrate the Queens Birthday with a sports carnival for all the schools in Tanna. I represented my school in athletics but I would be competing with girls who were much older than me and had longer legs. I sometimes lost but I didn’t care. I just raced and enjoyed it. 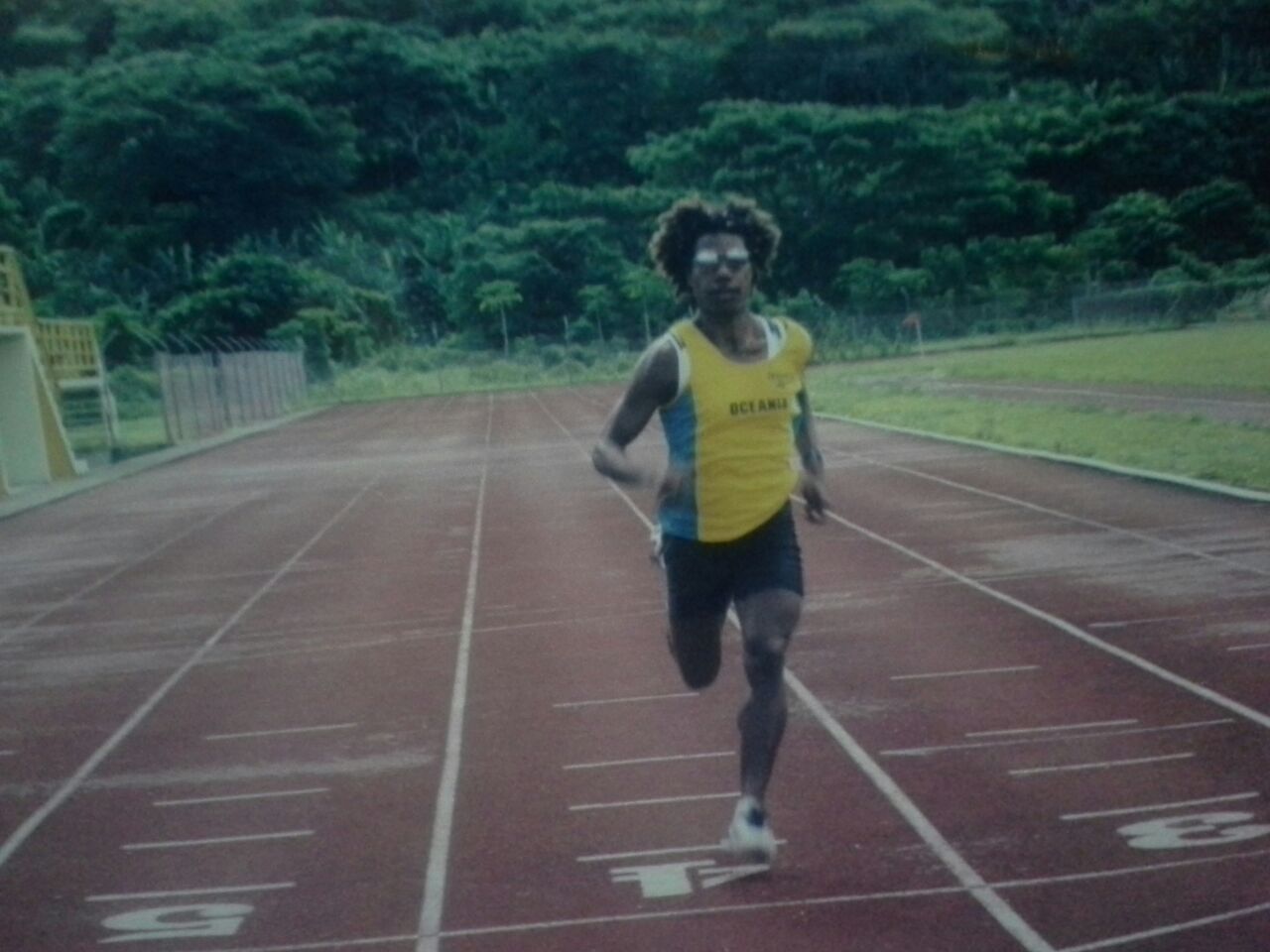 From Lenakal to Port Vila

I was lucky enough to pass my secondary exams into Malapoa College (formerly known as British Secondary School) where they had proper Physical Education facilities.

I stood out in sports and my PE teacher started coaching me. After class finished at 3pm, I would do my training at Stade. I usually trained three times a week but when I got selected into the national squad in 1981 for the Pacific Games in Solomon Islands, I trained everyday. If I was lucky, the Malapoa bus would drop me, but usually I would walk or run down to Stade and be back before 6pm. I also walked back because I had no bus fare. 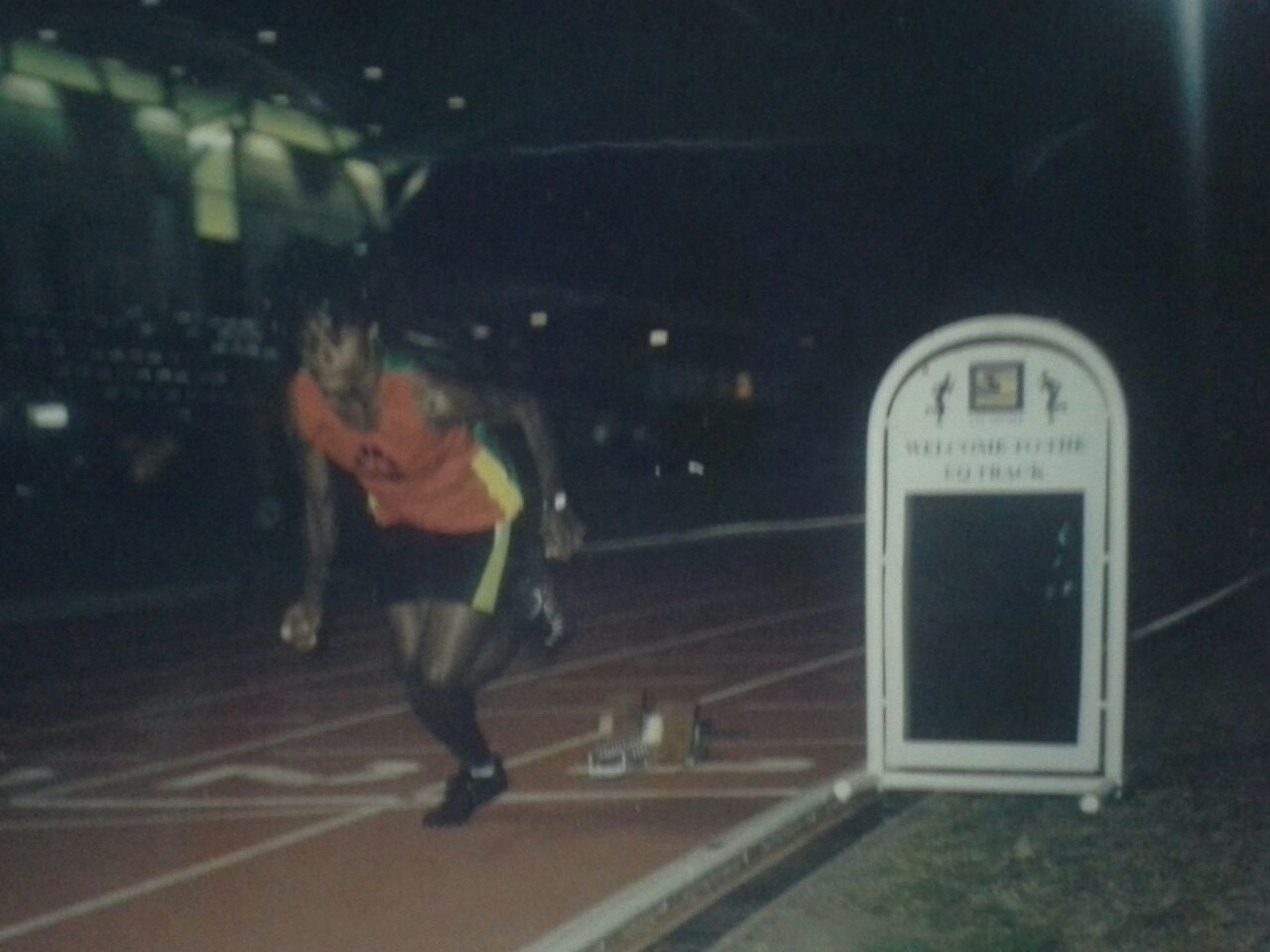 I specialized in the 400m. There were no other female so I either raced by myself or against men. It didn’t matter – I was more concerned about my timing than whom I was racing against anyway.

I wore what the men wore because there was no other choice. Back then, even the Athletics Federation didn’t realize there was a difference between training and performance uniforms.

I was so skinny and small that I would have to tie my shirt in a knot behind my back or tuck it into my bra. It wasn’t until much later that we had a proper uniform to represent Vanuatu. Even then, we had to return the uniforms back to re-use for other athletes.

I didn’t care and I didn’t even think about it. We knew nothing else. Whatever was provided was good enough, even if it was broken or old, you just had to deal with it. The only thing I got to keep was my shoes, which would last up 2-3 years, because I took good care of them. 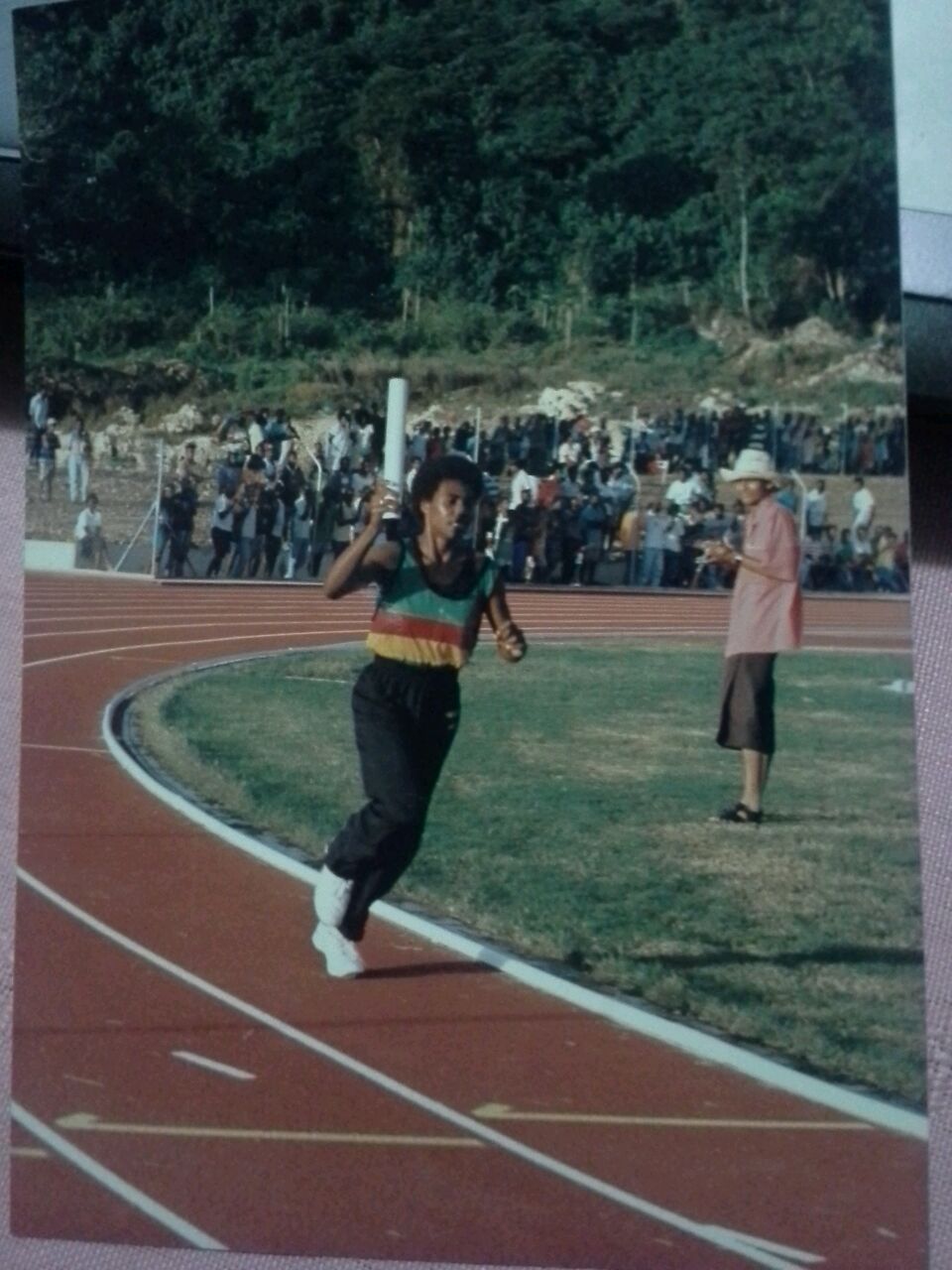 I won my first medal in the 1983 Samoa Pacific Games. It was bronze. In the 1985 Cook Islands Pacific Mini-Games, I won my second medal, which was silver. After that, I pretty much won gold medals until I retired in 2001.

In athletics, it’s all about timing. I just strived to beat my own time. My personal best for the 400m was 61 seconds but I cut it down to 53 seconds and that record still stands today. In fact, I have national records for the 400m hurdles, 100m, 200m and 800m and they all still stand. 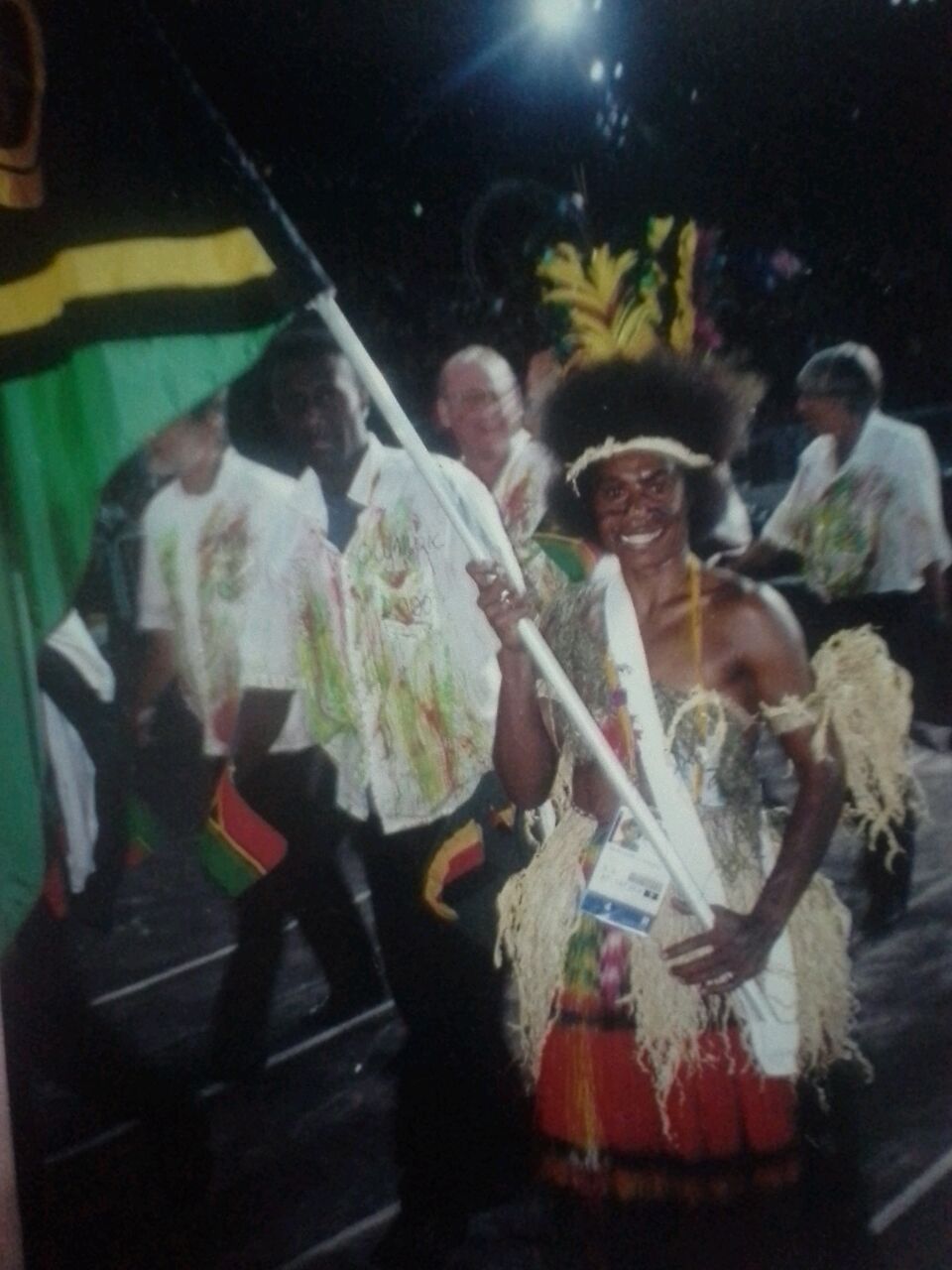 I really looked forward to international competitions because I could see my time in the big screen and run on a synthetic track. Usually I would have to measure myself with a stopwatch and run on the grass.

People, especially the Fijians, would say to me, ‘We have someone better than you’ and I would say, ‘Good. I’ll see them at the finishing line.’ If anyone beat me, and they never did, that would be just another challenge for me. 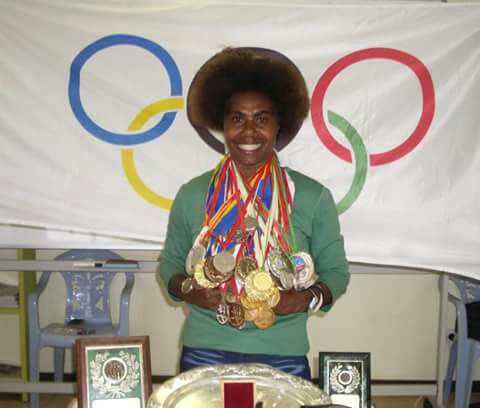 With her countless medals

Time management is the key

Nothing comes easy. If you’re not mentally tough, everything is defeated. I didn’t rely on the coach’s training to improve my performance. I knew my own weaknesses and if my flexibility wasn’t good or if my finish wasn’t good, it meant I needed more endurance training or power strengthening at the gym.

There are female athletes today who like to show off but they don’t do the training to catch up to my standard. It’s not enough to be on track. You need to run on the road, sprint up a hill, you have to make the commitment. I was a student, working and a mother, what’s your excuse?

It all comes down to time management. The sun rises at 5 am and you can choose to sleep or get up and do something. In Papua New Guinea, I had no babysitters. When I was cleaning or cutting the grass, I would put my baby on my back. There is always a way. 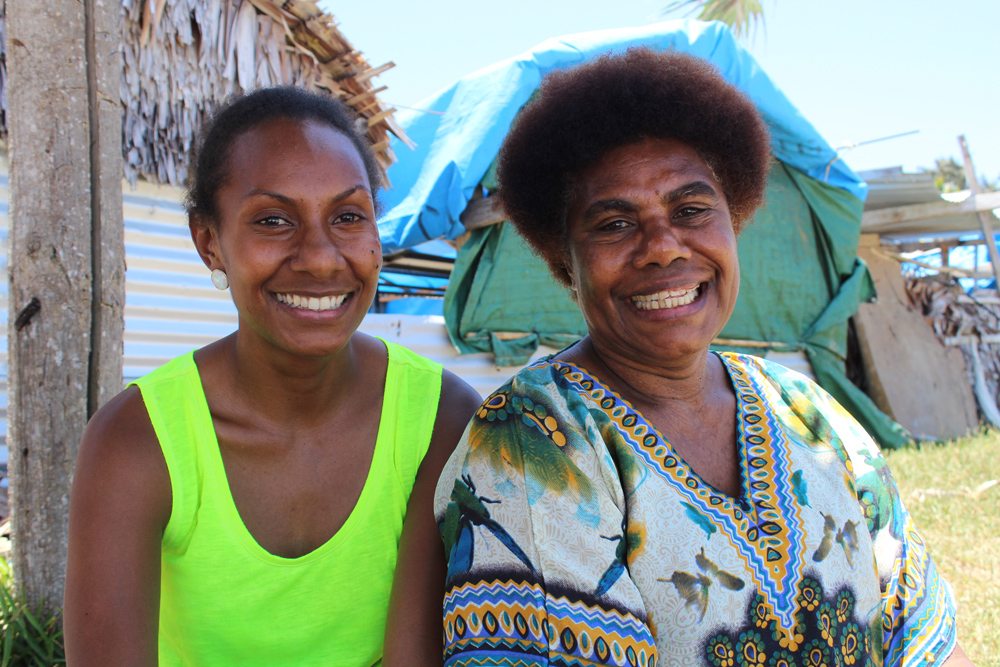 Whatever excuses you are trying to make, remember there is a lot of time from morning to afternoon. You can do it. If you have kids, get them involved. My children would help me with the stopwatch to take my time. They would cheer for me when I was racing. People couldn’t believe I had two children and would ask them if I was really their ‘stret’ mum and not their auntie.

For those who are working, maybe the government could consider upgrading the facilities? If there are lights in the stadium, athletes can train at night. We have so much sun here, why don’t we use solar panels? But again, it’s about time management – if you need to train before work, manage your time better.

We have a lot of potential athletes in Vanuatu. I am happy to be home and to contribute to my country again. It will be nice to leave a legacy behind so that the new generation can enjoy the facilities after the Mini Games is finished. 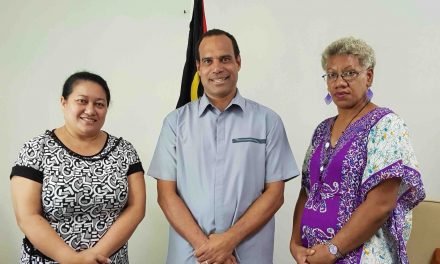 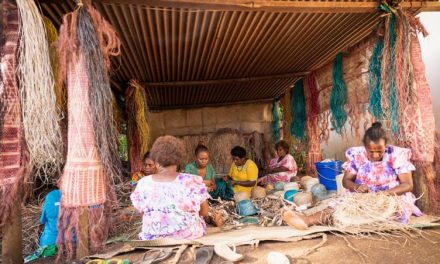 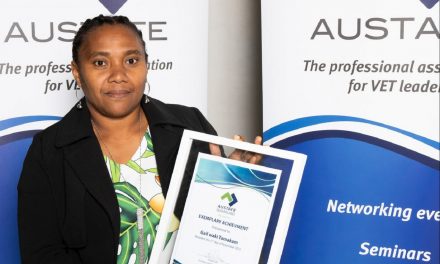 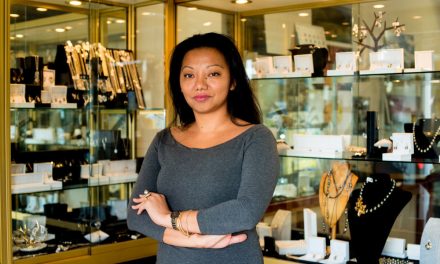