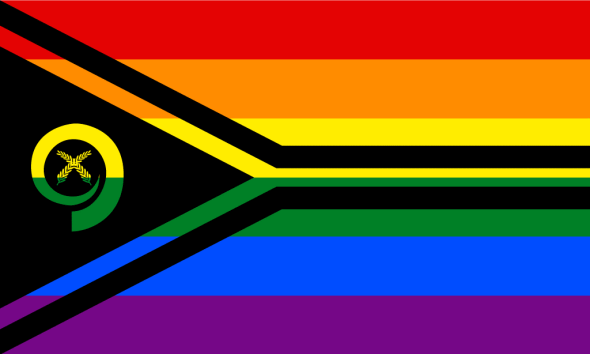 MP Andrew Napuat’s recent statement on the supremacy of Christian principles in Vanuatu society raises important issues that leaders throughout Vanuatu should deliberate and consider carefully.

It is true that the founding fathers and mothers of this country were primarily Christian. This is a testament to the important role Christian churches played in educating and training the leaders that would take the then colony of New Hebrides to independence in 1980.

It is understandable then that our national motto and the preamble to our Constitution make specific reference to God as the inspiration behind the struggle for political independence and freedom.

What is also true is that these same founding fathers and mothers crafted and enacted a Constitution which guarantees fundamental individual rights and freedom from discrimination on the basis of, among other things, religious beliefs.

Today, Vanuatu is a diverse country. While Christianity is still the dominant religion, making up 82.4% of the population (2009 Census), we have to acknowledge that the rest of the population, totalling over 40,000 citizens, do not necessarily share the same Christian beliefs as the majority of us.

Christians may argue that because their religion is the most dominant, they get to impose their religious beliefs over everyone else. However, history and current events around the world should tell us that this is not the path to a peaceful and stable society. Perhaps this was why our founding fathers and mothers, in their foresight, made sure to specify and guarantee the freedom of conscience and worship in the Constitution. Freedom of conscience is defined as ‘the right to follow one’s own beliefs in matters of religion and morality’.

The call for Parliament and Government to act against transgender persons and preserve God’s plan for a man and a woman—and the status of women—is troubling. Apart from directly contravening the Constitution, such a call turns a blind eye to the greatest threat to families and women in Vanuatu today: epidemic levels of violence.

The 2011 Family Violence Survey by the Vanuatu Women’s Centre and the Vanuatu National Statistics Office should tell us that it was never God’s plan that 60% of women in Vanuatu experience physical and/or sexual violence at the hands of an intimate partner at some time in their lives.

While Parliament is to be lauded for passing the Family Protection Act in 2008, current Members of Parliament could do a lot more to protect families and women if they considered how the Act’s provisions can be improved and resourced to function effectively. In the meantime, it should be clear to all of us that one transgender citizen of Vanuatu exercising her Constitutional freedom of expression in a magazine is not the greatest threat to the status of families and women in Vanuatu today.

Current Members of Parliament could also do a lot more to protect the status of Lesbian, Gay, Bisexual, and Transgender (LGBT) people in Vanuatu today.  This section of society has been one of the most vilified and oppressed all over the world.

Thankfully, their marginalised status has been recognized by some of the great leaders of our time.  Nelson Mandela and Archbishop Desmond Tutu, for example, made sure there is a provision in their constitution which specifically protects the rights of the LGBT citizens of South Africa. Barack Obama is another example of a leader who has fought hard to pass legislation and contest court cases that promote and protect the rights of the LGBT citizens of America.

In Vanuatu, our founding fathers and mothers exercised tolerance and understanding which allowed the likes of the late Paul Gardissart, the late Nicolai Michoutouchkine and Aloi Pilioko to make significant contributions to the development of Vanuatu as a nation. If Christian leaders abroad and at home can exercise tolerance, understanding and care toward LGBT persons, why is it difficult for today’s generation of leaders to demonstrate the same level of courage and leadership?

I believe it is the moral and constitutional duty of all leaders in Vanuatu to refrain from discriminating against people on the basis of religion and other differences. They should instead seek to understand and appreciate the diverse nature of Vanuatu society and use this knowledge to promote unity and peaceful coexistence amongst all people who call Vanuatu home. Vanuatu will be richer for it.

This article was originally published in the Vanuatu Digest. 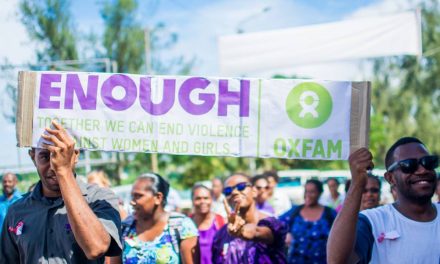