This article was originally published in the Vanuatu Daily Post Life and Style magazine. 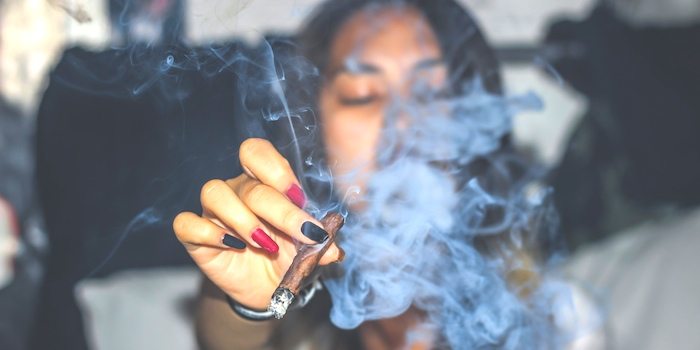 Marijuana use is increasingly common among Vanuatu youth but hardly anyone is addressing its challenges.

The Vanuatu Police Force Crime Prevention Unit (CPU) has revealed that 70% of crimes committed in Vanuatu involve the use of marijuana. In July, a 20-year-old man from Tanna claimed that marijuana had caused him mental impairment and resulted in him killing a nine-month-old baby.

An evaluation conducted by Doctor Jimmy Obed at Vila Central Hospital concluded that his actions stemmed from impulsive anger rather than mental impairment and the man was sentenced to four years in jail.

Over the past few years, the consumption and cultivation of marijuana has become an increasing concern. Earlier in April, police had seized over 600 marijuana plants in the area of Middlebush, Tanna. It is believed to be the biggest raid on marijuana cultivation by the Tafea Police Patrol. The plants covered an area the size of a football field and varied between five to eight feet tall.

Despite the raid, a chief from Whitesand area in East Tanna says that new gardens of the illegal plant have been continuously springing up since Cyclone Pam. The Nagusi Tribe Council chairman has reported the gardens to the Police but says they have failed to investigate, citing a lack of fuel as the reason for their inaction.

The chief is concerned about how the effects of marijuana will impact the small community and expressed his frustration that the police have not assisted him despite him reporting the illegal cultivations last year.

To reflect the increasing consumption of marijuana, there have been more awareness campaigns regarding potential side effects. A campaign poster distributed by the Crime Prevention Unit discusses the short and long term effects of marijuana including:

Mr. Tony Tarivonda, manager of the Youth Centre at Wan Smol Bag, says that he encounters youth from all walks of life and marijuana use is common. ‘From my personal observation, young people are smoking marijuana for various reasons,’ Mr. Tarivonda said. ‘We try to encourage them to try cut down or stop altogether as it does affect how they behave.

We had one particular youth at the Nutrition Centre who smoked a lot. We encouraged him to engage in activities to distract him from wanting to smoke. Now he’s very useful and he helps with the washing up. When you engage with them, their mind focuses and they think about their future.

If they don’t have anything to do all day, they fall back to marijuana, kava or alcohol. It’s important to involve them in activities to keep them out of trouble.’

Mr. Tarivonda says that some youth have been pushed out of the formal education system, either because they have failed their exams or unable to pay school fees, and without any opportunities to further their studies, they turn to marijuana to cope.

‘They start to think ‘I’m a failure, smoking makes me happy and makes me not worry.’ Sometimes they feel peer pressured to smoke and will do it just because they want to connect to someone who does.

In Vanuatu we also like reggae music and it’s associated with marijuana. Sometimes they want to be like Bob Marley and marijuana is part of the reggae culture and make them want to smoke.

Another reason is because of social problems. Sometimes families will break up and the kids will go stay with other relatives and without any supervision, they are free to do what they want. It’s not just marijuana that they will abuse but also kava and alcohol.

If they want to consume those substances, they cannot do it within the premises of the Wan Smol Bag. We try to positively engage with youth at the Youth Centre to learn new skills in sports, arts and the computer.’

A young woman who wishes to remain anonymous says she smokes marijuana regularly and she believes its effects differ from person to person. ‘My group of friends smoke marijuana every day. You would be surprised how many people in Port Vila are functioning marijuana users.’

The young woman says that it helps her manage her anxiety. ‘When I smoke, I feel calm but I have met some people who say that when they smoke, they get anxiety. We smoke the same plant and experience two different feelings.’

She believes people need to be more educated about marijuana and not just focus on the negative image being promoted by the Crime Prevention Unit. ‘Hemp, a variety of Cannabis, can be used for food and medicinal purposes. It can also be used to make rope, clothing, construction material, oil and fuel. I believe it’s a miracle plant if used resourcefully.’

Dr. Basil Leodoro, a doctor from Vila Central Hopsital, says that research has proven that marijuana can be used to treat certain medical conditions. ‘Several medical journals support marijuana use in palliative care. There is good medical evidence for the use of marijuana in cases of cancer, AIDS and other patients who need end of life care. Hence, legislation had been passed in some countries to support ‘use of medical marijuana’.

We do not advocate for its use in Vanuatu because it is illegal. On the other-hand, I actively promote use of Vanuatu traditional medicine (kastom meresin) for cancer patients and end-of-life care as part of palliative care. I am not sure if marijuana is considered ‘kastom meresin’’.

The possession and use of marijuana is a serious crime in Vanuatu that carries a fine of Vt200 million or 20 years imprisonment. For more information, contact Wan Smol Bag or the Crime Prevention Unit. 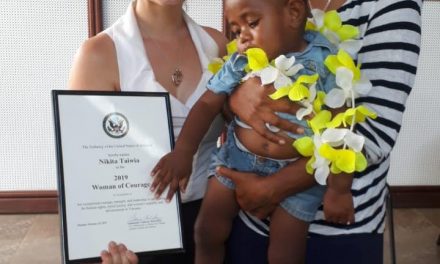