U.S. Ambassador to Papua New Guinea, Solomon Islands and Vanuatu, Catherine Ebert-Gray, visited Vanuatu in January for the eighth time since her return to the Pacific region in 2016.

In this exclusive interview with Sista, Ambassador Ebert-Gray offers insight on being a woman leader in the Pacific and the importance of supporting efforts to empower Ni-Vanuatu women to address social issues and raise Vanuatu’s GDP. She also shares what character and skills are required to serve as US Ambassador and offers advice to the Prime Minister of New Zealand, who recently announced she is expecting her first child.

As well as meeting  government, business and civic leaders, including the new Foreign Minister Honorable Ralph Regenvanu, Ambassador Ebert-Gray also met with diplomatic counterparts, members of the American community and representatives of the Vanuatu-USA Alumni Association.

She took the opportunity to ask the Vanuatu-US Alumni Association to assist the Embassy to promote the Women of Courage award in Vanuatu  as there was no application for the Women of Courage Award from Vanuatu last year. Award nominations are now open and the link can be found below.

How long was your stay in Vanuatu and what was the main purpose of the visit?

This was a quick trip of five days after a long visit in September when I visited Peace Corps sites, met with development partners, and explored tourism.  Between my visits, I routinely read Vanuatu news online and my colleagues from the US Mission happily enjoy frequent visits.  In fact, my deputy Mary Drake joined the celebration in October of the opening of the offices of the South Pacific WWII Museum in Luganville reminding us all of how our friendship dates back to WW2.  To this day Americans consider James Michener’s books, which have become famous musicals, as classic American stories of Vanuatu and the Pacific.

What do you define as two countries having an ideal partnership? What defines a strong relationship?

The ability to maintain constructive dialogue in areas of mutual interest and the ability to support each other’s priorities are important to strong national relationships.  This extends to selfless disaster assistance and development support, voting and collaboration at the United Nations and regional forums, as well as facilitating mutual economic and social opportunities.

As a result of Vanuatu’s successful strengthening of democratic institutions, Vanuatu qualified for US Millennium Challenge Corporation funds in 2006 to construct the Efate ring road and facilitate economic opportunities.  Another area of shared interest is maritime security and opportunity.  This led to a US-Vanuatu Shiprider agreement signed in 2016 which invites Ni-Vanuatu law enforcement officers to ride US Navy and Coast Guard ships in Vanuatu coastal waters in order to learn from each other and monitor Vanuatu waters for illegal fishing and other transnational crime.

The US Peace Corps Volunteer program, with over 75 volunteers across Vanuatu is also an example of mutual interest.  Our PCVs assist communities by teaching in schools and working in clinics while the Volunteers gain experience in development fields, form lasting bonds with Ni-Vanuatu colleagues and friends and share in Vanuatu’s rich culture. And I am pleased, that largely due to Vanuatu’s natural beauty and the hospitality of host families and their communities,  that Vanuatu always outranks other Peace Corps locations in the world as a favorite place for Volunteers. 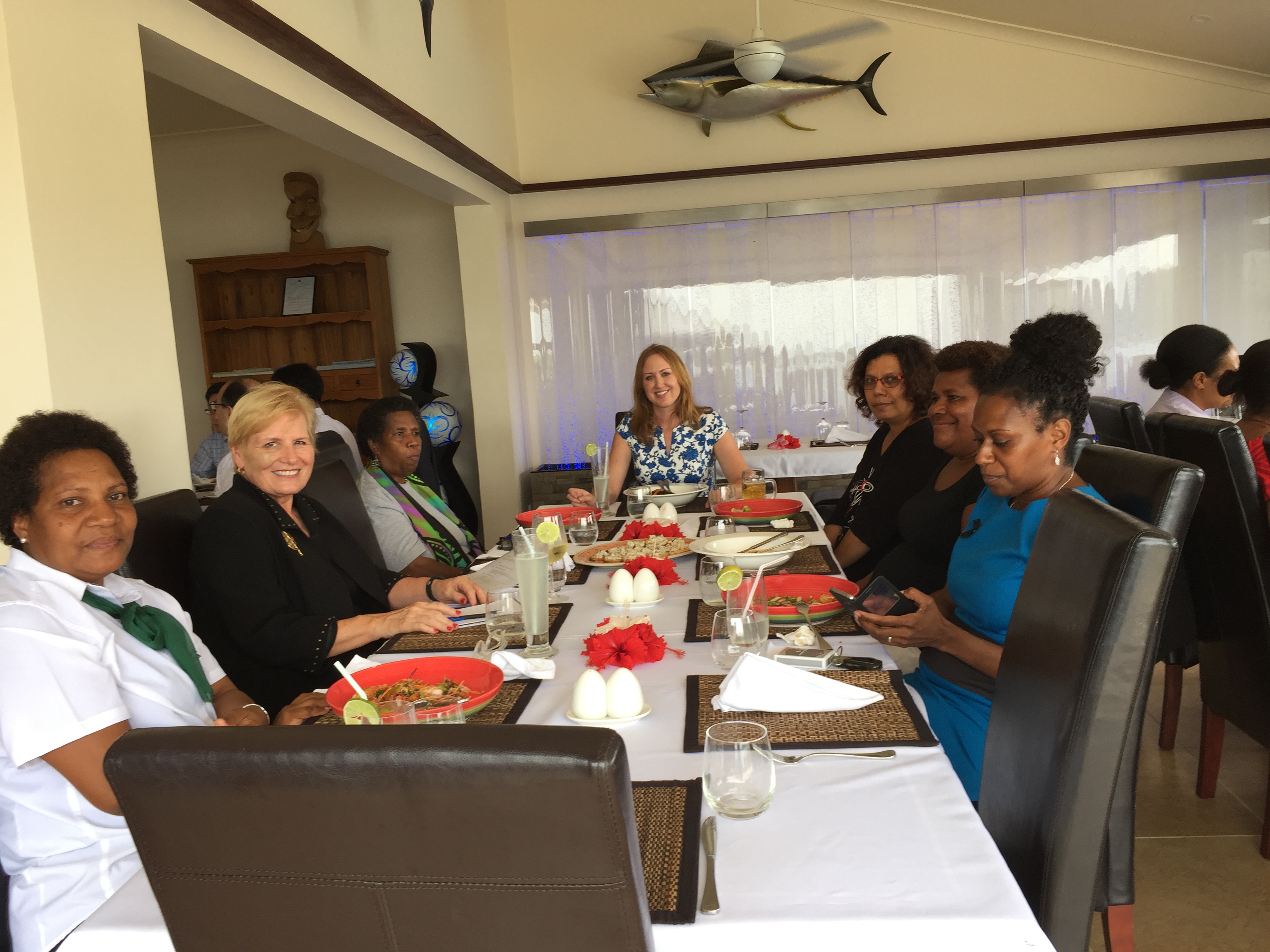 As the US Ambassador to PNG, Vanuatu and Solomon Islands, what are your main duties and responsibilities?

Of course I am responsible for representing the American President and our Government in all three nations, but I am also responsible for bridging and strengthening that relationship of goodwill between Americans and people of Vanuatu.

As a major donor to the United Nations, Asian Development Bank, and World Bank I also remain apprised of their priorities and work in Vanuatu on behalf of the United States.  Finally, my team and I stay focused on your security by providing training opportunities such as the Koa Moana task force that visited last year, on environmental issues by supporting the government’s national advisory board on climate change and disaster risk reduction, on health and education through Peace Corps programs, and on ways to include more women in Vanuatu’s economy and government through speaker’s series and educational and cultural exchange programs.

What characteristics and skills does it take to serve this position?

It is important to genuinely enjoy meeting people across Vanuatu and learn about their communities, issues and plans; to be wise in promoting the bilateral and multilateral relationship, and to be energetic and enthusiastic in order to support areas of mutual interest such as increased tourism, an inclusive and transparent business culture, addressing violence in homes and communities, and empowering women in Vanuatu. 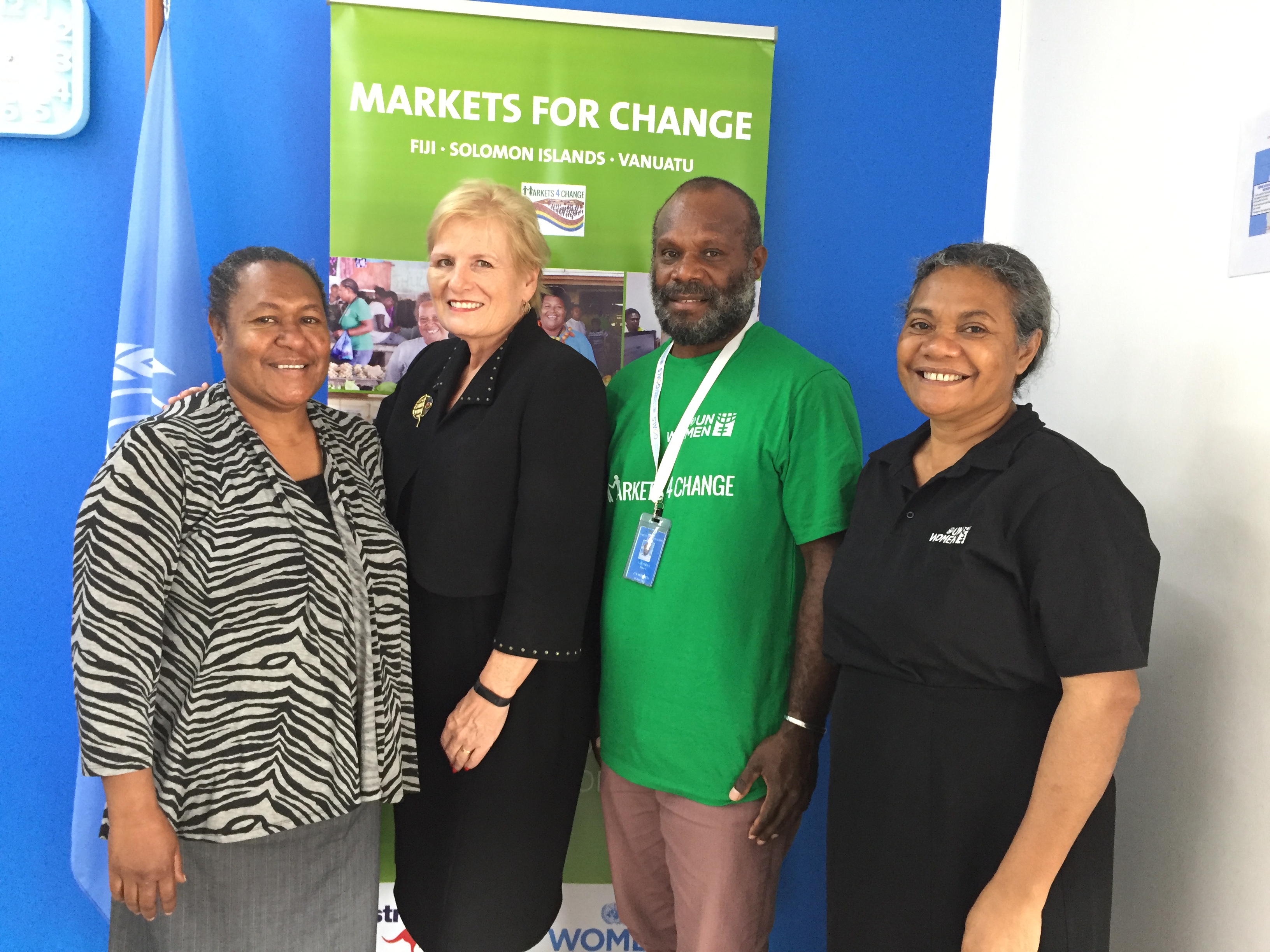 Has anyone questioned your leadership because you are a woman?

Honestly, not that I am aware of.  I worked hard to earn my position, as many men do, and  I continually educated and challenged myself throughout my career.  I was blessed with strong immediate and extended family support which provided emotional as well as physical support and gave me a foundation of confidence.

I am from a fairly large Midwest US family of six children, of modest means.  To this day my family supports me through visits to my Foreign Service posts and by covering the needs of my 90-year-old parents.  As a foundation,  in my youth I stayed active in Girl Scouts/Guides from age eight to eighteen which gave me organizational and leadership skills, and I started working at age twelve with an early morning newspaper route and nighttime babysitting to save enough money to start college without family support.  Resilience is important, which in my case was developed early, as it is in many people in Vanuatu.

I have now been in the diplomatic Corps 30 years, and as my diplomatic career progressed, it also helped that the US Government, as well as Secretaries of State Hillary Clinton and John Kerry, recognized the value of qualified, experienced, and educated women.  They actively sought to fill leadership positions with qualified women in leadership roles.  I was a fortunate beneficiary of their quest. 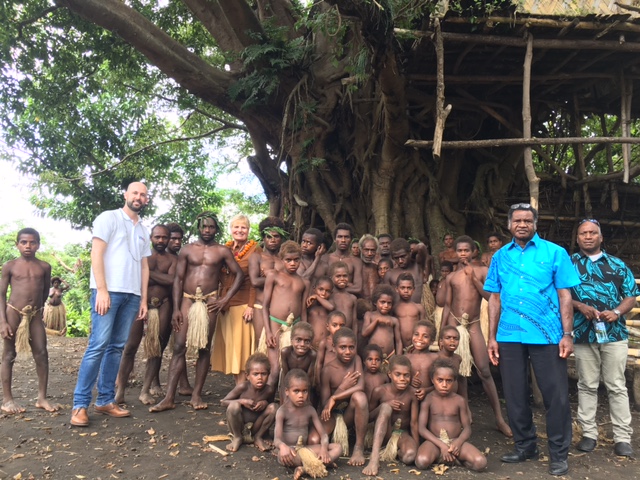 You have served half your career in the Pacific. What are the barriers to achieving gender equality, particularly in leadership, and how can we overcome them?

I think it starts with recognizing the gifts of women and educating both men and women on their contributions.  In this age it’s valuable to accelerate opportunities for women and girls starting at a young age, and to recognize and overcome cultural tendencies which favor men.  As women gain stature they must also mentor, coach, and visibly support other women into positions of leadership as so many other countries have done.  This is sometimes best developed through teamwork and advocacy programs.

As Hillary Clinton famously said, “Women are the largest untapped reservoir of talent in the world.”   That is true in Vanuatu business – where women are clearly valued, and in governance as well. With increased female participation the potential for raising the GDP of Vanuatu through increased female involvement, and the potential for addressing social issues such as violence, health care and education are great. I sincerely hope the political parties of Vanuatu embrace the gifts of women before the 2020 elections and the results show what a progressive nation this is! 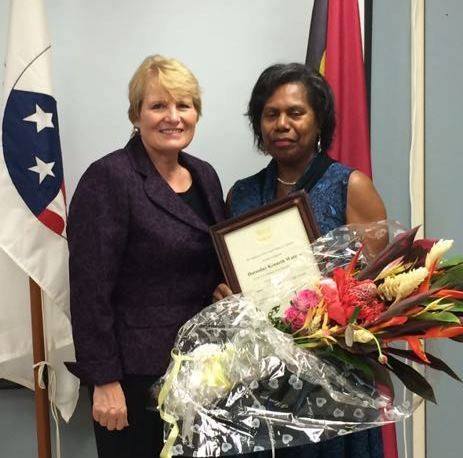 US Ambassador Ebert-Gray with Women of Courage recipient Director of Department of Women’s Affairs, Dorosday Kenneth

Recently the Prime Minister of NZ has announced she will be expecting her first child. As a a mother of two children, what advice would you give her?

This is such a joyous occasion I would start by reinforcing her decision to take a bit of time off to cherish family bonding.  I would  reassure her that she will handle her professional responsibilities well.  Then I would encourage her to focus on establishing good habits for taking care of herself, loving her child and husband, and making sure someone establishes good study habits once her children start school.

Then I would tell her to get back in touch with me when they reach their teenage years and I will share more guidance then!  In short, though, many men and women have successfully managed careers and families so I am certain she will flourish.  Lots of love, family support  and prayer will take care of the rest.

Nominate an amazing woman you know from Vanuatu, Solomon Islands or PNG for the Women of Courage award here. 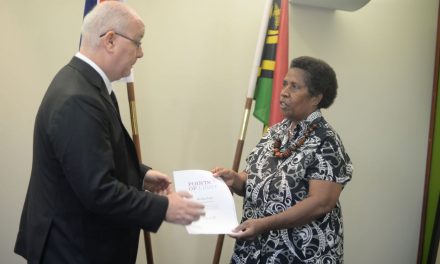 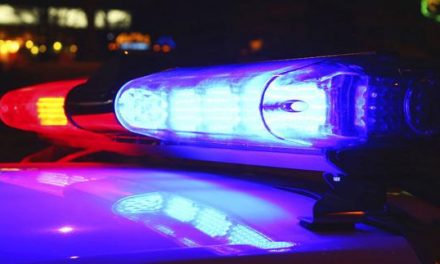