Women are to blame for the absence of women in parliament

Merilyn Temakon, an accomplished legal mind that has contributed not only to establishing labour mobility in the country and intellectual property law, but has also been a long standing advocate of women in politics says women are responsible for the absence of women in Parliament.

As the elections for the country’s 13th legislature approaches she raises the concerns of the Ni- Vanuatu Women’s Business and Human Rights Defenders Hub as its representative.

A history of the work

According to Mrs. Temakon, the Vanuatu National Council of Women (VNCW) was established in May of 1980.

Even before the country was independent women understood that the role they played in Vanuatu’s communities and families was special, Ms Temakon stated.

Her journey of advocating for women in politics began in 1994 when she served as the President of the VNCW up until 1996.

At the national congress of women in Ambaebulu in 1994, a resolution was made by the women in attendance that half of the Members of Parliament have to be women and this was mandated to Temakon as she was elected the President of VNCW.

“In 1995 the women gathered and tried to put candidates in the national elections and we had visited every political party in town to ask that they put women up to stand in the elections. No party wanted to do that,” Temakon said.

The Vanuatu Women in Politics (VANWIP) was established after that and six women stood in the 1995 election. None won.

She stated that she was part of the group that set up the Leleon Vanuatu constitutional party during the Oxfam project rollout of involving women in decision-making. She took up the role of interim President from 2018-2019.

“During that time there were reservations already among women to take up positions and not confidence and there was a lot of inviting the position of recognition and power,” Temakon recounted.

The country has laws in place that allow women to take on roles in politics, to allow women to have a seat under the red roof and be the voice of the women.

“The fundamental rights in Article 5 allows this for women as well as the Convention of The Elimination of Discrimination Against Women (CEDAW) that the country ratified without resolution,” Temakon said.

CEDAW is a comprehensive law on the protection of the women of Vanuatu against all forms of discrimination.

“Despite these laws being in place, these communities and efforts made to give women a voice in parliament women are still missing in action and that resolution from 1994 is no where near achievement.”

“Women have been living under a fallacy that they cannot stand in front of men and this fallacy is backed by custom that is distorted,” Temakon said.

Men have advantages over women physically and with this lie in place women back away from parliament.

It is all a lie that has led women to be conditioned and a status quo to be established when women are perfectly able to lead.

Mrs. Temakon makes illustration to the full confidence that everyone has in the food prepared by women when they sit down to eat, there is no doubt in anyone’s mind that the food will nourish and satisfy when it is put into their bodies but when it comes to leadership, there is little to no confidence in a woman’s ability which is linked to the regressive belief that a woman’s place is in the kitchen.

According to the 2020 census 148,422 women make up the population of Vanuatu whereas there are 151,957. The number of women being a fairly large population and with all the laws in place to allow women to enter the red roof, there is no reason for the lack of representation of women in parliament reasoned Merilyn.

“We have all the tools but it is our own fault we do not have a place in parliament. It is time for women to self reflect and think what have we been doing this whole time,” Temakon said.

The qualities of a standing woman

Temakon stated that the continuous misguided decisions of the parliament and affairs of the government and the instability of the Government has come to this dissolution and there has been a big change in the role of leaders, now expecting to be served rather than to serve the people who entrust them to lead.

“Maybe if we choose women to lead, there will be less corruption because women are born nurturers, they are wired to be cautious at all time to think about everyone in decision making,” she said.

She stated that a women who stand need to be open minded, vocal, aware of the law because in parliament they will be charged with making legislature, what the impacts of these laws will be, they must be willing to serve the constituencies, be of good health and be confident to speak as the voice of women.

Temakon noted there are women contesting the upcoming election, and it is time to vote women’s voices into parliament. “Vote women for women,” she said. 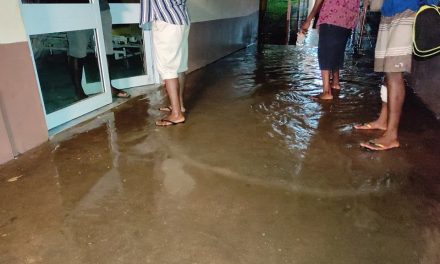