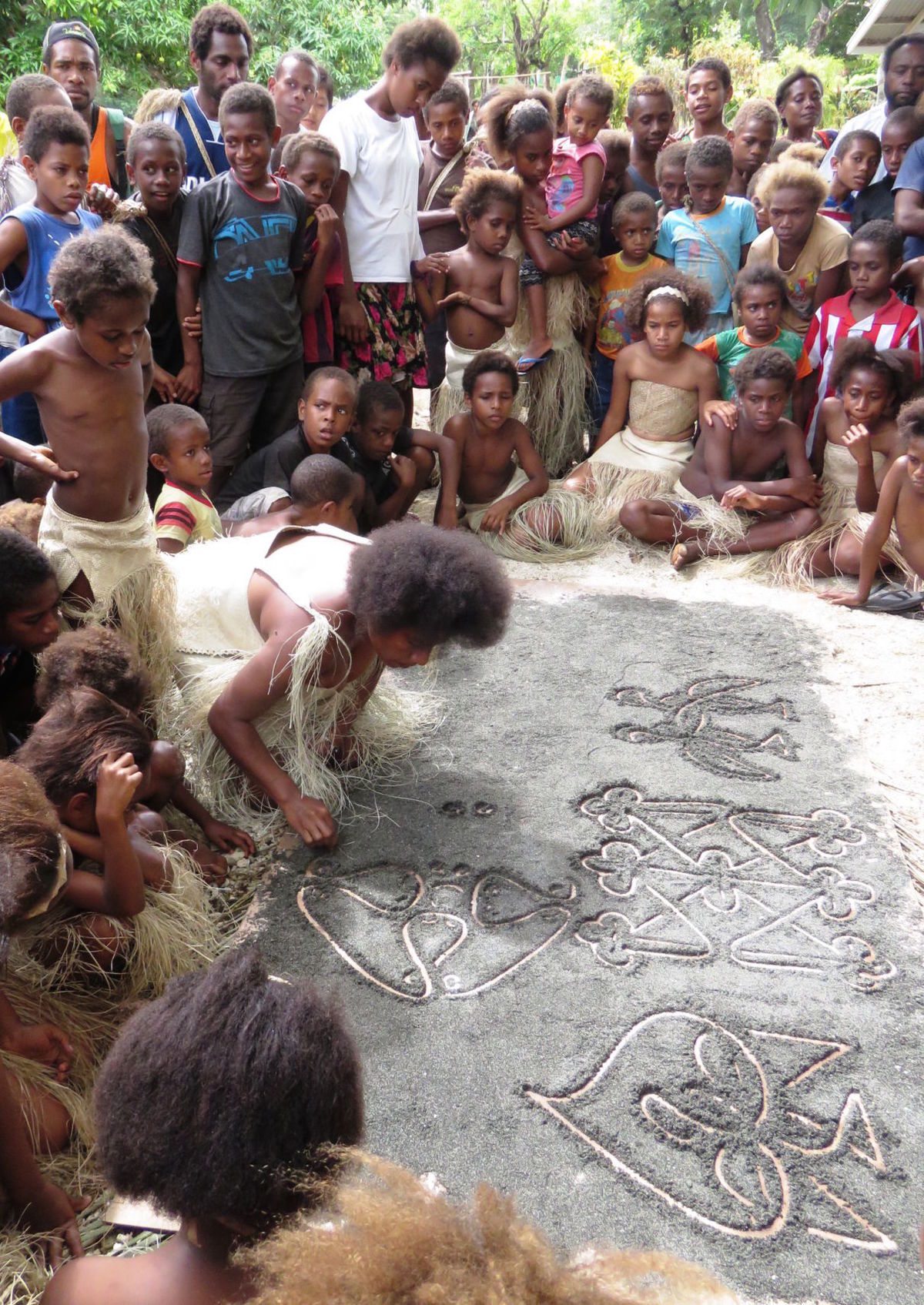 The Maewo Women’s Cultural and Arts Festival attracted over 300 attendees, including a team of US explorers studying women’s roles and titles in Vanuatu.

Held on August 26 and 27,2016 in Kerembei village on west central Maewo, the successful festival was organized and run by local women, and celebrated traditional island culture and the key role of women “ngwotaris” (or notari — custom women leaders) in village life.

To become a ngwotari, women must go through a process to learn and know their island history, way of life, tribes, weaving of mats with special and different designs and messages, traditional cooking, arts and drawings, traditional signs and rituals, preparation for custom wedding and death ceremonies, relevant magic, and traditional healing using herbs and plants, among many other items.

Most importantly, the ngwotari must learn the custom values of the island. The stars of the show at the Festival were the older women ngwotaris who passed on traditional knowledge to the younger generation of future women leaders. They sang beautiful traditional songs and chants as they gathered, husked and grated coconuts, started fires to heat basalt stones, watched the rising smoke, cut island cabbage, scraped laplap, prepared bananas, and cooked island foods using traditional methods. Every task had its own separate song, which thirty women sang during each group effort. All participants dressed completely in traditional island attire, mostly made of woven pandanus leaves.

The women demonstrated the famous and rare “water music,” by standing in the sea in a line, then cupping their hands and making a deep bubbling and splashing sound under the water. They presented and explained the complex pandanus patterns in their clothes, and offered intricate baskets, sashes and dresses for sale to visitors. One expert lady demonstrated the difficult art of sand drawing, and created six impressive works of art in just ten minutes. Village girls showed off traditional skills by playing games, including bird calling, naming the stars, and counting stones to learn math, while hopping on one leg. Two games involved guessing the identity of other girls, once with the eyes closed and feeling the face of the subject, and once – incredibly – while just being touched on the back by another girl.

Three island Rasas (the second highest ranking chiefs of the island) and other men contributed to the Festival by leading the opening and closing parade, demonstrating their prowess with bows and arrows, performing dramatic custom dances, and chanting traditional songs. The Festival was observed and documented by an expedition team from The Explorers Club, based in New York City. Dr. Lew Toulmin, the expedition co-leader, said that, “Our Club was founded in 1904, has chapters all over the world, and is focused on exploring and preserving our planet and its species and cultures. We are here in Maewo to study the role of women, especially women leaders, in Vanuatu society, and to see if the term ‘female chiefs’ is appropriate anywhere here.” READ MORE 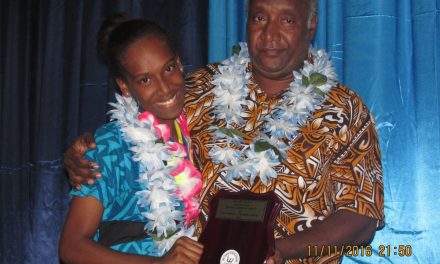