The man that fatally stabbed a woman in March this year at Tassiriki area has been sentenced to serve 18 years in prison.

Ernest Joseph pleaded guilty to one charge of premeditated intentional homicide. Joseph had accepted the summary of facts and was accordingly convicted on his own plea and the admitted facts.

The Supreme Court heard that on March 13, 2021 at around 1.30pm in Port Vila, Mr Joseph planned and intentionally stabbed the deceased, 54-year-old May Stalin Wotlenaq with a small knife, which resulted in her death.

Facts presented before the Supreme Court were that the defendant and the deceased had had an extra-marital relationship since 2010.

Before the incident happened, the deceased had not answered Joseph’s calls for a couple of days.

Then on March 13 Joseph went looking for late Wotlenaq at her relatives’ house at Erakor then later went to town to look for her.

That same day the deceased texted him and they arranged to meet in town then walked up to Independence Park then down a gravel road when exiting the road going towards the University of the South Pacific.

On their way towards the Tassiriki area, they argued as Joseph thought that she was having a relationship with another man.

It was then that Joseph took a knife from his bag and stabbed the deceased twice in the chest.

She managed to get away from him, running further down the road.

Late Ms Stalin approached a security guard who was guarding a house, calling out for help.

The woman was crying as another unknown man came to help the guard to hold Stalin as they called the police and Pro-Medical.

The security guard asked Ms Stalin what was wrong with her and she replied that her husband had stabbed her with a small knife.

Those were her last words before she died.

Police arrived first before the Pro- Medical who confirmed that Ms Stalin was dead.

The attacker went back up the gravel road to the main road where he stopped a bus to take him to Erakor.

On his way he stopped at a relative of the deceased and showed her the knife and said he had killed her.

He had other items belonging to the deceased, including a mobile phone that he had bought for her.

The autopsy performed on Ms Stalin’s body confirmed that she died as a result of excessive blood loss due to the stab wound on her chest.

Joseph made a full admission to the police the next day.

The Court made it known that the maximum sentence for such criminal acts was life imprisonment. While there were no mitigating aspects to the offending, the Supreme Court found the aggravating aspects to be the unprovoked nature of attack, the use of a weapon against an unarmed female, the blows struck to the chest, the defendant targeting a vulnerable part of the body which can have life threatening consequences, which it did, as well as the open admission by Joseph to the killing of an intimate partner, which was a breach of trust.

The starting point for sentencing was 25 years but the Court took into consideration the early guilty plea and no previous conviction. The end sentence was 18 years imprisonment. 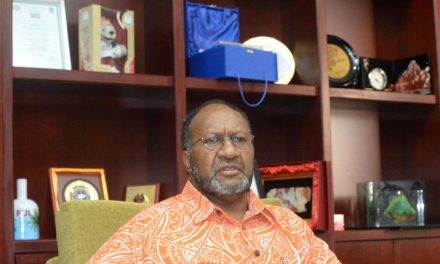 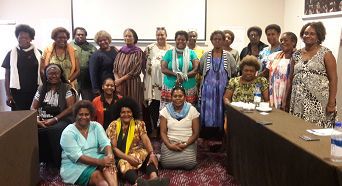