Justice Trief’s swearing in as a judge brings the total number of judges on the Supreme Court bench to seven.

Her appointment was made by President Obed Moses Tallis, in front of Chief Justice (CJ) Vincent Lunabek and other judges, including the Court of Appeal judges.

The Chief Justice also made the appointment of Magistrate Setariki Waqainitoga yesterday.

Chief Justice Lunabek said the appointment of Justice Trief as a female judge for the people of Vanuatu is a historical milestone.

CJ Lunabek agreed with the President of Israel’s Supreme Court when he described a judge’s life in the modern era as a burden not always easy to bear.

“Judging is not an attempt to please anyone, but a firm insistence on values and principles; not surrender to or compromise with interest groups but are insistence of upholding the law,” he said.

“Not making decisions according to temporary whims but progressing consistently on the basis of deeply held beliefs and fundamental values. There should be no wall between the judge and the society in which the judge operates.

“The judge is part of the people”.

The Chief Justice said that the faith of the community is the sole source of judge’s ongoing relevance, authority and legitimacy.

It will be lost without confidence in the dispensation of justice.

CJ Lunabek said that when referring to the quality of justice, the early Greek philosopher Plato saw justice as the power that makes it possible for people to grow in society and that preserves them for as long as it remains there.

Aristotle believed that just decisions stem from a strong ethical foundation and practical wisdom and sound judgment which sets the best judges apart is impossible, he wrote without moral virtue.

CJ Lunabek said the Chief Justice of High Curt of Australia, Sir Gerard Brennan has published widely on the value of a judge in a society

“No conscience other that the judge’s own can be guide. No pen but the judges can write the reasons for the decision of sketch the summing up. No expression of satisfaction can satisfy the judge unless the judge’s own standards be satisfied”.

He also identified four defining characteristics of lawyers and judges. These are: legal competence of high order, a willingness to serve the community, professional commitment going well beyond the call of duty and personal integrity.

CJ Lunabek said this is why in most democracies and especially in our young developing democracy, judges are called upon to show uncommon fortitude in discharging their functions and responsibility.

The head of all judges in Vanuatu said that he met Justice Trief at the end of 90’s when she was attached with the Supreme Court at the then destroyed Supreme Court house. She was a student then and has since changed in character and fundamentals.

CJ Lunabek stressed that her graduation from Victoria University of Wellington, New Zealand with Bachelor of laws with honors was an early indicator that she was a top talent of uncommon ability.

Since then Justice Trief has turned her early promises into excellent professional career working at the State Law office for more than 15 years and was appointed the Solicitor General at one time.

She was also the program Coordinator of ‘Stretem Rod blong Jastis mo Sefti’, the Vanuatu Australian Policing and Justice Program until recently and she was the Secretary of the Law Council and Disciplinary Committee until last Friday.

He said Justice Trief long list of academic achievements in practice will help her meet the intellectual challenges of her office, but it is her personal integrity and strength of characters by which she will hold fast the high ideals and ethical demands of contemporary judicial life and service.

CJ Lunabek then turned to Magistrate Waqainitoga and said he was a teacher for five years and completed his Bachelor of Laws.

He was a compliance officer at the Vanuatu National Provident Fund and advisor to the Ministry of Justice before his appointment to the post.

“I am confident that his list of achievements will help him meet the intellectual challenges of his office but I think it is his personal integrity and strength of character by which he will hold the high ideals and ethical demand of contemporary judicial life and service in the Magistrates’ Court of the Republic,” he said.

“Once more I warmly congratulate you Justice Viran Molisa Trief and Magistrate Setariki Waqainitoga, and those who love you and support you both on reaching this milestone in your respective professional career and wish both of you every future success”.

The appointment was witnessed by the Justice Minister Don Ken, Leader of Opposition who was a former legal practitioner in high offices, and all members of legal profession in the government and private legal firms in the country. 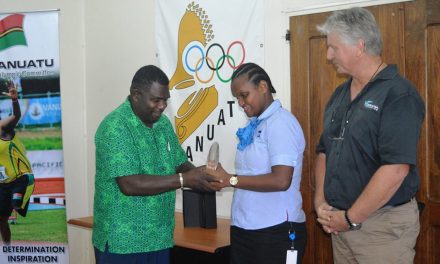 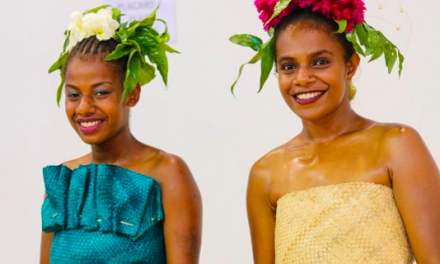 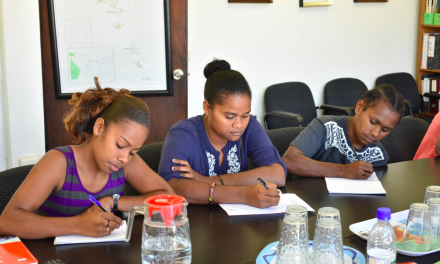 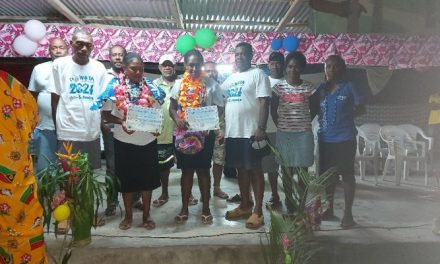