A 37-year-old from Malekula has been convicted of multiple sexual offences against a woman from April to June last year.

Jean Robert Litenmal and the 36-year-old woman were both tenants in a building at Freswota 4 area when he was accused of abusing her.

He performed these sexual acts on her mostly in the bathroom when everyone in the yard were out. They shared the same toilet and bathroom.

According to the verdict of August 17, 2022, the victim stated in re-examination that she did not tell her husband because she was scared he would beat her. She told her husband that she was touched inappropriately, but he did not do anything because the accused was his friend.

It was when he took photos of her showering in the bathroom that he and she went to see the landowner who told them report to the police.

udge Viran Molisa Trief of the Supreme Court rejected Litenmal’s evidence that all his actions towards the victim were consented to.

Litenmal was convicted as charged.

The Prosecution has proven that he is guilty beyond reasonable doubt. 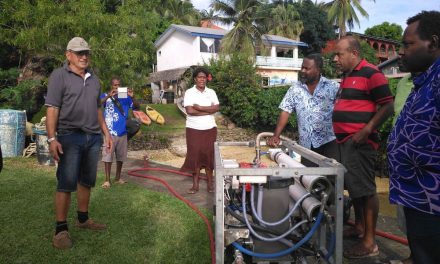