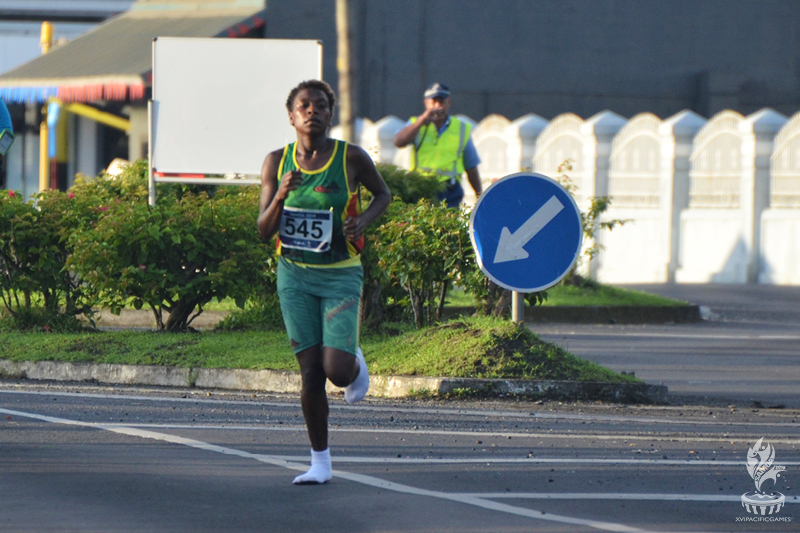 Vanuatu’s Margaret Kuras made half marathon history at the Samoa 2019 XVI Pacific Games on Saturday as she won gold after running the 21-kilometre distance wearing only socks.

The shoeless champion proved the old adage that ‘you can take the girl out of the island, but you can’t take the island out of the girl’ as she secured victory in 1 hour, 29 minutes and 55 seconds at Apia waterfront, 15 seconds ahead of her nearest competitor, who was wearing shoes.

Kuras who hails from the volcanic island of Tanna, was discovered at Vanuatu’s National Games where she ran in bare feet, a sight not uncommon in the islands, and finished first in all long distance categories.

“Yes, I won it with only socks on,” 20-year-old Kuras told the Pacific Games News Service. “Wearing socks is a personal decision that I made because I had never run with shoes on before, so I didn’t feel comfortable running in shoes at these Games. When I tried the shoes on, my feet felt too heavy and I didn’t like it.”

In touching scenes as Kuras approached the finish line her brother Sam Kuras, who was simultaneously running in the men’s half marathon, saw that his sister was slowing down, slowed down himself, and ran alongside her, encouraging her to keep going.

“My brother slowed down, ran beside me and was supporting me as I was running the final metres towards the finish line,” Kuras revealed. “He was telling me to not give up, that I was almost there and to just keep pushing and keep my stride going, one step at a time.

“He gave me courage and confidence to finish strong for that gold medal and I am very thankful for his support.”

As she fondly recalled her winning moment, Kuras also offered words of encouragement for young people in the Pacific who enjoy long distance running but fear competing in higher level events because of their discomfort about using standard running gear.

“I was nervous to run without shoes on, because I could see everyone else with shoes on, but I knew that wearing shoes was not an option for me if I wanted to win, so I chose to run with socks on instead. I know there are a lot of young people back home who have never run with shoes on, just like me.

“So I would like to encourage them not to be afraid to expose their talents so they can have the same opportunities that I was given,” she told the Pacific Games News Service.

Kuras’ gold in the women’s half marathon was her second medal of the Games, after also securing silver in the women’s 10,000m at Apia Park Stadium on Thursday.

Kuras’ coach Itomy Ryosuke, a Japanese volunteer based in Vanuatu, said the shoeless young runner was not satisfied with her silver in the 10,000m, and that result had left her determined to win gold in the half marathon.

He revealed her race plan for the half marathon was to run the first 15km as “just warming up, just enjoying it.” The remaining 6km would involve a “decisive spurt”. In the end, she opted to pick up the pace from the 13km mark. “It was a wise decision,” he said, adding that he was “really, really happy” with her gold. 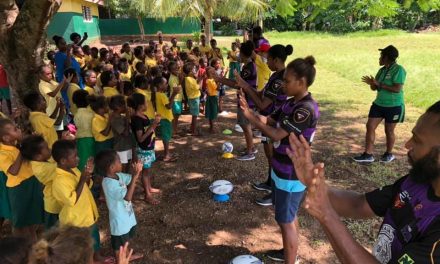 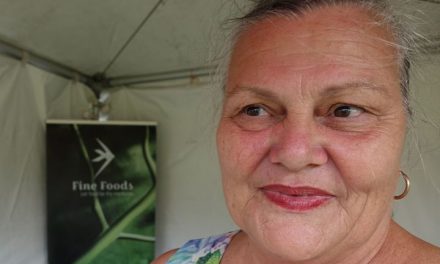 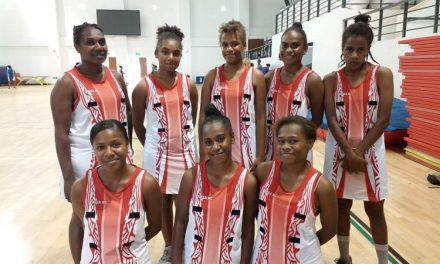