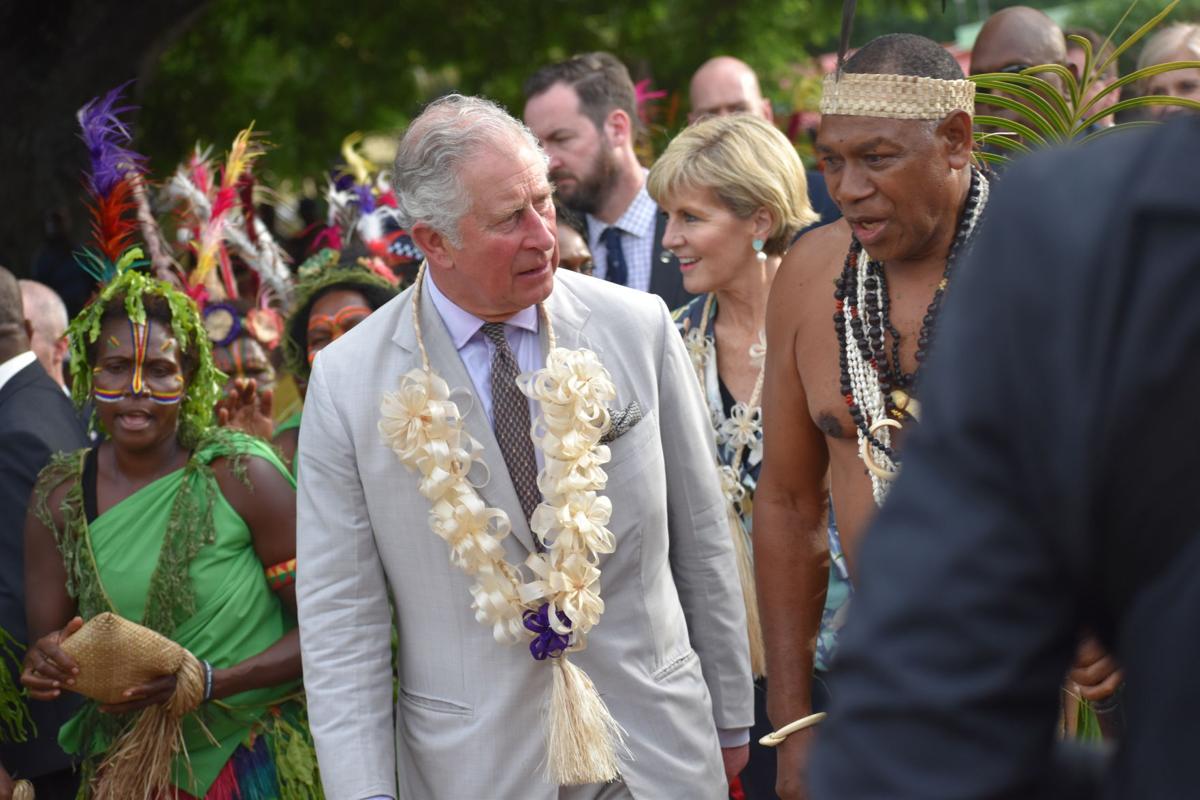 The visit of HRH the Prince of Wales was an historic day for Vanuatu and a truly memorable day for the thousands of ni-Vanuatu and Port Vila residents who packed the front of Bauerfield Airport International Terminal, lined the streets and venues of the visit on Saturday, April 7.

It can be said that it was a successful day for organizers including the Malvatumauri national council chiefs in terms of cultural and traditional protocol at all four venues of the visit. The arrival at the airport, where Penama chiefs featured prominently; the Presidential Office, where chief of Malampa played their part; the Vila Central Hospital, where the chiefs of Shefa were given responsibility and the Chiefs Nakamal where Malvatumauri headed by the President, Chief Seni Mao Tirsupe, had responsibility with the support of the chiefs of other Provinces.

However, it can also be said that it was not a total success in terms of traditional protocol and the unity of the traditional leaders. This is because the chiefs of certain areas and islands of Shefa Province stayed away from the whole occasion. They were disappointed that the whole program was biased towards some provinces and did not include their decisions and plans for their participation.

One day after the visit, one of the Maau title holders of the paramount chief of Ifira, Teriki Paunimanu Mantoi Kalsakau III, Maau’fatu Joshua Tafura Kalsakau, expressed his outrage at the Government and Malvatumauri for not inviting the paramount chief of Ifira, the landowners of Port Vila city, to be part of the program of the visit of Prince Charles.

Kalsakau, who is also Member of Parliament for Efate posted on the Vanuatu Daily Post Facebook Page expressing his anger that the organizers did not have the courtesy and the respect to invite the paramount chief of Ifira and his people as indigenous landowners of Port Vila.

He called the blunder a ‘huge state disgrace’ and suggested that the Prime Minister and the President of Malvatumauri step down for not inviting the Chief of Ifira whose ‘nasara’ was hosting the royal visit.

On Wednesday last week representatives of the chiefs of Shefa Province – Efate and offshore islands, Shepherds and Epi, decided that the chiefs and their people will not participate in the program set by Malvatumauri for the visit to Vanuatu by Prince Charles, the Prince of Wales, on April 7.

The decision was announced by Chief Henry Manlaewia — President of Vaturisu Council of Chief of Efate and Offshore Islands, Chief Jimmy Meameadola – Secretary of Vaturisu, Chief Simeon Poilapa – member of the Executive of Vaturisu along with Chief Manlaewia and Chief Meameadola and also Chairman of Fatkorpau council of chiefs of South Efate taking in the villages of Eratap, Erakor, Pango, Ifira and Mele, Chief Rolland Maseiman of Pango village and Chief Kalsaur Kalomtak Pomal on behalf of all the chiefs of Shefa Province.

They expressed their disappointment that when the President of Malvatumauri summoned the chiefs of every province to sit down with him and discuss a program for the visit of Prince Charles, those from Malampa, Sanma, Penama and Torba never turned up on the day designated for their province.

They say that only the chiefs of Tafea and Shefa provinces turned up on the days assigned for them. They say the chiefs of Shefa – Efate and offshore islands, Shepherd Islands and Epi met with the President of Malvatumuri at the Chiefs Nakamal on Monday, March 26.

At that meeting, a resolution was passed in which it was agreed that the Chairman of Fatkorpau council of chiefs of South Efate in which Port Vila in located will lead the welcome party to meet Prince Charles on the tarmac at Bauerfield when he arrived accompanied by 10 warriors from Pango village to perform the traditional welcome challenge to the Prince.

The chiefs of Shefa also agreed that the chiefs of Shefa would be the final group of chiefs to welcome Prince Charles in front of the Chief’s Nakamal and lead him into the traditional chiefs meeting house of Malvatumauri.

From the resolutions it was also agreed at the meeting that the chiefs of Shefa would bestow one of their traditional titles on His Royal Highness the Prince of Wales and this name would be MASOESARAMANU, which means Masoe – Star, Sara – Over, Manu – Thousands of people… Star Over Thousands is the meaning of the tradition title.

The final meeting of the chiefs with the President of Malvatumauri was set for Friday, March 30 to be attended by representations from all the provinces to finalize the program for the visit. And the Shefa chiefs assigned the Chairman of Fatkorpau, Chief Simeon Poilapa, to represent them at the meeting since they had met with the President and provided him copies of the resolutions of their meeting.

“We are disappointed that when the meeting opened and progressed it was clear that all our plans in the resolutions were not included,” Chief Meameadola said.

“This is a matter of custom principle. Prince Charles is on Shefa land. It is only proper and a respect to Shefa chiefs for a chief of Shefa and warriors from Shefa should meet him at the tarmac on arrival.

“If he arrived on Ambrym soil, we would respect Ambrym custom, but he is arriving on Shefa soil,” he added.

“We are disappointed that the chiefs of the other province did not respect the President of Malvatuauri and his call to them for their meetings and on the final day they attended the meeting and have chosen to disrespect us, the chiefs of Shefa by changing the program for the visit and not including their decisions for their part in the visit.”

Chief Meameadola said that for this the chiefs of Shefa – Efate and Offshore island, Shepherd Islands and Epi, have agreed to withdraw from participating in the program for the visit by Prince Charles.

“We will not attend any activity for his visit,” he said.

Secondly, he said they have set a custom fine for Malvatumauri for the disrespect shown to the Shefa chiefs. They are asking Malvatumauri to pay a fine of: three tusked pigs and 30 feathered mats with kava and food included.

“We appeal to the President of Malvatumauri to do the right thing and pay the fine before the visit of the Prince of Wales,” he added.

He said the program for the visit was required from Malvatumauri and not any other chiefly groups. The President of Malvatumauri said the decision to have Penama chiefs look after the traditional welcome for the royal visit at Bauerfield was because they had the traditional drums used for welcoming visitors. But that a chief from Shefa would be on hand at the airport with the official delegation to welcome the Prince.

He added that the final meeting decided to give the chiefs of Shefa province the whole visit of the Prince of Wales to Vila Central Hospital to put on the traditional welcome and everything they could decide.

Chief Tirsupe said the chief of Shefa were also given the main part in front of Chiefs Nakamal, where Prince Charles visited to see the rehabilitation of the meeting house damaged by Cyclone Pam in 2015.

On Saturday, some chiefs of Shefa did stay away from participating in the visit by Prince Charles, but some other Shefa chiefs – particularly from Tongoa and Tongariki in the Shepherds did participate.

Prince Charles made the trip to Vanuatu as a side visit to his Australia visit and see for himself how Vanuatu is recovering with reconstruction funding assistance from Australia from the destructive Category 5 Tropical Cyclone Pam in 2015 when the provinces of Shefa and Tafea bore the brunt of winds. 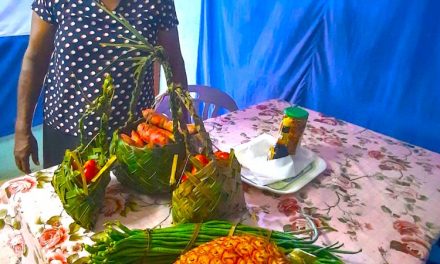 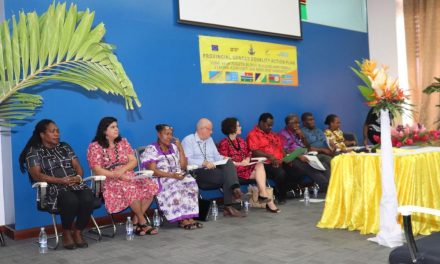 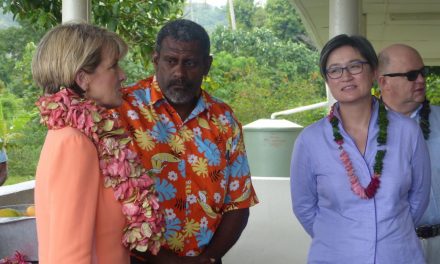