Australian High Commissioner Heidi Bootle has added a smile to the faces of the Mama Market Vendors of both Marobe Market and Port Vila Market, by funding CCTV Cameras to constantly look down at them from the roof 24 hours a day.

The funding was made based on reports of alleged thefts of both earnings and agricultural produce at the market, including sexual abuse in the past.

However the Port Vila Market Manager, Sacha Watt, was praised for catching alleged thieves and returning what they had taken from the vendors.

What the camera installments mean is that such criminal behaviour will be nailed because whoever breaks the law in the market will be caught.

Mrs. Zinner-Toa hopes the surveillance equipment will be treated with respect and care at all times.

Deputy Mayor of PVCC, Jenny Regenvanu, thanked the Australian Government through the High Commission for the valuable assistance as well as UN M4C and all other Partners for the equipment.

The launching coincided with the arrival of the first tourist liner with tourists visiting Port Vila and the country again after two years of lockdown due to COVID-19. In fact, a number of curious tourists stopped by to watch the launching ceremony.

Everyone present agreed that the CCTV Cameras are also important for both local and foreign visitors who call at the Market.

Now if someone forgets his or her bag or wallet or purse on any table, the cameras will capture whoever dares to pick it up.

Mr. Watt was praised for the cleanliness of Port Vila Market.

The ceremony also heard that similar surveillance equipment will be installed at Luganville Market in the Northern Town. 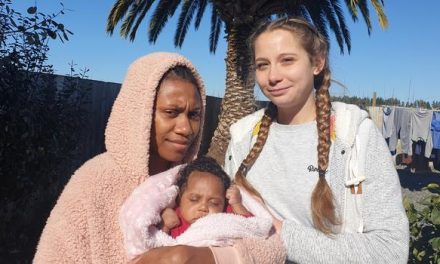 Screenings are the best prevention for Cervical cancer