The global climate financing pledged under the Paris Agreement for developing nations like Vanuatu to access and cope with the consequences of climate change, which is USD 100 billion per year, is too small.

Director General (DG) of Vanuatu’s Ministry of Climate Change (MOCC), Jesse Benjamin, will be highlighting this in his presentation on climate financing to delegates at COP23 today (Monday).

USD 100 billion is equivalent to 100 trillions of vatu and will be shared by all developing countries across the globe.

Vanuatu alone needs a minimum of USD 500 million per year to address mitigation, adaptation and loss and damage, according to the DG.

The strongest cyclone to hit Vanuatu two years ago caused USD 270.9million in damage and an estimated USD 178.5 million loss, he said.

Apart from cyclones, Vanuatu sits on the Pacific Ring of Fire and is being accustomed to being hit by other volcanic related natural disasters.

Cyclones which are becoming severe and frequent as a result of climate change will cause dramatic flooding and erosion to many communities.

How can developing nations access international climate funding to adjust to the negative impacts of climate change as well as reducing emissions is one of the most important topic debated at the COP23 climate change negotiations underway in Germany.

As part of Paris Accord, developed or rich countries that contributed largely to greenhouse gas emissions have promised to take responsibility for their actions by providing funds for less developing countries to adapt to climate impacts and work towards the international target of cutting emissions.

Vanuatu like other Pacific island nations shared concerns of not being able to access the funds due to complex mechanisms set in place.

The government will be seeking recommendations on how to access funding directly and easily, said the DG.

Vanuatu over the past three to five years has approved only approximately USD 200 million for climate change related activities with most spent on adaptation and very little spent on mitigation, according to the DG.

Vanuatu has strong plans of combating climate change and recently, the Council of Ministers (COM) adopted a policy approved for all climate financing be disbursed through the government system.

This is to ensure an effective management of funds as commitment to supporting the UNFCC in tracking financial flows.

Meanwhile, Vanuatu is likely the first Pacific country in partnership with Secretariat of the Pacific Environment Programme (SPREP) to have concluded a funded activity agreement from the Green Climate Fund recently and will commence a USD 26.6 million adaptation project soon, the DG announced. 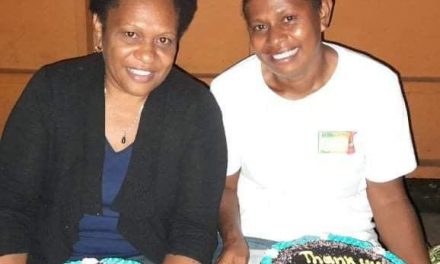