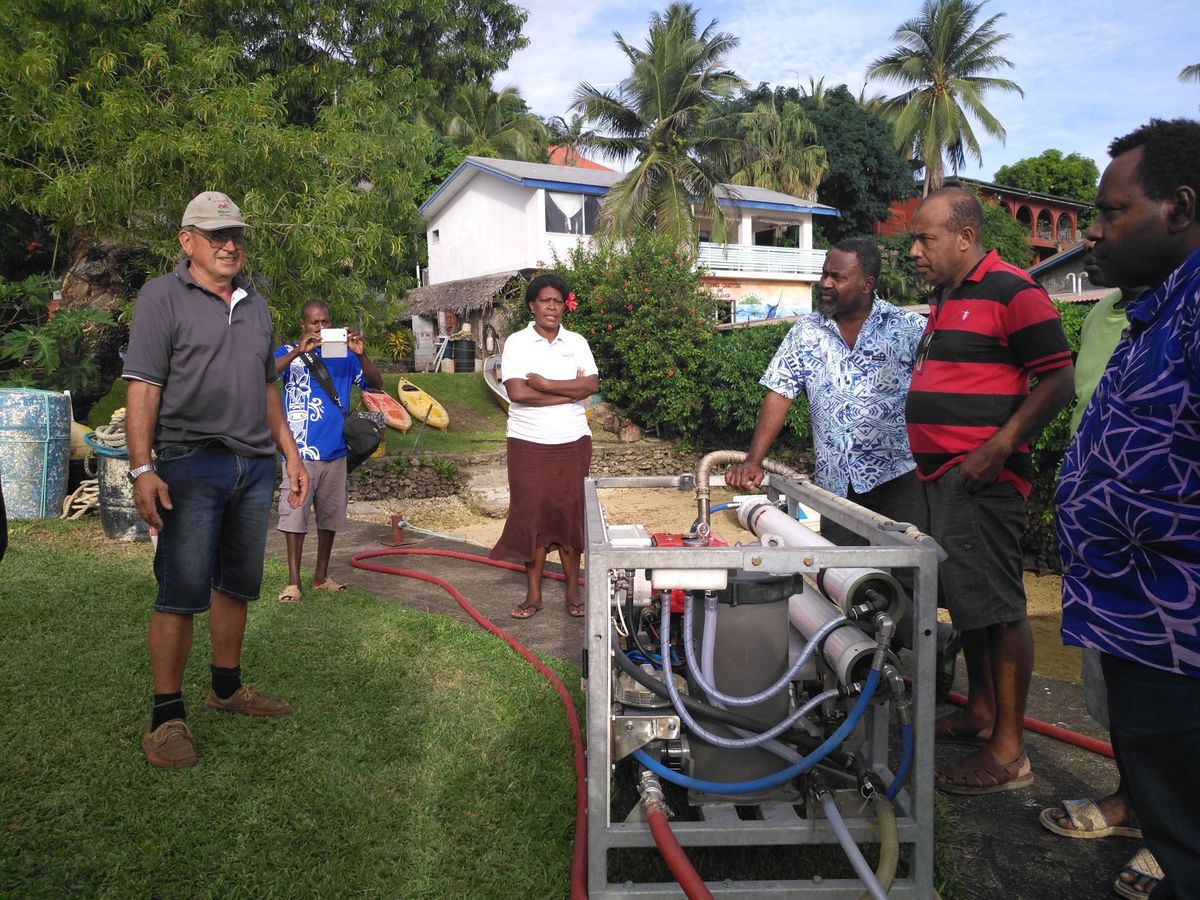 Introducing the DR600 land-based machine which produces freshwater out of saltwater, will cater for remote areas in Vanuatu that do not have access to water.

Retired electrician, Mr Allan Dent from CJD Watermakers in New Zealand invented the DR600 machine after visiting Vanuatu four years ago and saw the severe need for fresh water in the village of Sunai, on Moso Island in North Efate.

“The DR600 was my own invention after considering factors why there is no water in some parts of islands in the country, it is a stand alone machine that runs on diesel and it turns saltwater into freshwater,” he said.

“The project started two years ago and it took me two to three months to build the machine which i brought it over to Vanuatu for demonstration and training of people who are going to use because reading a manual and understanding the instructions is a bit difficult at times.”

Mr Dent made a demonstration yesterday afternoon in the presence of Mr Robson Siro, the second PA to the Minister of Climate Change and other recipients of the machine in the hope that the government of Vanuatu will consider this a positive response to providing water to the remote areas with no water.

“This is a self funded initiative after i visited again last year during the El Nino period, places like Pentecost and Craig Cove in Ambrym are finding it hard to access water so coming with this project- costs around Vt2 million, it’s more convenient as it only uses a litre of diesel to produce 600 litres of freshwater out of saltwater in one hour,” he said.

“People in these areas are not smiling because they do not have water, so this DR600 can cater for up to two hundred people within 3 hours and depends on how much water is used.” READ MORE