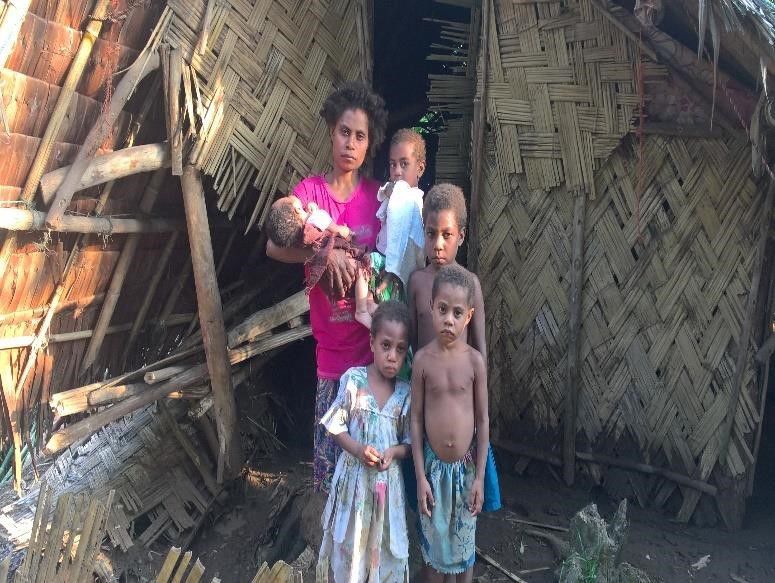 An estimated 452 people in the villages of Wailavoa, Asarabio and Avanvai on south Maewo are at risk of starvation after losing all their food crops to the recent landslide.

All water sources have been buried under the mud and washed away by flood and 80% of the plantations have been damaged.

One of the chiefs at Asanvari said they depend on these plantations to not only feed their villages, but also to provide additional support to the Ambae evacuees residing with them.

According to the assessment report submitted to the National Disaster Management Office (NDMO), Asarabio and Avanvai villages were the most affected.

“Both evacuees and host populations in all affected villages require urgent support for clean drinking water to keep them healthy,” the report stated.

“At Avanvai, a mother of five saved the lives of her children the night of the flooding and landslide. She wrapped her 2-month old baby in a mosquito net to keep the baby save from the mud flooding the house and pulled the baby boy out safely without any injuries.

“Five houses were completely destroyed including a community meeting house. All members of these household are safe, without injuries, but have lost all of their assets and possessions, such as clothing, kitchen utensils, bedding, and all other valued items.

“The village lost about 80% of their plantations, including cash crops such as kava”.

All villages have enough food to last them the next month, however, due to the major loss of staple food crops, they require food assistance to get them through the cyclone season until their re-planted crops can be harvested.

The report recommended the relocation of an estimated 20 to 30 households away from potential landslides and immediate reconstruction of water systems.

Villagers confirmed they have never experienced such flooding or landslides this large before.

They said they have experienced heavy rainfall in past years, but never to the level of the flooding or landslides and extent of damage as happened last week.

South Maewo has been receiving continuous ash fall from the Ambae volcano since September 2017.