Man sentenced to community work for act of indecency

A man has been ordered to do 100 hours community work after he admitted to four counts of act of indecency without consent contrary to section 98 (a) and (b) of the Penal Code Act CAP 135.

James Bong initially entered a not guilty plea to five counts before and just after the commencement of the trial, Bong sought court’s permission to re-arraign where he admitted the offences done to two victims – victim one is his biological daughter from first wife.

The second victim is Bong’s niece.

He admitted four counts and denied one count before the prosecutor withdrew that charge and was acquitted on that.

Justice Oliver Saksak said that the facts are simple as the charges in counts 1, 2, 3 and 4 are laid under section 98 (a) and (b) which states; ‘A person must not commit an act of indecency on, or in the presence of another person:

(a) Without that person’s consent, or…

(b) With that person’s consent of the consent is obtained:

In March and April 2017 on the first occasion Bong touched the victim’s breast while on the second occasion he touched her private part.

He said that on the third occasion he held her hand and forced her to touch his private.

“Later on July 18, you deliberately exposed your penis to the victim (2),” he said.

He said that Bong’s actions were repetitive and deliberate.

Justice Saksak said that the pre-sentence report claimed that Bong appears to trying to shift blames and responsibility for your actions on his daughter for her misbehaviour.

He said that he explained that he was ‘teaching’ her by touching the different parts of her body but clearly his explanation affords him no excuses.

He said that he as a father to the victims acted very inappropriately and went too far on this.

“The actions did not go beyond touching of private parts and exposure,” he said.

“Nevertheless your actions are clearly prohibited by law in that they were done to the girls without their consents.”

The judge said that taking the aggravating features and the facts in totality the sentence will be one of imprisonment and the starting point shall be three years.

Mr Justice Saksak considered the submissions made and accepted that a suspended sentence would be appropriate.

After considering all mitigation factors he reduced the imprisonment sentence to two years.

The man had performed a custom reconciliation to his daughter and her mother by paying fine at Vt20,000, a pig and local food (taro, kumala and banana) that showed remorse on his part.

He then ordered the two year sentence be suspended for two years with condition that Bong needs to carry out 100 hours community work within a timeframe of 12 months. 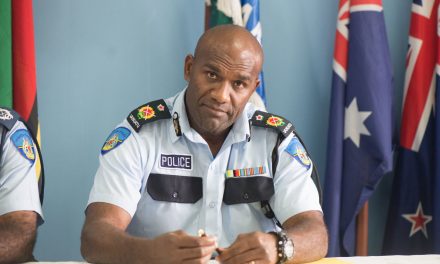 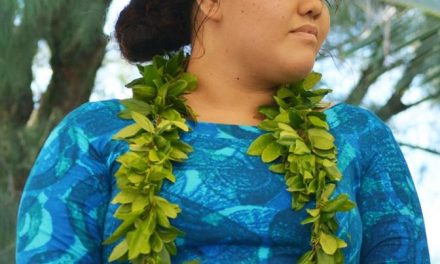