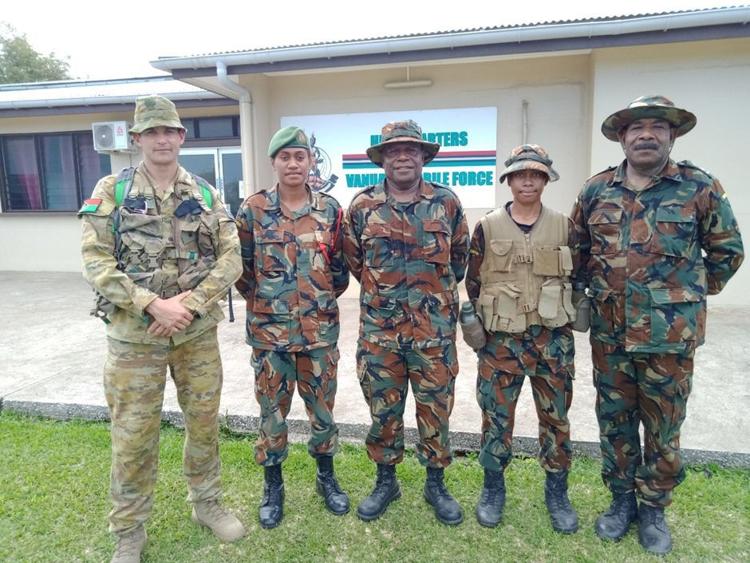 Two young Vanuatu Mobile Force (VMF) officers are undertaking an English preparatory course at the VMF Cooks Barracks in Port Vila to prepare themselves for their training at the Royal Military College (RMC) in Australia.

They are the first female candidates from the Pacific to have been selected for the Army Officer Cadet Training after graduating as new recruits in 2019.

Doriel Alick and Alwin Vira are undertaking their preparatory package online due to the border closure between Vanuatu and Australia.

The Australian Defence Force Cooperation and VMF Advisors are assisting them to complete their courses.

They said in a statement that the course is a great opportunity to build them up as female officers withing the force. They both encourage other female in the same career path to believe in making a difference in the society.

This is not the first time that VMF officers are part of the Army Cadet Training at RMC.

Two other male officers who have been undertaking the training in Australia since 2019 will graduate in June next year.

Acting VMF Commander, Lieutenant Colonel Kalshem Bongran was the first ever Ni-Vanuatu to graduate from RMC in 1993.

The Acting VMF Commander commended the Office of the Police Commissioner, defence advisors, Australian Defence and the government of Australia for providing such training opportunities to train future leaders who will form and develop the future force of the country.