UNITED NATIONS (AP) — U.N. Secretary-General Antonio Guterres warned Thursday that inequality for women is growing and it “should shame us all in the 21st century because it is not only unacceptable, it is stupid.”

The U.N. chief said in a speech at the New School in New York that gender inequality and discrimination against women is the “one overwhelming injustice across the globe — an abuse that is crying out for attention.”

“Everywhere, women are worse off than men, simply because they are women,” he said, and minority, migrant, refugee and disabled women “face even greater barriers.”

Guterres said gender inequality is “a stain,” just like slavery and colonialism were in previous centuries.

He said young women like Malala Yousafzai, the Pakistani schoolgirl who campaigned for girls’ right to education after surviving being shot by Taliban militants, and Nadia Murad, the Nobel peace laureate who survived enslavement and sexual abuse by Islamic State extremists in Iraq, “are breaking barriers and creating new models of leadership.”

But despite these advances, Guterres said, “the state of women’s rights remains dire.”

“Progress has slowed to a standstill — and in some cases, been reversed,” he said. “There is a strong and relentless push back against women’s rights.”

Guterres pointed to violence against women “at epidemic levels,” with more than one in three women experiencing violence in their lifetimes, and legal protections against rape and domestic violence “being diluted or rolled back.”

The secretary-general spoke ahead of the meeting of the U.N. Commission on the Status of Women from March 9-20 which will assess implementation of the declaration and platform for action adopted by the world’s nations at the U.N. women’s conference in Beijing 25 years ago to achieve gender equality.

Guterres said women leaders and female public figures “face harassment, threats and abuse, online and off” and are excluded from “the top table” in government, corporations and peace negotiations.

“From the ridiculing of women as hysterical or hormonal, to the routine judgment of women based on their looks, from the myths and taboos that surround women’s natural bodily functions, to mansplaining and victim-blaming — misogyny is everywhere,” Guterres said.

“And the digital age could make these inequalities even more entrenched,” Guterres warned.

The secretary-general said he sees five areas where achieving gender equality “will transform the world.”

First, he calls for an end to “men waging war on women,” noting that 137 women around the world are killed by a member of their own family every day.

The U.N. is committed to putting women at the center of conflict prevention, peacemaking, peace-building and mediation — and to increase the number of female peacekeepers, he said.

In other areas, Guterres said “macho posturing will not save our planet” but gender equality “is essential if we are to beat the climate emergency.” And he said women still earn just 77 cents for every dollar earned by men and that must be rectified to ensure equal economic rights.

As for the digital divide, Guterres said many algorithms are biased toward men, and “unless women play an equal role in designing digital technologies, progress on women’s rights could be reversed.”

Finally, the secretary-general said political representation must improve, noting that while women’s participation in parliaments around the world has doubled in the last 25 years, it’s only been “to one quarter” of members, and less than one-tenth of the world’s nations are led by women.

“Gender equality is a question of power — power that has been jealously guarded by men for millennia,” Guterres said.

“We must urgently transform and redistribute power, if we are to safeguard our future and our planet,” he said. 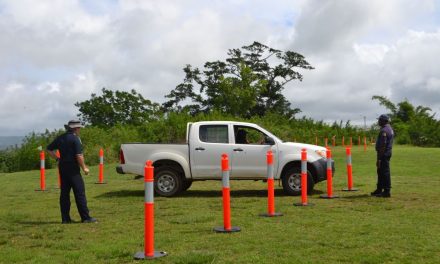