A woman in her late twenties has been remanded after recently allegedly stabbing a man from Mele village to dead with a knife.

Deputy Director of the Criminal Investigation Unit (CID), Donald James, conveyed that the woman allegedly stabbed the deceased on his chest following an argument they had when they were drunk.

The woman was remanded on Sunday afternoon and investigation into the case is ongoing, he said.

CID Deputy Director James wants to remind the public again about the negative consequences of alcohol consumption such as dispute and violence.

Often people consume too much alcohol and regret the consequences of their actions later, he stressed.

Acting Superintendent of Vila Central Hospital (VCH), Tony Harry, confirmed that the body of the deceased is kept at the hospital mortuary pending an autopsy.

The physical examination will determine the cause of his death, he added. 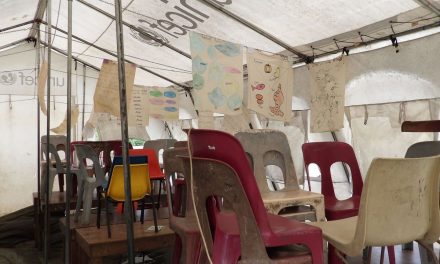 Students getting wet in tent classrooms