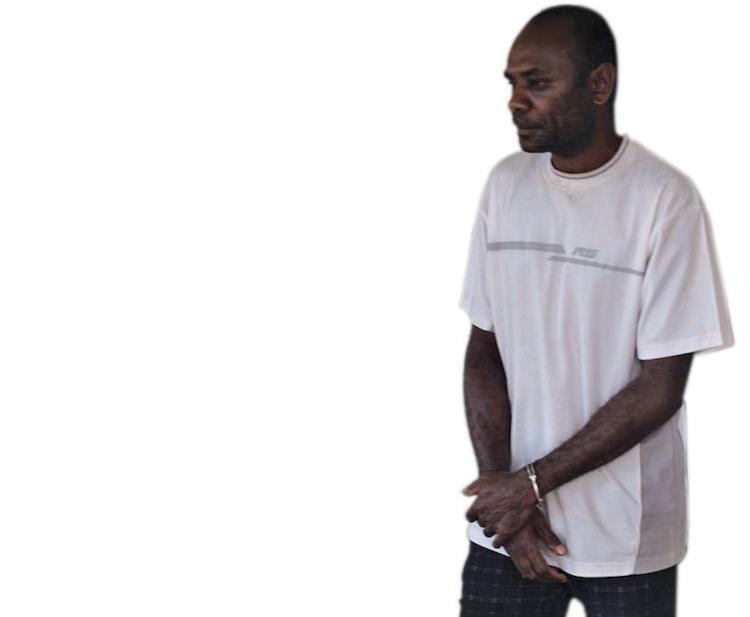 Etienne John Samuel was sentenced to 18 years in prison yesterday for the murder of his cousin, 16-year-old Aicha Maccoe.

He was sentenced to eight years imprisonment but was released on parole on 23 December 2016. Samuel was still on parole when he murdered Maccoe, a Year 10 Montmartre student, after she rejected his sexual advances.

The Court heard that on October 10, 2018, the late Maccoe had arranged to meet Samuel across the road at Sorovanga early in the morning.

From there, they took a bus ride and were dropped off on the road leading up to Teouma Gardena area.

After walking some distance, they left the road and entered an area of bushland by climbing over a few large boulders till they came to a small clearing, where they sat down.

It was well hidden from some houses which were nearby.

Samuel proceeded to ask for sex about three times but she refused him and said she will report the matter to the police. He then picked up a rock and hit on her head and she fell on the ground.

Samuel picked up another five large rocks and hit her until on head until she died.

At around 7.30 at the time he came back to the main road and got a bus to work, told his employer that he was unwell and took an advance pay of VT10,000.

The following day on October 11, 2018 without the knowledge or permission of his probation officer he booked a plane to Malekula as Richard Alick to avoid suspicion.

On October 19, 2018, he was arrested on Malekula by the police and transported back to Vila for remand.

Justice Aru adopted 27-years imprisonment as the starting point and deducted one third reduction on the sentence, leaving the end sentence of 18 years.

He said the sentencing principle is well established and the penalty imposed must fit the crime as punishment for the senseless and selfish ending of a 16-year-old girl’s life for refusal to have sex.

The sentence is also to denounce such conduct and to protect the community and deter Samuel and the public at large from this type of behavior.

Samuel’s actions were aggravated by the following factors: an age disparity of 22 years; a high level of violence; element of planning and a history of sexual offending.

The judge said rocks were used to hit the deceased on her head, and Samuel was motivated to end the victim’s life when she said she will report him to the police as he was still on parole for previous offences.

A claim of extra curia punishment has been ruled out by the court after Samuel sought relief for the court to consider the treatments he sustained, saying he was assaulted by Police and Correctional officers whilst in their custody.

Samuel said an officer punched him and another stood on his head while he was handcuffed.

Another police officer hit him with a baton in his ribs before tying him up by his ankles and was thrown into a truck lying face down and was driven away.

He said that after being transferred to high risk centre in Port Vila, some correctional officers swore, spat and hit him on the back of the head.

But Justice Aru said this is not a mitigation factor in this case because the truth of the statement has not been tested and Samuel himself was trying to evade capture by the authorities.

He said when the news of the dead broke out Samuel boarded the plane and fled to Malekula, despite his parole conditions and situation to avoid detection.

But in his statutory declaration he filed on March 4, 2019 the defendant said when the police approached him in Malekula, he was in a nakamal and tried to escape when he was captured.

Justice Aru said police are entitled to use reasonable force to ensure he does not try again to escape.

The only matter that was taken into consideration for Samuel’s credit is guilty plea at the first available opportunity.

The deceased’s parents and siblings have been extremely emotionally and psychologically affected and are still trying to come to terms with their tragic loss.

Justice Aru stressed that in this Republic, the right to life is a fundamental right of each and every citizen to enjoy and no one is allowed to take another’s life. 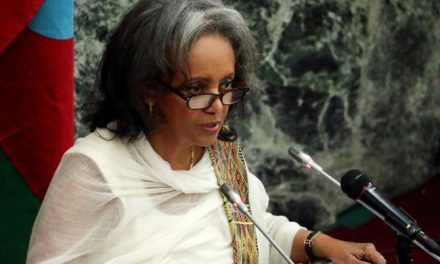 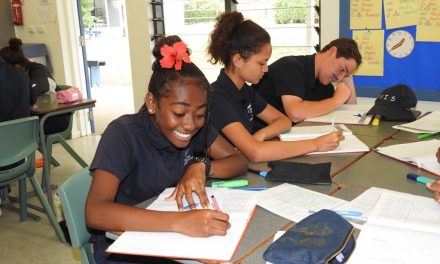