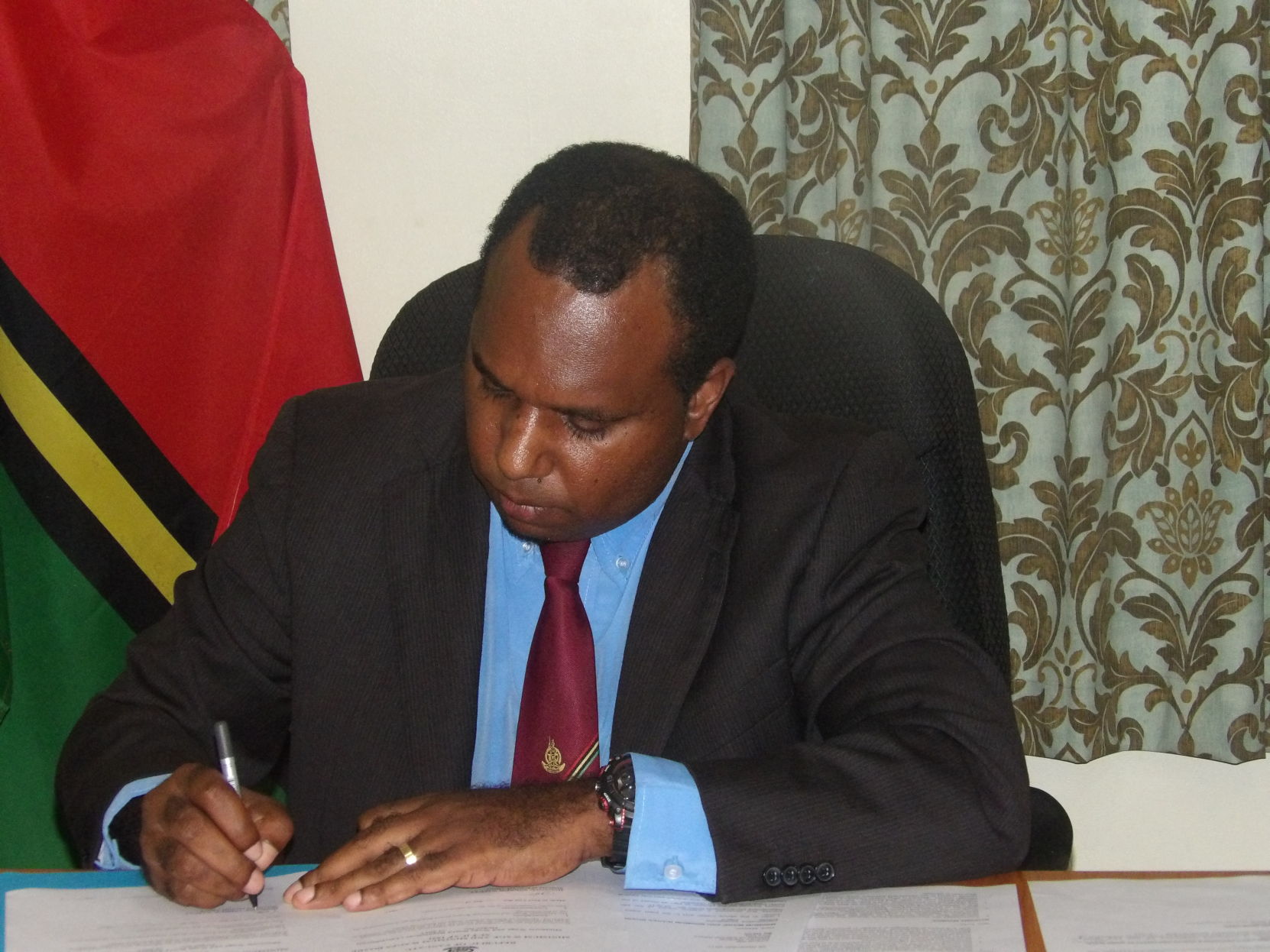 “I am now signing the new Minimum Wage Rate of Vt200 an hour across the board, to be gazetted to come into effect on January 1, 2018.”

The new Minister of Internal Affairs and Labour, Andrew Napuat made the announcement then signed the instrument in his first press conference yesterday after his appointment this week.

This represents around 17% increase from the previous minimum wage rate per hour of Vt170.

While the Minister says Parliament has passed the Appropriation Bill to implement the determination of GRT for all Government public servants to enjoy a salary increase in 2018, he adds, “…along with this, I believe it is important for all workers to enjoy this increase across the board.

“In other words not only public servants are to benefit from this increase but all other ni-Vanuatu in the private sector must enjoy this salary increase based on the new minimum wage rate of Vt200 per hour that I am now signing.”

The Minister calls on his Director General and State Law to make sure that it is gazetted to become effective on January 1.

Mr Napuat says he is acting on instructions from the Charlot Salwai-led Government to treat the call for a new minimum wage rate as a key priority.

Consultations have been done with the Tripartite Labour Advisory Committee (TLAC) that reviewed the minimum wage rate.

“They have presented a proposed rate of Vt185 per hour.

“Based on the powers of the Minister responsible for Labour under CAP 182 Section 3, I now make a determination after consultations with TLAC to increase the minimum wage rate to Vt200 per hour,” he says.

The last review to the minimum wage rate took place in 2012.

The law calls for a review to take place every two years but this has not happened in 2014 and 2016.

“Now as we are about to enter into 2018, as Minister responsible I feel it is only proper that I make the announcement,” the Minister says.

“The cost of living is going up which is creating an imbalance for minimum wage earners who are struggling to make ends meet because the salary that they are paid is not enough to meet their expenses. READ MORE 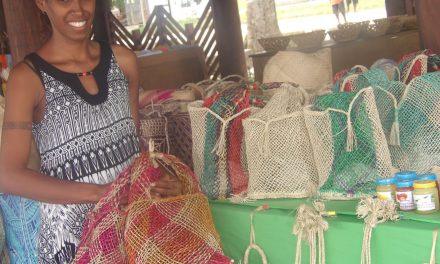