Should Sex Offenders be Granted a Second Chance?

Since New Zealand deported a Vanuatu seasonal worker recently, questions have been raised on whether or not the seasonal employee should be given a second chance.

Vanuatu’s Commissioner of Labour, Murielle Meltenoven, took a firm stand against all sexual offenders joining the programme but also pleaded for the 24-year-old to be awarded a second chance.

“The offence he committed was quite serious however he has served his sentence and according to the national constitution you cannot be judged twice for the same offence, he is a free man,” she explained.

In respect towards Vanuatu’s Constitution, the Labour Commissioner is willing to go the extra-mile in assisting Byron Moli in finding employment overseas.

“He was a convicted person before he has served his sentence, I believe in the justice system of Vanuatu I think for him it was unfair because he was honest, so we will try to find something for him in the Australian programme but for the NZ officials the answer is no.”

The Australian High Commission is currently on holiday and thus unable to answer if Australian officials would be more lenient to the RSE worker in question than NZ.

Consultant of Vanuatu Workers Union, Ephraim Kalsakau, supported the NZ governments decision and said that it should serve as an eye-opener for the country.

“I know that NZ doesn’t muck around. It’s a good wake up call for people who do such heinous crimes and I support with that kind of thinking,” he said. “If this person is being sent back, it’s a good thing for Vanuatu, because people should know sexual violence should not be condoned and it’s on the increase.”

As for second chances, the Union Consultant said that it is up to New Zealand to decide – “The host country judge what kind of person should enter into enter, we should all be forgiven and given second chances but this is out of our jurisdictions.”

Vila Central Hospital (VCH) Psychiatrist, Dr. Jimmy Obed explained that Vanuatu lacks the professional capacity to affect real change in the minds of sexual offenders, for this reason no sex offender is ever truly reformed.

“I think there are programmes that we don’t have in Vanuatu, we do not have clinical psychologist to offer that intervention, for the reason we do not have rehabilitation programmes, yes, unless we offer them proper therapy we would not be seeing a lot of changes.”

Dr. Obed explained that sex offenders need psychotherapy to assist them with their urges, a profession that no local has.

The only qualified Clinical Psychologist in country is an Australian volunteer working in VCH and according to Dr. Obed, cannot work with sex offenders because there isn’t a certified programme in place.

Dr. Obed added that Correctional Services should also look into psychotherapy as an option for its inmates with their rehabilitation.

Attempts to extract a comment and data on sexual re-offenders from the Corrections Department have been unsuccessful.

Should Vanuatu have a Sex Offender Registry?

The purpose of a sex offender registry as explained on the New Zealand Police and the United States Department of Justice website is to keep children safe.

The NZ Police states: “The register is a record of a range of up to date personal information about registered child sex offenders living in the community. It is a tool to help Police and Corrections staff with the monitoring of people who have offended in the past, with the aim of preventing re-offending and keeping children safe.”

The U.S. National Sex Offender Public Website (NSOWP) reads: “NSOPW is the only U.S. government website that links public state, territorial and tribal sex offender registries in one national search site. Parents, employers and other concerned individuals can use the website’s search tool to identify location information on sex offenders living, working and attending school not only in their own neighborhoods but in other nearby states and communities. In addition, the website provides visitors with information about sexual abuse and how to protect themselves and loved ones and minimize the risk of potential victimization.”

When asked if the country needed a sex offender registry, Dr. Obed explained that it would be good to have the registry but also coupled with the means to assist the offenders as well.

“What is the purpose of having that sex registry? It might be a good thing if we had that registry and also provide some help,” he said.

The local psychiatrist proposed that Vanuatu needs to stop treating ‘sex’ as a taboo subject. This way people will feel more comfortable sharing their urges and receiving help before committing a crime.

“It’s ok for them to ask for help, I know sex is a taboo here in Vanuatu but it would be important for people to understand and ask for help on how to manage these urges,” he said.  “You can’t just pick on these people, it’s a whole community approach (to assist and help rehabilitate offenders)”. 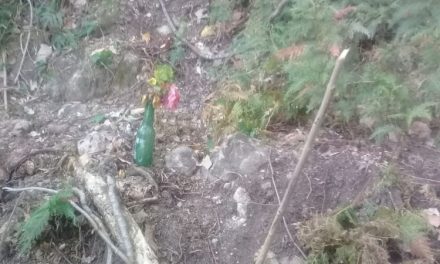