The Leader of Opposition has called on the Public Prosecutor to appeal the sentence give to the Minister of Climate Change and to seek a sentence that will be more representative of how people expect leaders to be penalised for deliberately or recklessly breaking the law.

In a statement issued by MP Ralph Regenvanu, he stated that he was “surprised at the leniency of the sentence, especially as the facts involve a State Minister, committing a number of serious unlawful acts including sexual harassment and breaches of the Aviation Security Act which constituted a threat to the safety and security of an aircraft and its crew and passengers.

“Despite explicitly referring to the Leadership Code in the Constitution in his judgement — stating that Leingkon ‘must be held accountable for his disorderly and reprehensible conduct which has demeaned his office, called into question his integrity, and diminished respect and confidence in the Government which he represents’ — the Judge went on to penalise him with what any reasonable person would regard as an extremely paltry sentence.

“The amount of the fine itself is less than the remuneration Minister Leingkon receives in a fortnight.

“It is concerning also that this sentence is not consistent with the sentence given to other leaders; for example, former Prime Minister Joe Natuman, who pleaded guilty to charges for actions that arose from well-intentioned motives but nevertheless received a suspended jail sentence which resulted in him losing his seat as a Member of Parliament and as a Minister.

“As the Leader of the Opposition, I am concerned that this sentence sends the wrong signal not only to the people of Vanuatu but particularly to other leaders.

“If leaders can completely contravene the requirements for leadership laid out in the Constitution and only be penalised with community work, I fear there is not enough of a deterrence to them behaving even more badly.

“I am disappointed in the decision of the judge, but also in the performance of the Office of the Public Prosecutor.”

In response to the comments of the Leader of Opposition, Public Relations Officer to the government, Mr. Fred Vurobaravu said the government welcomed the court decision.

He said the judgement was based on the the provisions of the law, before the court.

“It was unfortunate that the verdict did not appear as the Opposition bloc expected.

“The law was legislated by our leaders.

“If they felt the sentence was too lenient, it is their duty to amend it,” the PRO said.

But the PRO agreed that the attitude of Minister Bruno Leingkon is unacceptable, adding that it should be a lesson learnt for the leaders of this country.

Mr. Vurobaravu, on the other hand urged aviation agencies to step up with their rules.

He said had there been a tight security at the airport at that particular time, that incident would not have happened.

He also affirmed that national leaders must act responsibly and be good role models to their people. 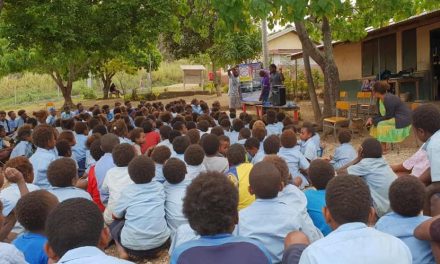 Another Glass Ceiling Shattered by King