In the wake of the rape allegations against the Napangasale Junior Secondary School Principal on a student of his, some parents and members of the public in general are now asking themselves whether schools are still safe and whether they can still trust the assigned teachers and principals to look after their children in a responsible manner.

Executive Director of the Vanuatu National Council of Women, Leias Cullwick has spoken out against the issue of sexual abuse of students in schools. The outspoken advocator said it all begins in the home.

“If a child is brought up right, the child then grows up to be a responsible and respectful adult in society,” she said.

She also touched on how kids should be taught to be resilient and realize dangerous situations so they can move away before anything happens.

The executive director said she was disgusted upon hearing about the incident at Napangasale Junior Secondary School and urged the Ministry of Education to terminate the principal (if the allegations are found to be true).

Principal Education Officer [PEO] of the school inspection and compliance unit under the Ministry of Education, Herem Navath stated that the ministry has a zero tolerance for such behaviour in schools.

The PEO continued saying that sometimes principals and teachers may seem like good people but when incidents like the alleged one at Napangasale take place and they bring in the code of ethics and this rules the certain principal out as being a fit and proper person to hold the job and the concerned principal is therefore put out of the education system as a whole.

One may question how such a person is chosen to be a school principal, Mr Navat explains that unfortunately there is no set criteria for employing a principal in Vanuatu so there may be some principals without a certificate, some may have, some may have diplomas, degrees and even masters.

However, selection is usually based on the knowledge and observation of a particular teacher and how they work. This enables them to decide whether he/she is good enough to be a principal.

He further explained that they also look at their behaviour, and whether they are good Christians and able to take care of the kids. When those in charge of recruitment see the person as fit and proper, they appoint him/her with all the trust and confidence to lead and be responsible.

Mr Timatua stated that The TSC is working very hard right now to set criteria for the selection of principals from primary to secondary level of education.

Timatua said that once the budget is ready, they will start advertising for any interested candidates to apply for principal positions.

The Commission will not only look at their academic side but also look into their behavioural characteristics.

While the Napangasale principal’s case is still in court, the TSC and Ministry of Education may not seem to be making too much noise about the issue.

However, that doesn’t mean that they support such behaviour.

The acting SG explained that they are waiting for the case to end and if he is found guilty, they can formally terminate him from the education system as a whole.

Timatua went on further and explained that during the amendment of the teaching services act in 2013, the TSC and the Ministry of Education tried to add in licensing and registration of teachers into part 4.

As the education authorities strongly believe that it is about time, they assess and properly screen potential teachers before granting them their teaching licenses.

Not only would their academic side be assessed but also their behaviour inside and outside the classroom. Former Director of education Services, Roy Obed stated that being a teacher is a “24-hour job”, whether in the school yard or outside. Teachers have to act as teachers as all eyes are on them wherever they go.

Now that registration and licensing has been introduced, the TSC is now in the final stages to license the teachers. There will be a behavioural checklist to be signed by a community pastor or chief to sign and determine whether they are fit and proper. The police too will have to give a clearance to assure parents that their children won’t be in the hands of a criminal.

Once inside the teachers are to behave well so children who come in can see a display of good character which can have a positive influence on them as teachers are role models as well.

The volcano disaster on Ambae has slowed down the process of teacher licensing as the commission is still waiting for those affected schools to be relocated back to Ambae.

Once that is done, and they complete their awareness with them, they can eventually start licensing the teachers all around Vanuatu.

The license will be valid for three years, an assessment will be conducted by the TSC and the Ministry of Education on whether the teacher is competent enough to still teach or not.

The renewal may or may not be made after the assessment.

“In terms of a shortage of teachers we cannot allow blacklisted teachers to still teach,” said acting SG Timatua.

A school principal who asked not to be named condemned the actions of the accused principal but agreed that the new policy of registration and licensing of teachers is a great initiative of the Ministry of Education to safeguard the children.

The concerned principal also stated that their school committee also works closely with the teaching staff to prevent such actions from taking place.

Deputy Director of the Police CID, Jack Talis gave out a stern warning to all teachers and principals who may be having dirty thoughts towards their students.

Mr Talis stated that parents work very hard to pay for school fees and many of them have big plans for their children to have a good job in future and help them in return.

He therefore mentioned that they should respect these students under their care and respect their fathers and mothers as well. 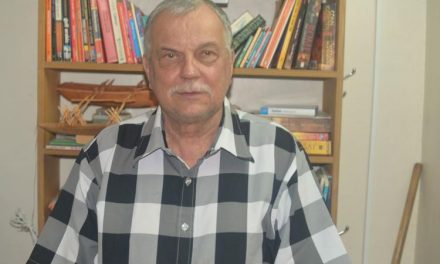 Principal concern over attendance and punctuality of students and staff 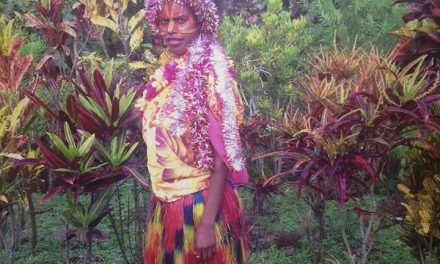